In the midst of all the nerfs, buffs, and Warlord traits that are amazingly named, but of questionable utility, the T’au Codex has also given us a look at the development of the ill-fated Fourth Sphere Expansion and what has been going on since the Cicatrix Maledictum cut the galaxy in half.

Let’s dive in–first, here’s a look at what exactly happened when the Fourth Sphere tried to expand out past the raging warp storms that isolated the Tau Empire in the Damocles Gulf.

Things looked pretty bleak for the old Tau empire until they decided to take a whole bunch of prototype ‘slipstream drives’ and activate them at once. And it went about exactly as you might expect a whole bunch of anti-matter explosions in one place might go: 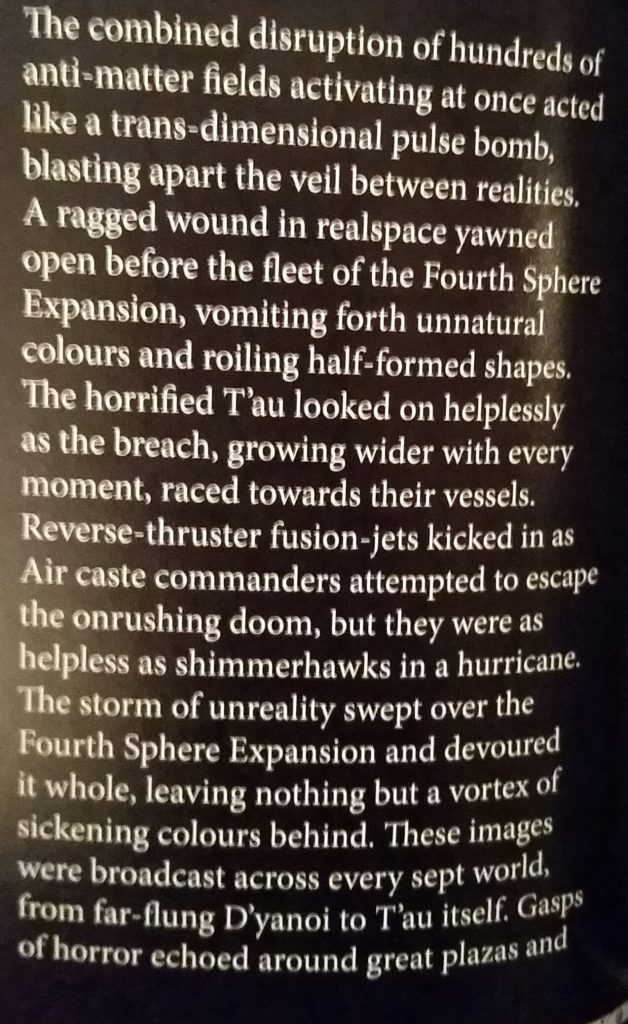 They tore open a warp-rift and got et by daemons. Good thing the Ethereal exist and can calm the populace without fail. It would be terrible if anything should ever happen to threaten that! And with that, the Tau join the ranks of everyone else who ever tries anything in 40K–they lose millions of lives and accomplish nothing.

That’s right, a lone Drone proved that not only ate they the best and most powerful unit in the Codex, but that also there’s apparently a stable Wormhole that connects two different parts of the Galaxy.

This is where the 5th Sphere begins. Fortunately the Tau are all reasonable, and if any are out of line the Ethereals, now once again in contact with their far flung outposts, can bring them in line lest they go crazy and start killing any non-Tau allies that they might pick up. 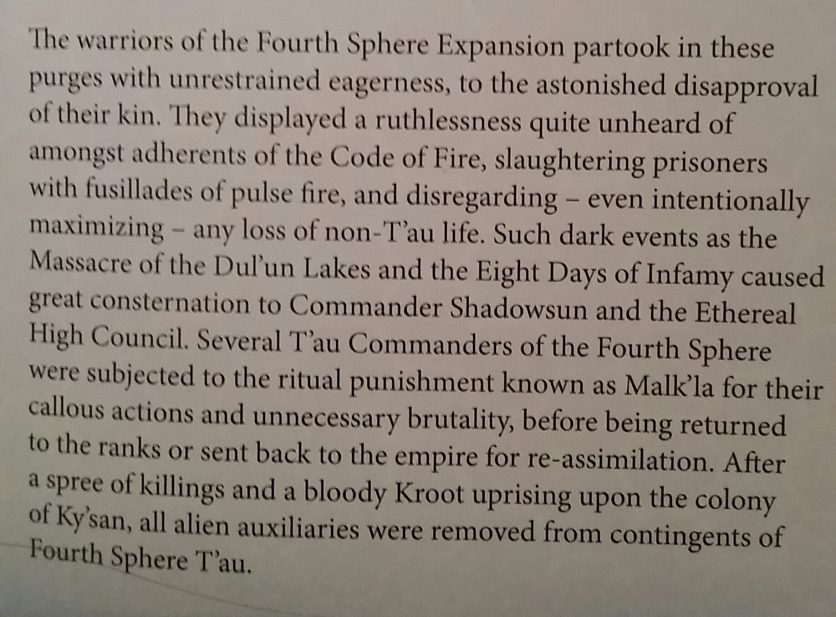 That would just be real dire.

Sure is a good thing that would never happen.