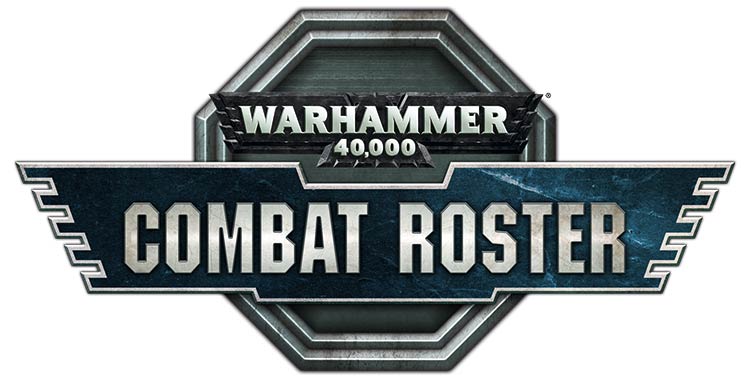 Combat Roster is an online list-builder that lets you construct lists using Power Level for free – basically, we liked Warscroll Builder so much that we commissioned Tom, a fan of ours and keen programmer, to make something like it for Warhammer 40,000. Whether you’re looking to build a killer army for your next game, wondering what else you can fit on your list, or just want to see how many Gretchin you can squeeze into a 100 Power army,* you’ll find Combat Roster an invaluable tool. 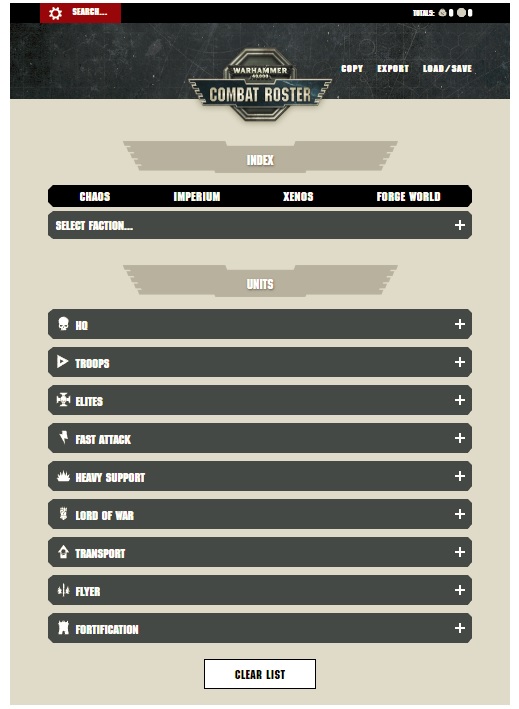 After poking around in the new tool there are a few things that are very apparent.

It’s pretty basic, but at least the Power Level is accurate!

If you’re looking for points you’re going to have to wait for the upcoming Warhammer 40,000 App that is currently under development. The Combat Roster does look like it’s based on a mix of Codex and Index information as well. If you’ll notice, there is not an option to pick Codex: T’au and build from there – you have to select which Index your army was in and select the faction from that drop down:

You can also adjust squad sizes via Power Level as well:

The Combat Roster’s Search is pretty impressive too so finding units should be that difficult: 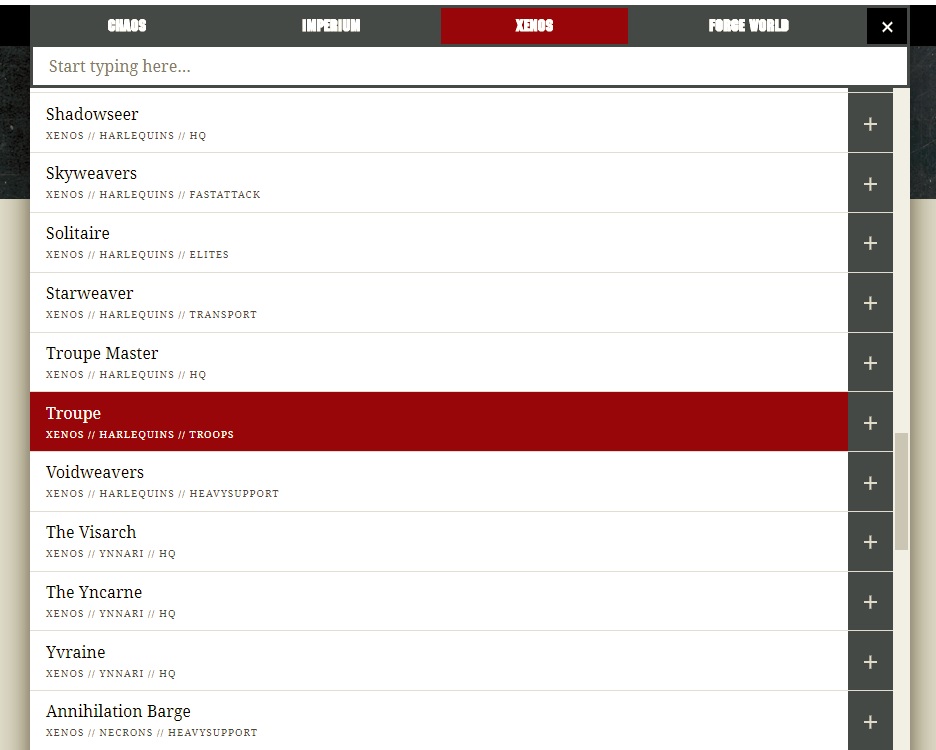 This is going to be great for newer players and casual folks who are just messing around. It works pretty smoothly and I’ve got no issues with what I’ve seen so far. Just keep in mind the Combat Roster doesn’t help you create a Matched Play ‘Legal’ list – there are no options to setup detachments, sub-factions, or restrictions. It’s just designed so that you can quickly figure out the Power Level of pretty much any army on the table.

If you’ve got some time, pop over to the Combat Roster and take a look!