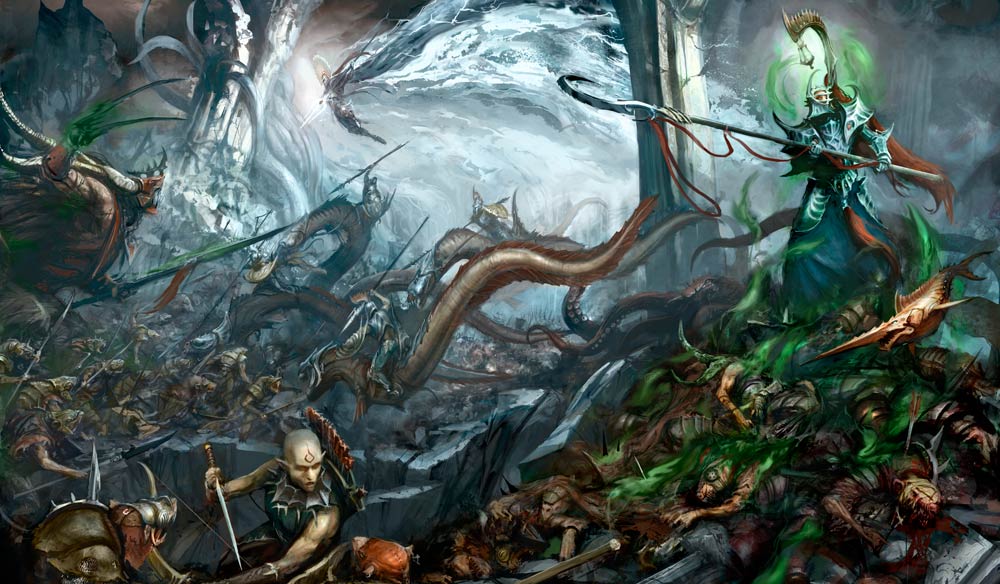 High King Volturnos and the Akhelian king lead the charge for next weeks pre-orders, accompanied by the eyeless Namarti Reavers, the deadly archers of the Idoneth Deepkin. Come take a look at what else is coming up from the depths!

The next wave of the Idoneth Deepkin are surging in with the tides. This time there’s a legendary high king (or just a regular guy, depending on how you build him) and the ranged unit, the Namarti Reavers. The Reavers are surprisingly deadly, but like the rest of their Deepkin brethren, they want to get up close and personal to be at their deadliest. Let’s take a look:

First up are the Namarti Reavers. 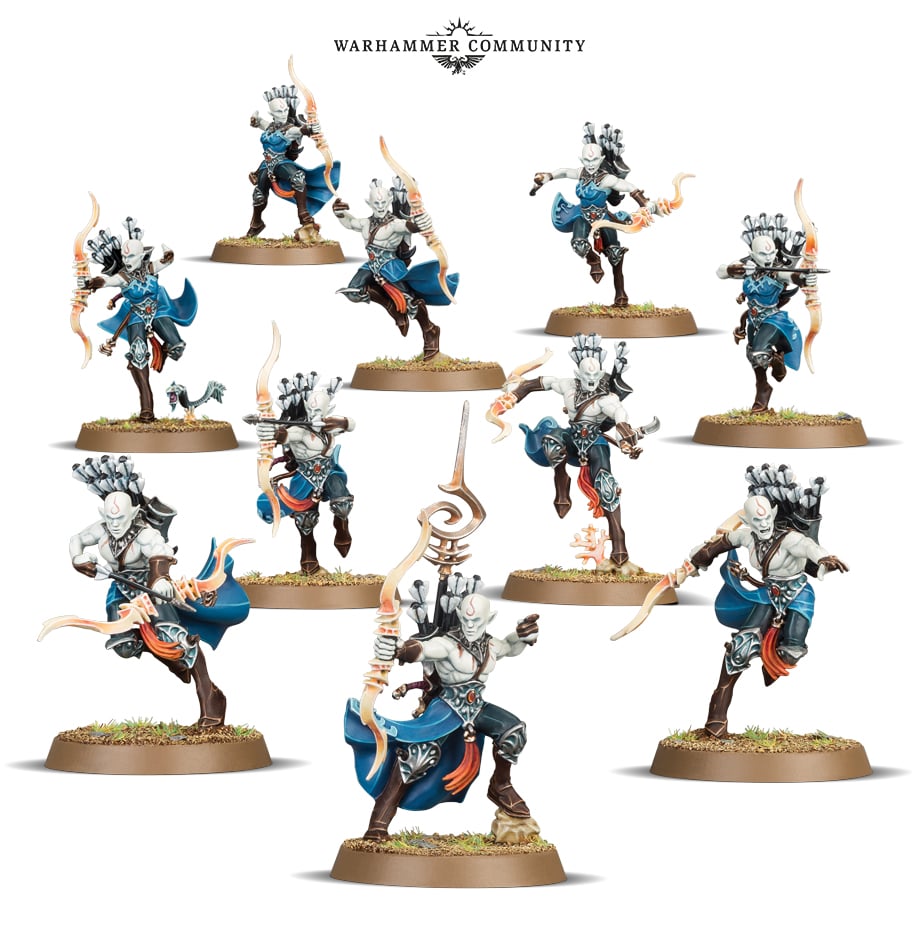 Namarti Reavers are raiders and scouts for your Idoneth Deepkin army and are ideal for holding objectives, slaying enemy war machine crew and generally making a nuisance of themselves on the tabletop.

If you take them, these Reavers will do more than just make interesting hood ornaments–they’re fairly standard archers–with an 18″ range and enough movement that they can pick out their targets, they do alright with their 4+/4+ shots, but where they really shine is at half-range.

The Akhelian King kit offers you two choices – an Akhelian King of your own invention or Volturnos, High King of the Deeps himself – a very special aelf indeed. 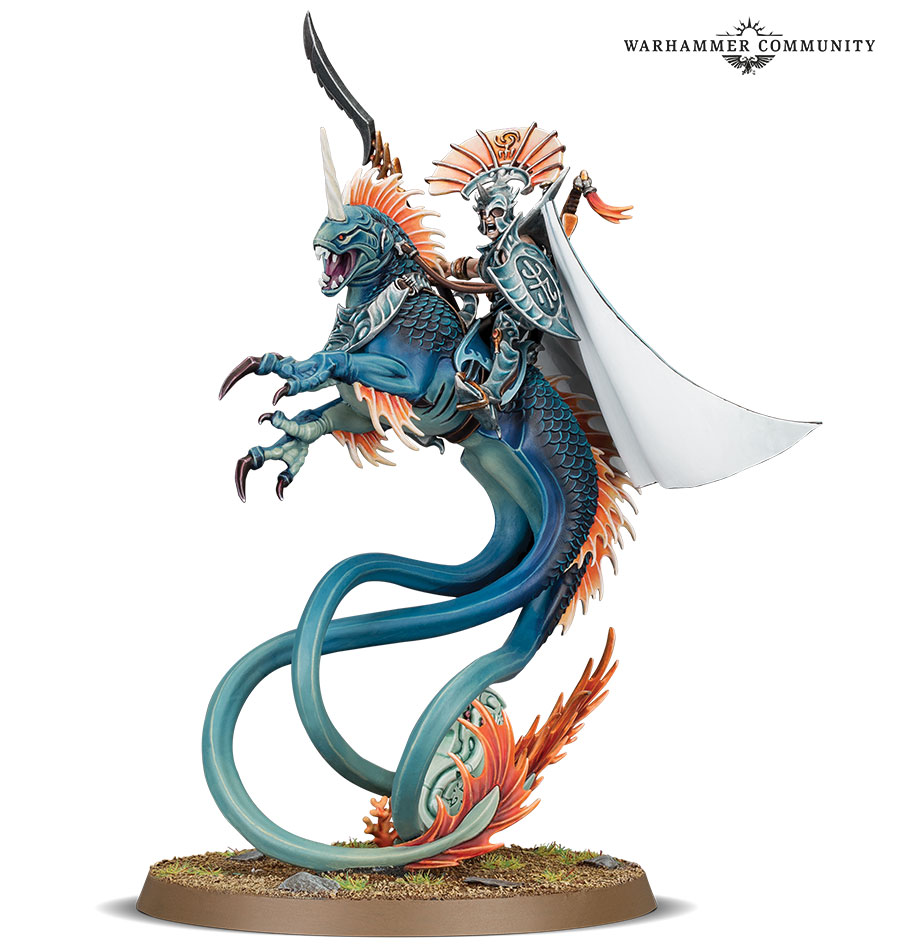 Volturnos isn’t just the greatest living Idoneth Deepkin – he’s also rumoured to be the first ever aelf created by Teclis, and is the last surviving member of the Cythai, the first, tragic generation of aelves to be created. Over the years, Volturnos has proven himself a talented commander and peerless warrior, siding with many enclaves and proving instrumental in transforming the Idoneth Deepkin into a powerful and established race. 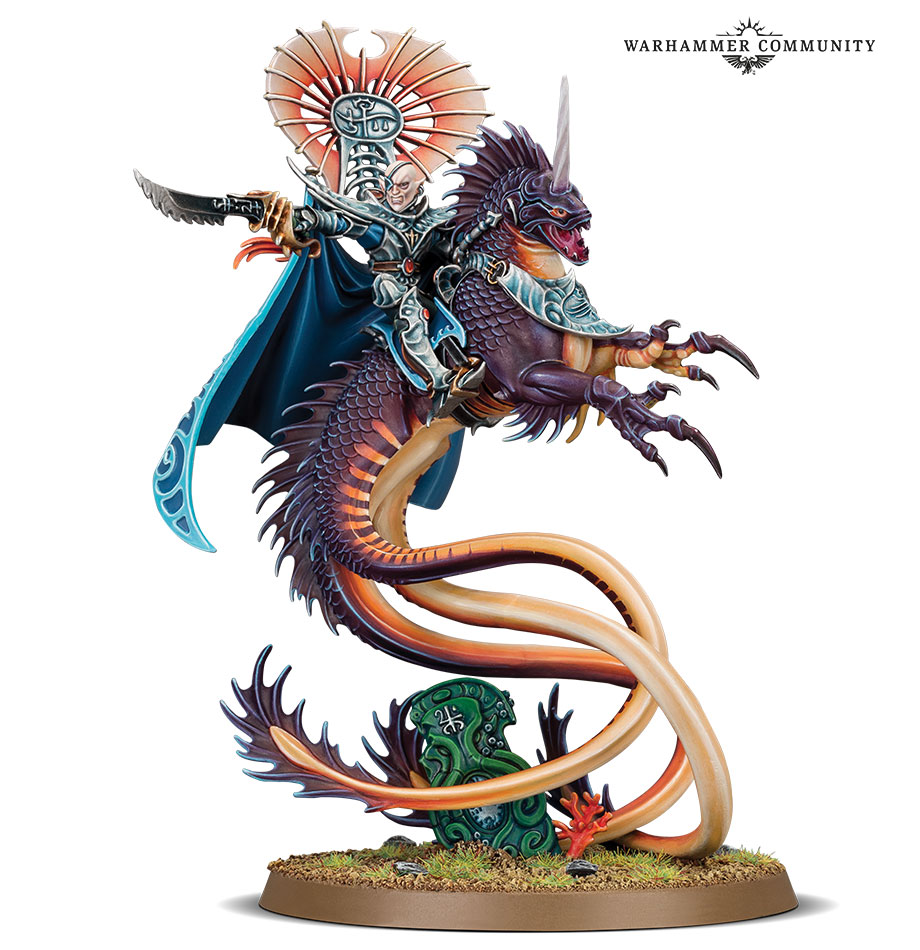 Whatever model you pick, you’ll get some powerful buffs for your army. 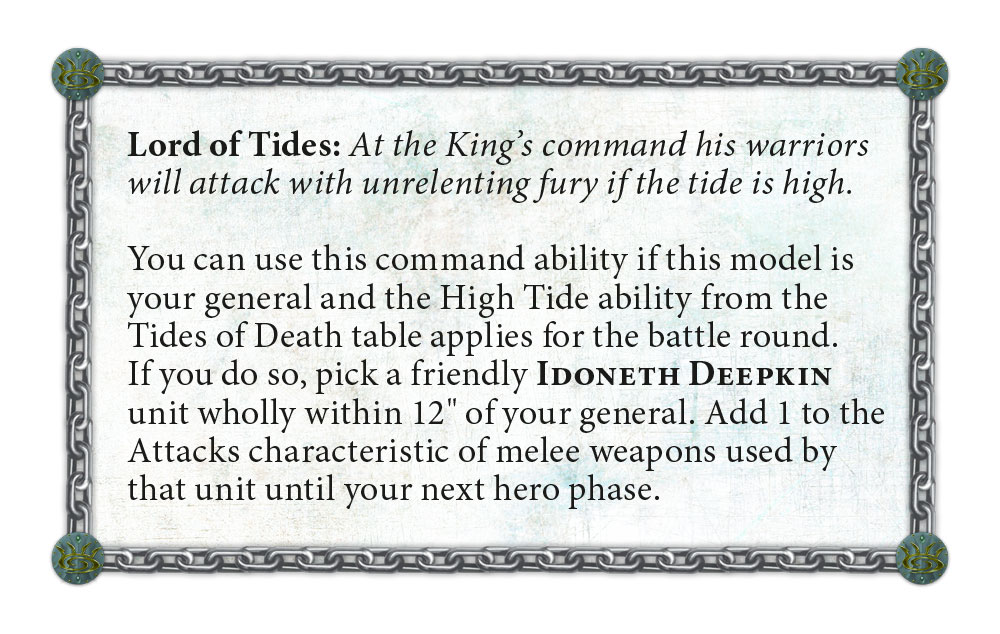 Lord of the Tides is all about making sure that you get the most out of High Tides. You’re already fighting first, now make sure you have an extra attack to pile on with it.

We’ll be going in a little more depth with the Idoneth Deepkin–and will definitely be showing these off on our Twitch Stream, so be sure and check it out.