D&D: The Sibriex Slithers Out Of Mordenkainen’s Tome Of Foes

Following a devastating defeat at the hands of the Githyanki Supreme Commander during Mordenkainen’s Mayhem, the stats for the Sibriex have been revealed. Take a look at this ancient evil…

Mordenkainen’s Mayhem enters into its final week, with the Supreme Commander of the Githyanki gearing up for battle against the Nightwalker–but in the wake of the Githyanki victory, we have a look at the defeated demon and abyssal agony. Corruption follows in its wake, and abyssal wretches flock to it like carrion birds to a carcass. 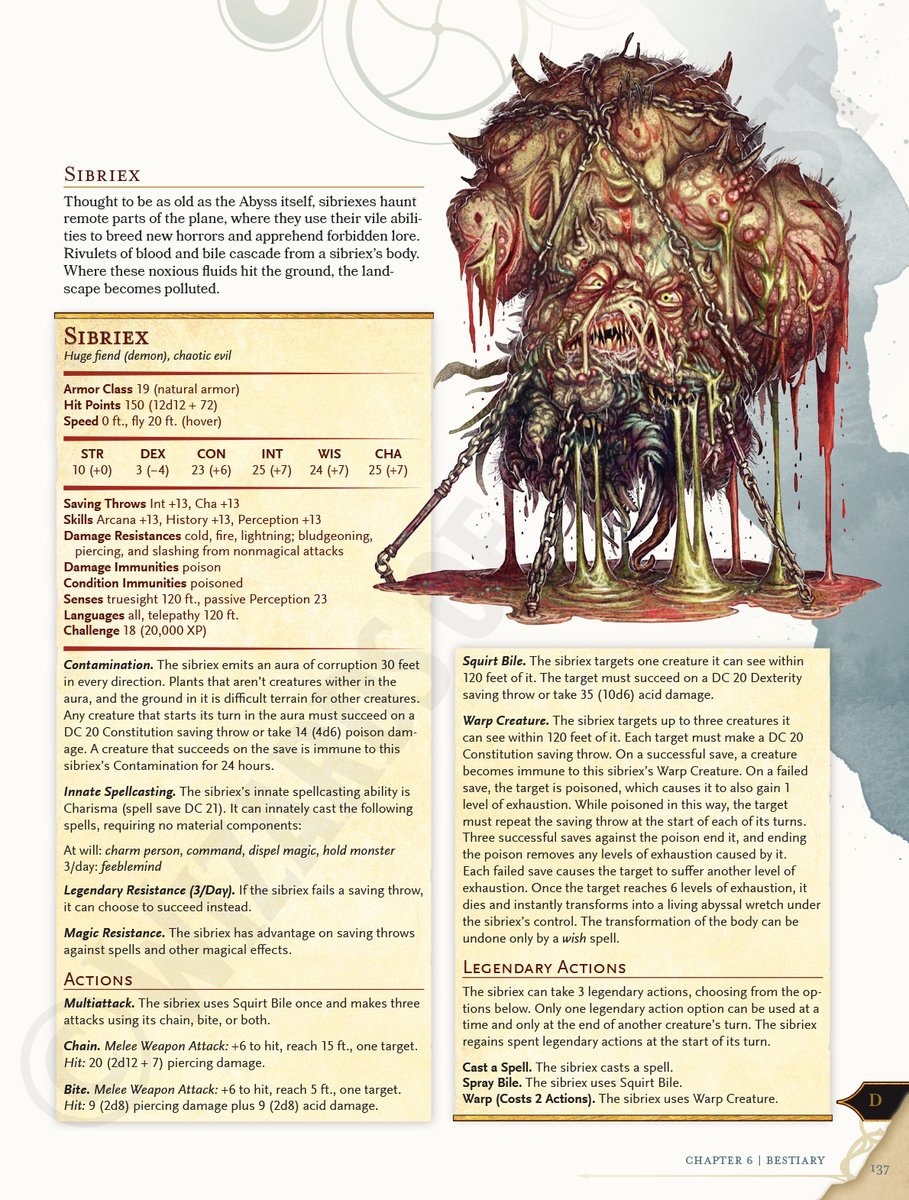 Another fine example of a high-CR creature. But where the Astral Dreadnought is a melee brawler, and Moloch is a mobile skirmisher who can put the hurt on even hard targets when he isolates them, Sibriex leans really heavily into battlefield control. Everything about it speaks to its story of “demon that corrupts the land and creatures around it.” Fun fact, a Sibriex is originally an Obyrith–a demon so ancient it predates the world, mortals, even the gods–basically an ancient evil from a previous universe.

An obyrith was a type of demon. It was so ancient it predated mortal life, and even the gods. They rarely had a humanoid shape, and some said that just looking at an obyrith could drive a mortal insane. Some obyrith lords had evolved over time to take on more recognizable shapes, such as Pazuzu or Pale Night.

And it plays that theme incredibly well. If you want to control the fight, you can determine what creatures can and can’t use their abilities against you, you make it hard for them to access the battlefield, and you find ways of affecting creatures even when it’s not your turn. Let’s run through how the Sibriex does this.

Starting with its Contamination aura–which not only bogs down creatures near it [making it hard for them to navigate the battlefield] but damages them at the start of their turns. And at the end of a creature’s turn, a Sibriex has three legendary actions it can call on–damaging an enemy with a save or take 10d6, casting a spell (most notably Feeblemind, a powerful control spell to shut down a mage), or Warping a Creature.

And Warp Creature is another gift that keeps on giving. Poison is a debilitating condition, to begin with, giving creatures disadvantage on attacks and ability checks, but then as they fail saves (and DC 20 is hard) they gain exhaustion, which means by the time they’ve failed two saves they’re at a disadvantage and don’t have too much else to help save them in the few short rounds before they become Abyssal Wretches. 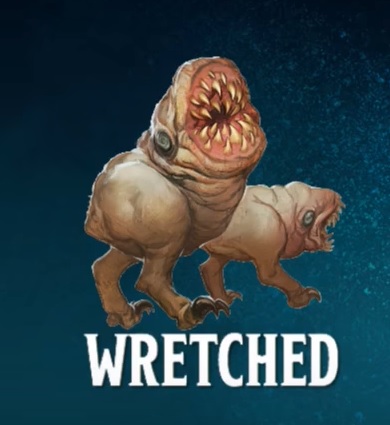 All that and it has three attacks plus a free Squirt Bile every turn–this thing can put out a surprising number of attacks–which makes it especially deadly when it’s accompanied by minions that help drive down the action economy.

Whether casting spells or corrupting creatures, a Sibriex can reshape an entire party. So keep that in mind should you find yourself facing one of these on the tabletop soon. 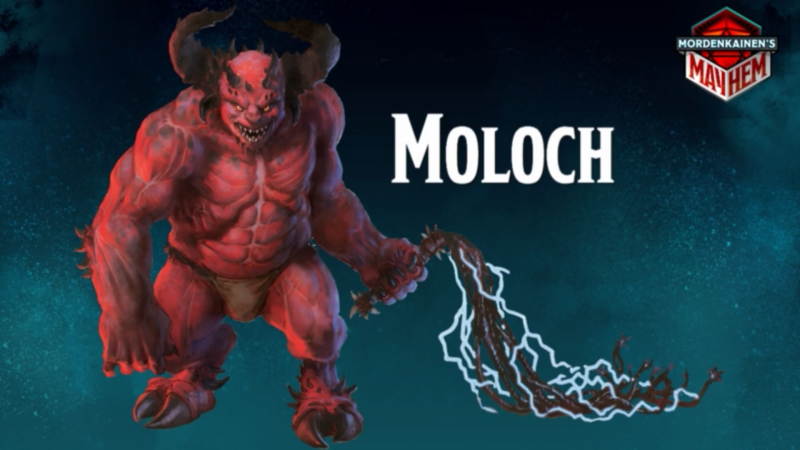