Forge World is letting the dogs out with the latest Hire Gun for Necromunda. It’s a House Orlock Merc and he’s bringing a faithful friend along for the bounty. I just hope you packed some Scooby Snacks for this four-legged fiend!

Back at the Horus Heresy and Necromunda Weekender, we previewed Slate Merdena and Macula, a pair of Hired Guns (the former takes creds, the latter is happy with biscuits) from House Orlock. You won’t have to wait too long to grab these guys for your gang, and we’ve got some painted versions to tide you over while you wait. 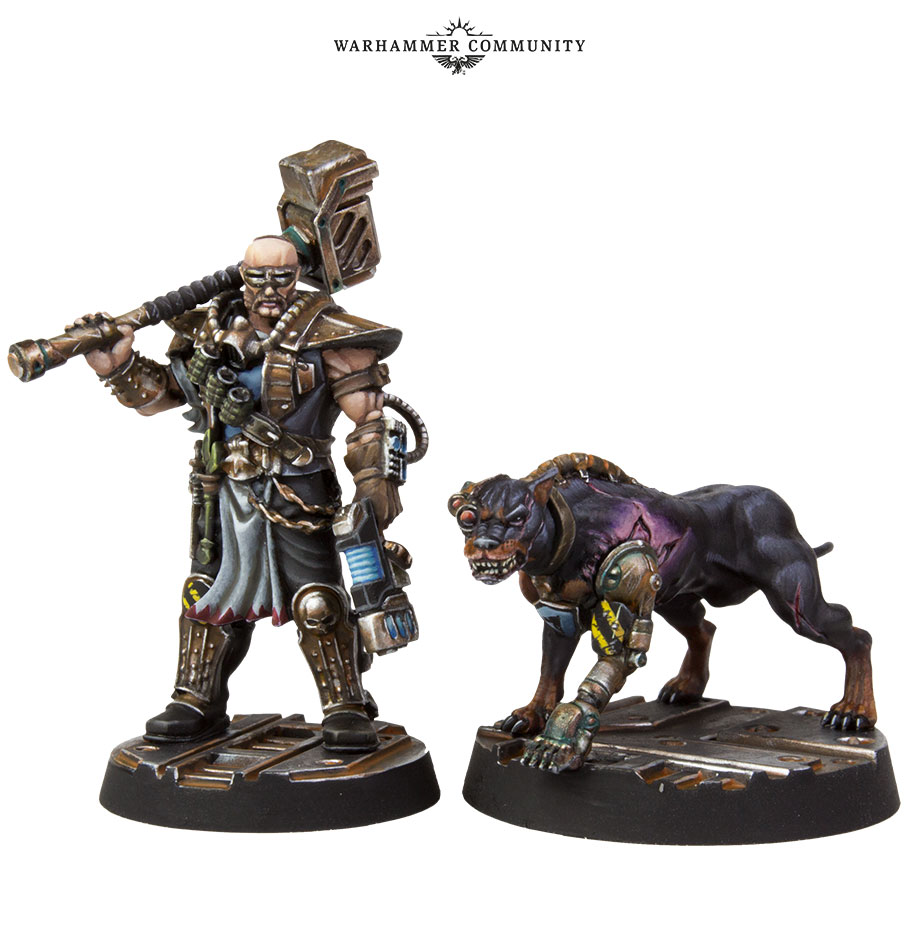 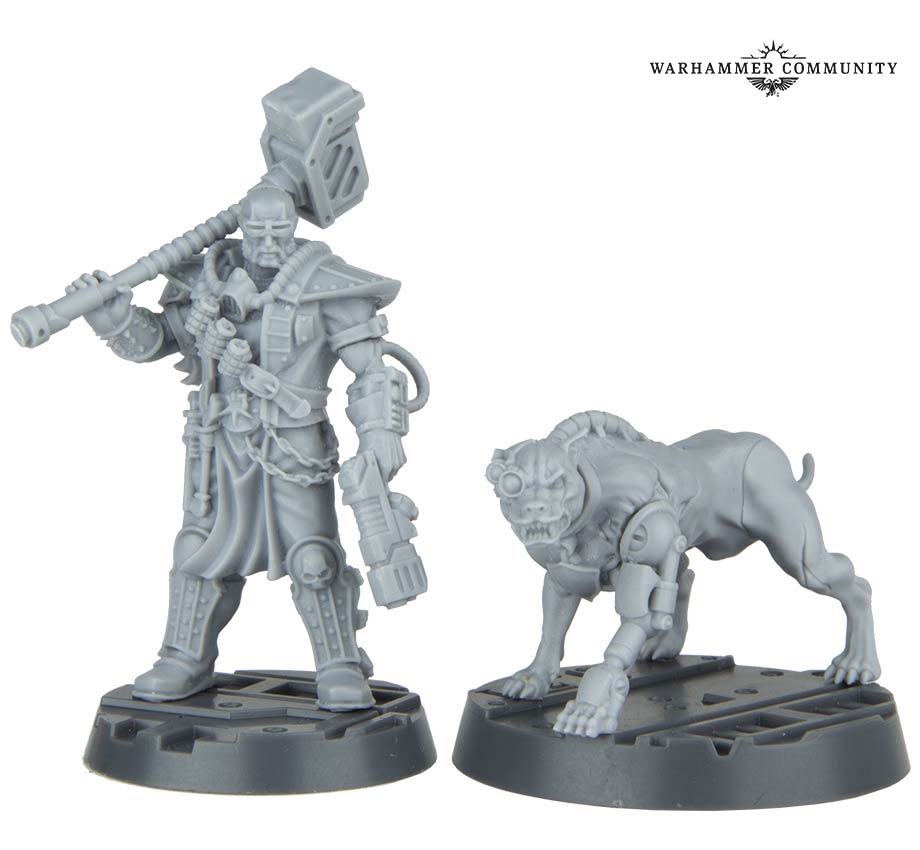 Well now we know who inspired the cover art for Gang War II – or maybe it the other way around. Either way this Orlock BOSS is coming and the Cyber-Mastiff is backing him up. This is one deadly looking duo!

Now, as far as the rule for these specific models, Slate Merdena and Macula, their ‘official’ rules will be out in a future Gang War Supplement. However, you’ll be able to use Slate as a member of your Orlock Gang (or a Hired Gun) and Cyber-Mastiff rules will be included in Gang War III. That’s also the book where you’ll find rules for these gangers:

Gang War III is coming as well as Van Saar, and these sweet new Hired Guns – The war in the Underhive is coming to a head! It’s a great time to get into Necromunda…

That Cyber-Mastiff is looking pretty mean…and did he swipe that Hammer from a Goliath member? What’s your take on the new Hired Gun?