‘Ere we go! In Episode 24, Adam briefly addresses the recent FAQ before taking his listeners for a play-by-play of the Louisiana 40K State Championship finals.

So the recent FAQ from Games-Workshop obviously changes things. It changes the way we play the game as we know it. While I didn’t want to focus on the FAQ in this episode I did want to use this micro platform to voice my opinion on it:

While much of the changes I agree with. The Rule Of Three, Increased Command Points for Battalion and Brigade Detachments are great changes for the game. Though I have to take serious pause to the changes to the Reserve mechanics. I cannot think of a Meta that is currently being dominated by Assault-centric armies and while Games-Workshop stated their intent with the Reserves changes as a way to curb the Alpha Strike, they’ve inherently neutered Assault in the game. In doing so, they’ve actually made Alpha Strikes better. On their livestream they stated that certain armies needed to account for Assault with things like Nurglings and Scouts, or screens. Most Assault armies had to protect their Deep Strike with these units as well. Now, Gunline or highly Alpha-centric armies like Guilliman Gunline, Astra Militarum and Eldar can save points on screens and units that push back the Deep Strike and re-invest those points back into boosting their Alpha – more guns.

You want to know how to beat a Deep Strike Assault army in this post-FAQ era? Stand and shoot, then move up if you can to prevent Deep Strikers from ever having a chance to deploy. Game over.

If you remember the halcyon days of 8th Edition, the game pretty much boiled down to whoever went first won. I fear the game is headed back to those dark days. Assault armies have always required an element of finesse to play and it’s apparent that Games-Workshop intends for us to play point-and-click armies, whether this is intentional or not I cannot say. I can say with some element of expertise that would have had zero chance of winning two of the games that I played in the Louisiana State Championships that you’ll listen to in Episode 24.

I worry that this change alone is not good for the game but I urge us all to play the new Beta Rules, make our own informed decisions, and write in to the FAQ team at Games-Workshop with your own feedback: [email protected]

Rant over. Now I hope you’ll tune in to this episode as I bring you along with me for the final event of the Louisiana State Championships. The State Championship was a four part series with events held in Baton Rogue, Shreveport, Slidell and Lafeyette and pulled gamers from all over the states of Louisiana, Mississippi, Alabama, Texas and Florida. We played missions that ranges from NOVA Missions, ITC, Warzone and a hybrid mission set in round 3.
Matthew Begnaud won round 1 in Baton Rogue, where I finished in the middle of the pack (my lowest scoring event) with a Chaos Soup List. Will Grant who we’ll discuss later in the article, won round 2 in Shreveport with a Chaos Soup List, I finished second here. And, Allen Broussard won round three at the event I organized in Slidell with Tyranids, with me placing fourth. It was a best 3-out-of-4 event, so we were dropping our lowest place scores, taking our highest.
I went into the event sitting in 2nd Place Overall behind a very talented general, Will Grant. I was trailing Will by 20-30 points and needed to have a really good day in order to close the gap. Did I pull it off? Well, you’ll have to listen to find out…

I hope you enjoy the show! If you have any ideas for show topics, advice, or comments – be sure to include them in the comment section below… 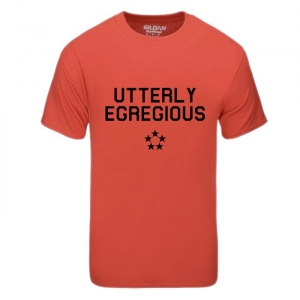 Did you know The Best General is now selling swag? Serious, how have you missed this? What size rock have you been living under?! It’s your one-stop-toy-army-surplus-store from your favorite wargaming podcast. We’ve got dice and tees featuring our five-star logo, as well as shirts that feature some of your favorite catch phrases from me and my guests. Pay a visit to: The Best General Store.

Author: Adam Abramowicz
Adam is a veteran competitive tabletop wargamer with over 10 years of experience. His specialty is Warhammer 40K. He is the man behind the podcast The Best General. He began writing for BoLS in 2018.
Advertisement
Podcast Warhammer 40k
Advertisement