GW knows this, that’s why they made Titan Legions. Membraine Studios knows this. That’s why they adapted the game into Adeptus Titanicus: Dominus. Check out our preview of the early access build below.

Adeptus Titanicus: Dominus, the 3D turn-based strategy PC game adaptation of Games Workshop’s Titan Legions tabletop game, puts you in control of the greatest weapons available to the Imperium of Man, the mighty Titans of the Adeptus Titanicus! 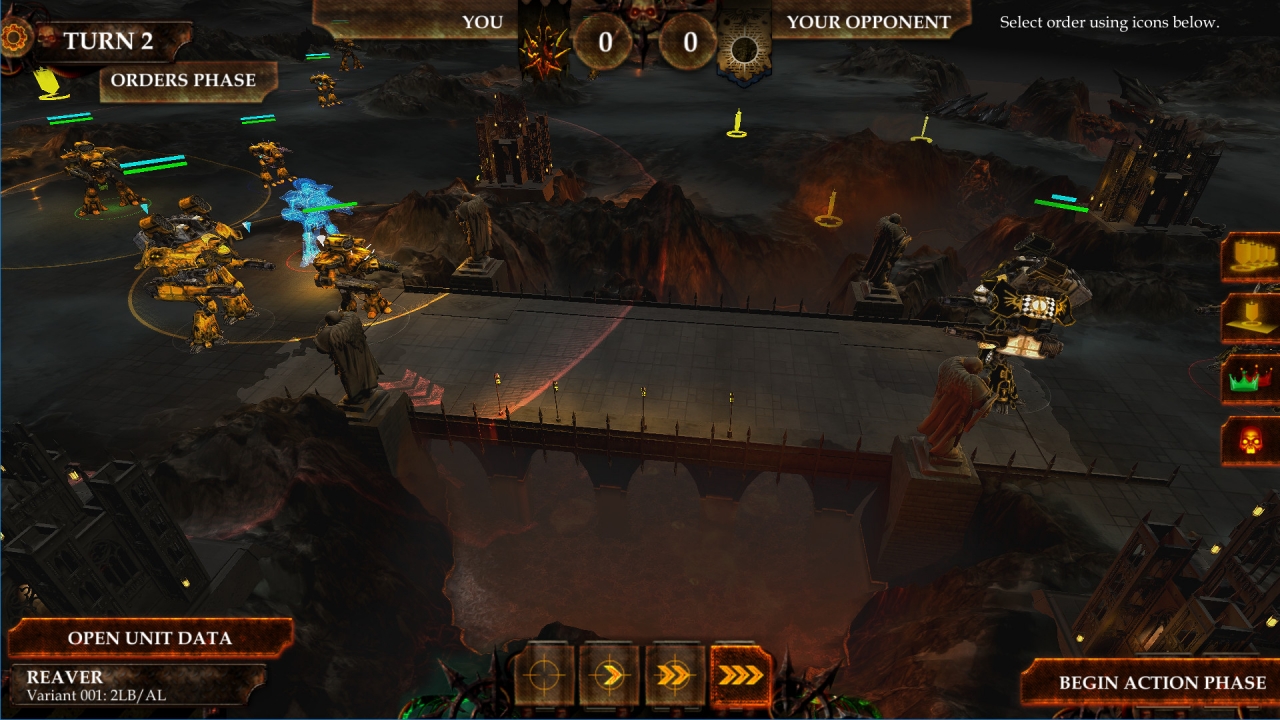 Futuristic warfare
Utilising the tabletop Titan Legions rules system as its foundation, Dominus features an easy-to-play yet deep strategic and tactical experience via its streamlined command system, which sees you and your opponent giving activation orders to your Titans, resulting in fast-paced battles. It successfully marries this strategic play with action sequences as the gargantuan Titans exchange volleys of cannon shots, blistering laser blasts and other epic, super-powered weapons of the far off future! 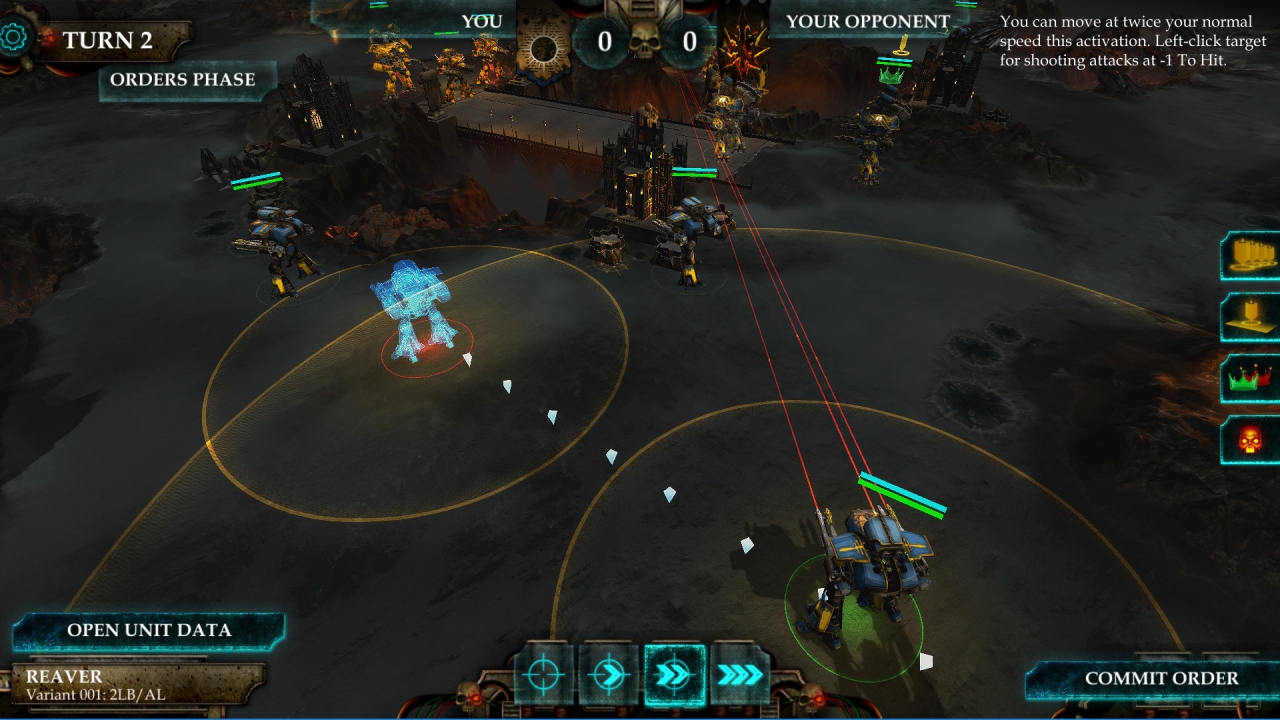 Easy to play, challenging to master
While luck will play a part as you trade blows with your foe on the futuristic battlefields of the 41st Millennium, your path to victory lies in your army list building and how you manoeuvre your units upon the battlefield. As a commander, you will have access to the most classic, iconic Titan units from the Warhammer 40,000 universe: Warhounds, Reavers and the gigantic Warlord, for both the Imperial and Chaos factions. Each of these Titans will have multiple variants available, featuring different weapon configurations, thereby enabling your Titans to fulfil the battlefield role your strategy demands. 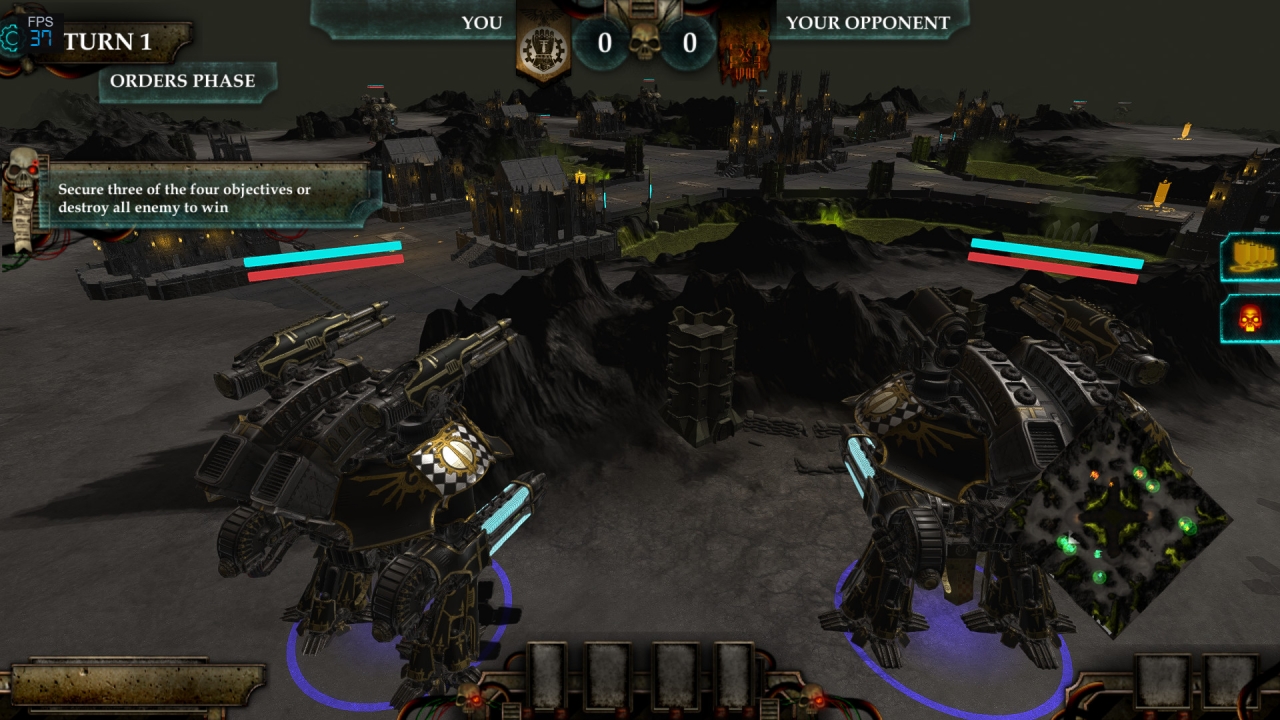 These war machines might be incredibly costly, so sometimes in order to help pay for them Planetary Governors will have to Titan their belts…