One Dead Empire rises, an ancient superweapon falls–both will have to be destroyed if heroes are expected to survive the Dead Suns Adventure Path.

The Dead Suns adventure path draws to a close with an explosive conflict–the Corpse Fleet of the planet Eox, known for their high-tech necromancy, attempts to seize and activate an ancient superweapon. Both the corpse fleet and the Stellar Degenerator (the weapon) poise deadly threats to life in the galaxy–the players have quite a fight ahead of them if they want to try and save the galaxy. 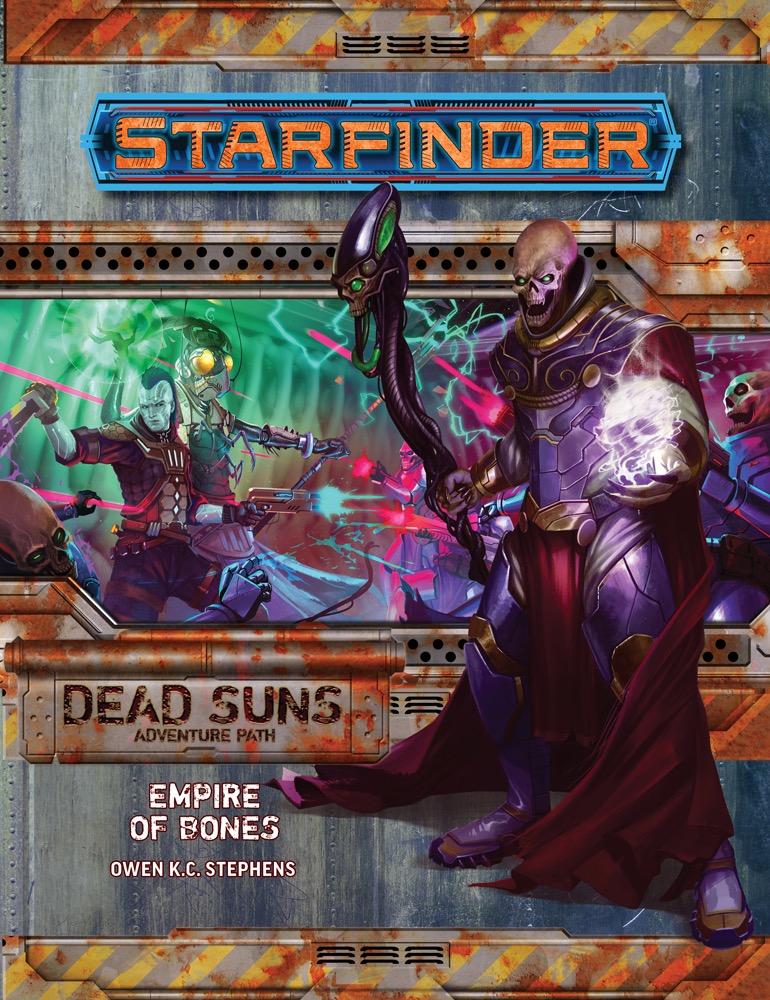 The undead Corpse Fleet has appeared in orbit above the Gate of Twelve Suns, intent on seizing the ancient alien superweapon called the Stellar Degenerator. The heroes are massively outgunned, and their only hope to defeat the Corpse Fleet is by infiltrating the fleet’s flagship and taking control of the vessel’s bridge. Only then can the heroes pilot the ship on a collision course with the superweapon in a desperate bid to end both threats at once. If successful, the heroes can destroy the Stellar Degenerator, but they’ll need to escape the carnage to live to tell the tale!

Pathfinder: Flip Into This New Village