Wyrd: The Sharpshooter – Adjunct to the King’s Empire

Enjoy the latest preview from The Other Side. It’s probably the only time you’ll see the Sharpshooter before he sees you!

This adjunct for the King’s Empire has lots of cool stuff going on.  Take a look. 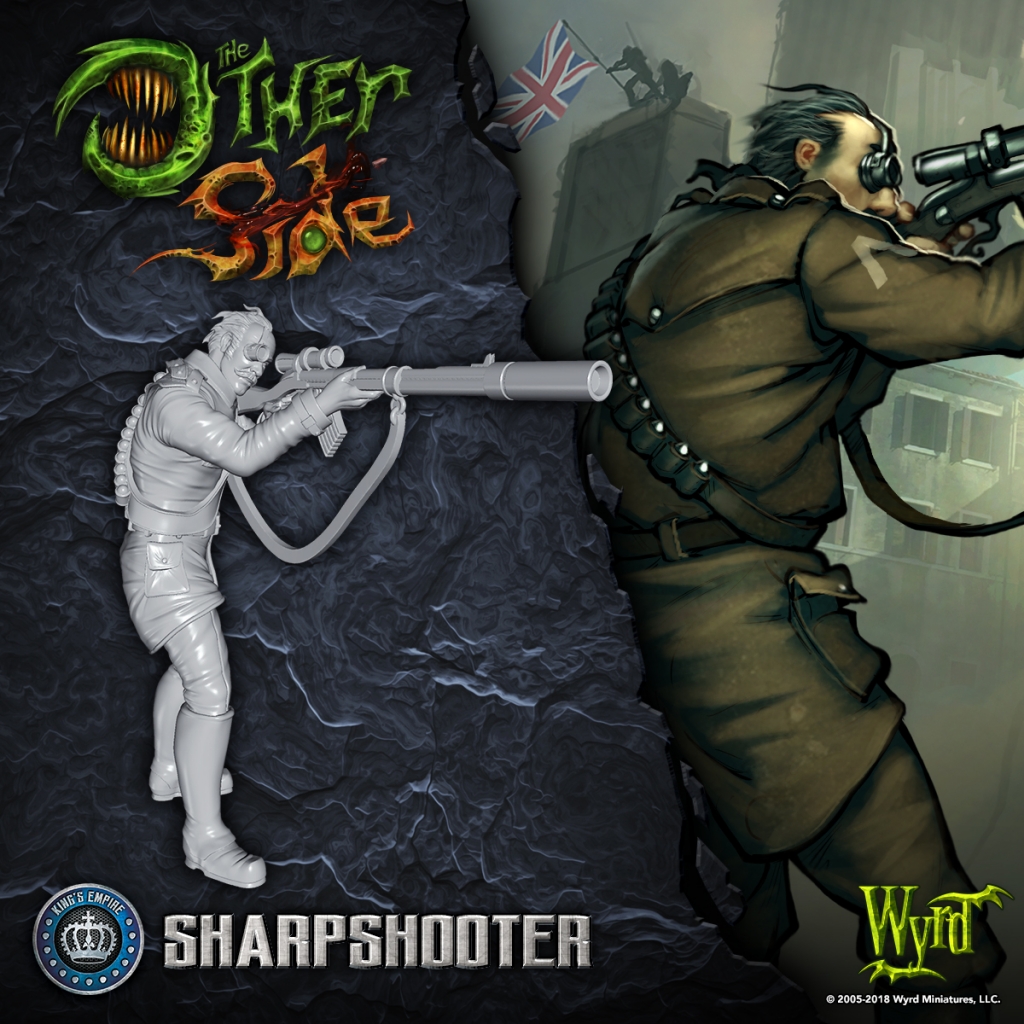 Many units in the King’s Empire have begun bringing a specialist into battle: a Sharpshooter. Equipped with long rifles, these Sharpshooters can often aid their unit in myriad ways. Most commonly, these skilled shooters serve as inspiration for the rest of their unit to go above and beyond for King and country.

On the tabletop, Sharpshooters improve their unit’s accuracy and gain an extra Action, making them a solid addition to any King’s Empire infantry unit.

Author: Larry Vela
Dad, Gamer, Publisher, Pilot, Texan. All games all the time since junior-high. I started BoLS Interactive in 2006. I’m a lifelong tabletop & RPG gaming enthusiast, and internet publisher working to entertain and inform my readers every day. I've been playing RPGs and Tabletop Games since the 1970s. I'm been playing and covering Warhammer and Warhammer 40K for over 35 years.
Advertisement
Miniatures Tabletop News Wyrd
Advertisement