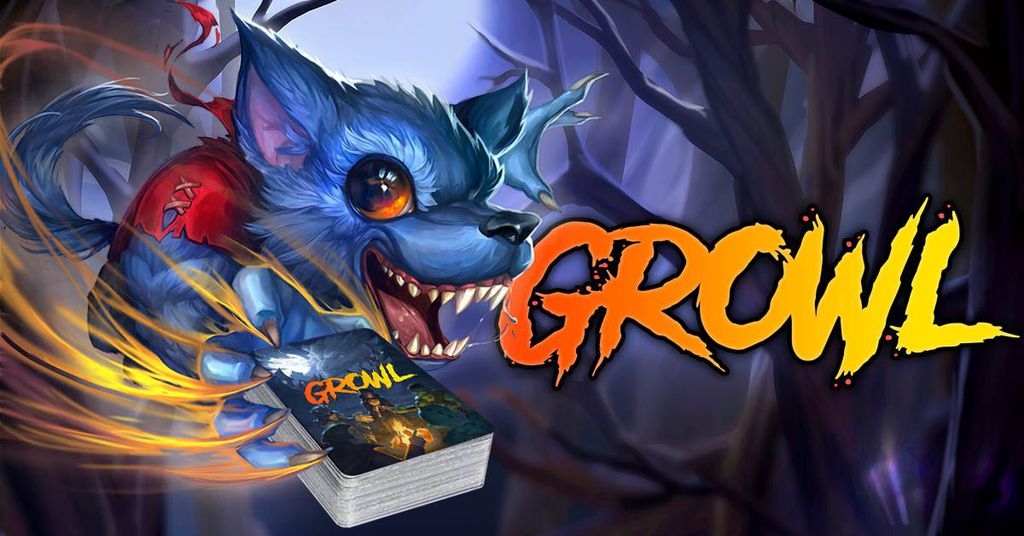 Growl puts a fun new twist on the hidden roles deduction style of party game. Rather than the most boisterous players forcefully bluffing their way to victory, here everyone gets a part of the action.

In Growl, each player starts with a hidden card which either designates them as Wolf Zero (the first werewolf) or as a lowly human. In the center of the play area is a pile of face-up cards. On each players turn, they must give the top card to another player. These cards can be Bites, which turns a player into a werewolf if they collect 3; Charms, which cancel a Bite card; Wounds, which kill a player if they collect 3; or Salves, which heal Wounds. 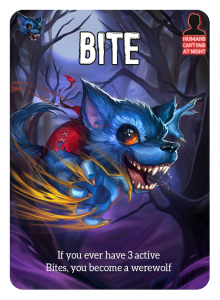 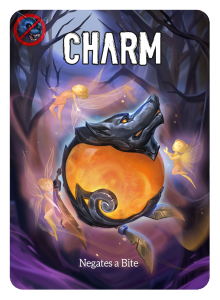 Throughout the deck are 3 Night cards which trigger the nightfall event. During this phase, each player takes 2 cards from their hand and passes one to the left and one to the right. Players shuffle their newly acquired cards together and determine if they survived the night or if they’ve been turned. After the 3rd Night, Wolf Zero begins growling. In turn, all other players that have turned wolf begin growling as well.  If even one human survives until the end of the third night, they win the game. Otherwise, the wolves reign supreme. 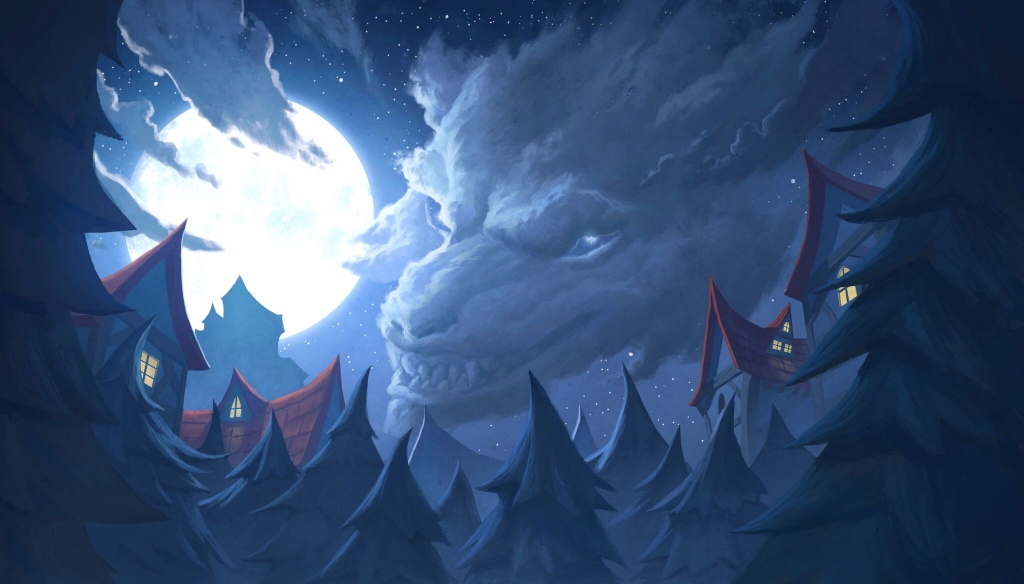 Growl brings a fun and interesting twist to this format of game. I love the idea of being required to give other players cards as a core mechanic. It tries to steer away from the “loudest people win” stereotype that these games often fall into. It gets everyone involved and brings them all into the action. No coasting to victory in this game! 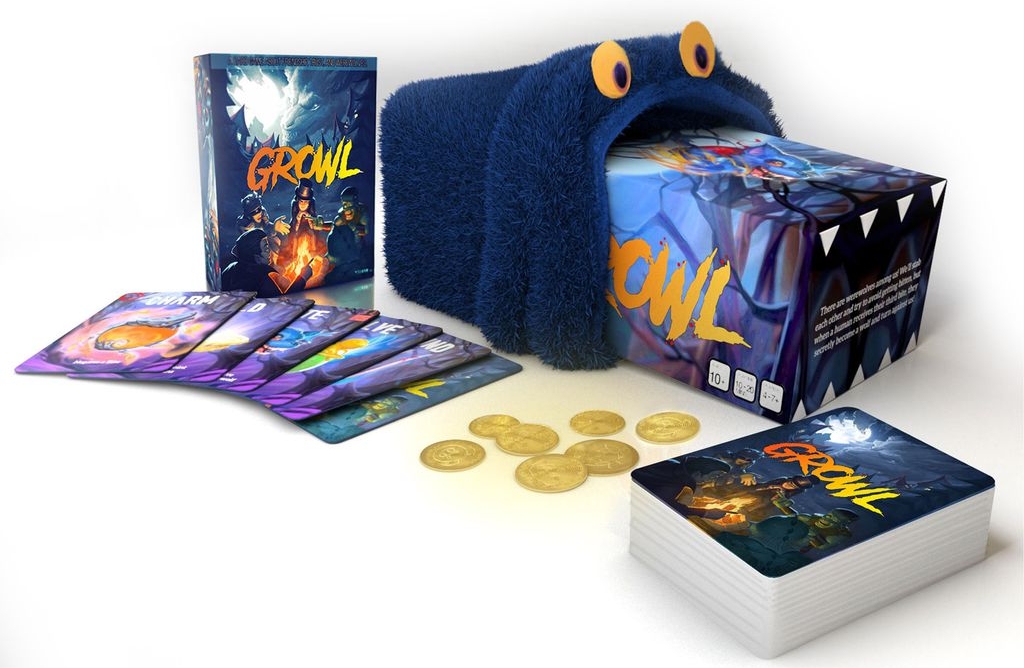 There are werewolves among us! We’ll stab each other and try to avoid getting bitten, but when a human receives their third bite, they secretly become a wolf and turn against us!