Gale Force Nine: The Vault Of Dragons Beckons – Criminals And Capers In Waterdeep

Gale Force Nine’s new D&D board game, Vault of Dragons, is a criminal heist game set in the City of Splendors, and is meant as a companion piece for the upcoming Waterdeep: Dragon Heist. We’ve got a sneak peek at what’s inside, so come and see for yourself.

The world runs on Gold Pieces. Whether you’re an adventurer, trying to afford enough to buy some plate mail for the first time, or hoping to bankrupt a small kingdom while you try and have a sword commissioned that can burn and freeze and dissolve your enemies with poisonous acid all at once, gold can move mountains. Or at least cause people to move mountains to try to get at it. So when a cache of gold (or Dragons as they’re called in Waterdeep) is up for grabs, you’ve got a whole bunch of people who are very interested in making sure their hands are the ones grasping it. 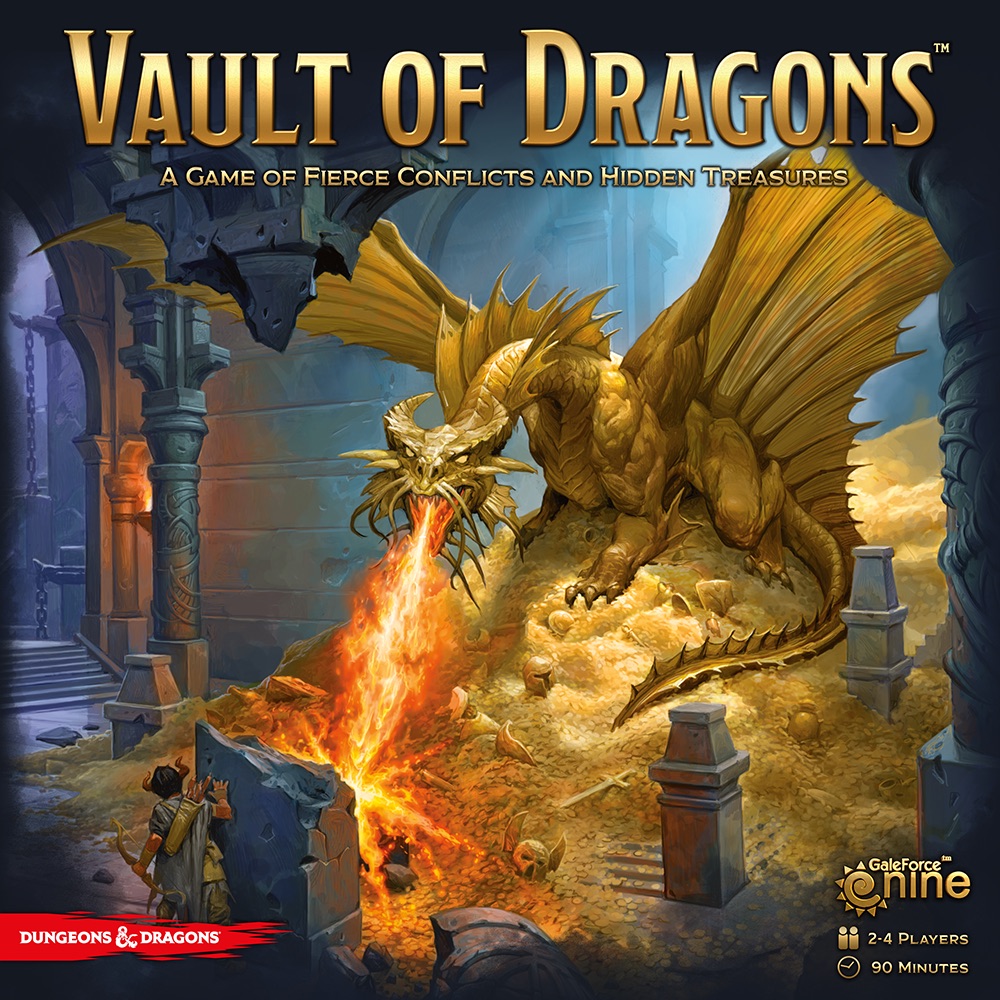 Welcome to Waterdeep, Dragon’s Vault, the new D&D Board Game from Gale Force Nine. This game pits you as one of the four criminal syndicates/organizations looking to break into the Vault of Dragons. You’ll be taking command of adventurers and agents, sending them to try and control locations throughout the city, claiming territory for yourself, hampering your enemies, and trying to find enough clues that you can brave Undermountain to try and claim the Vault of Dragons. 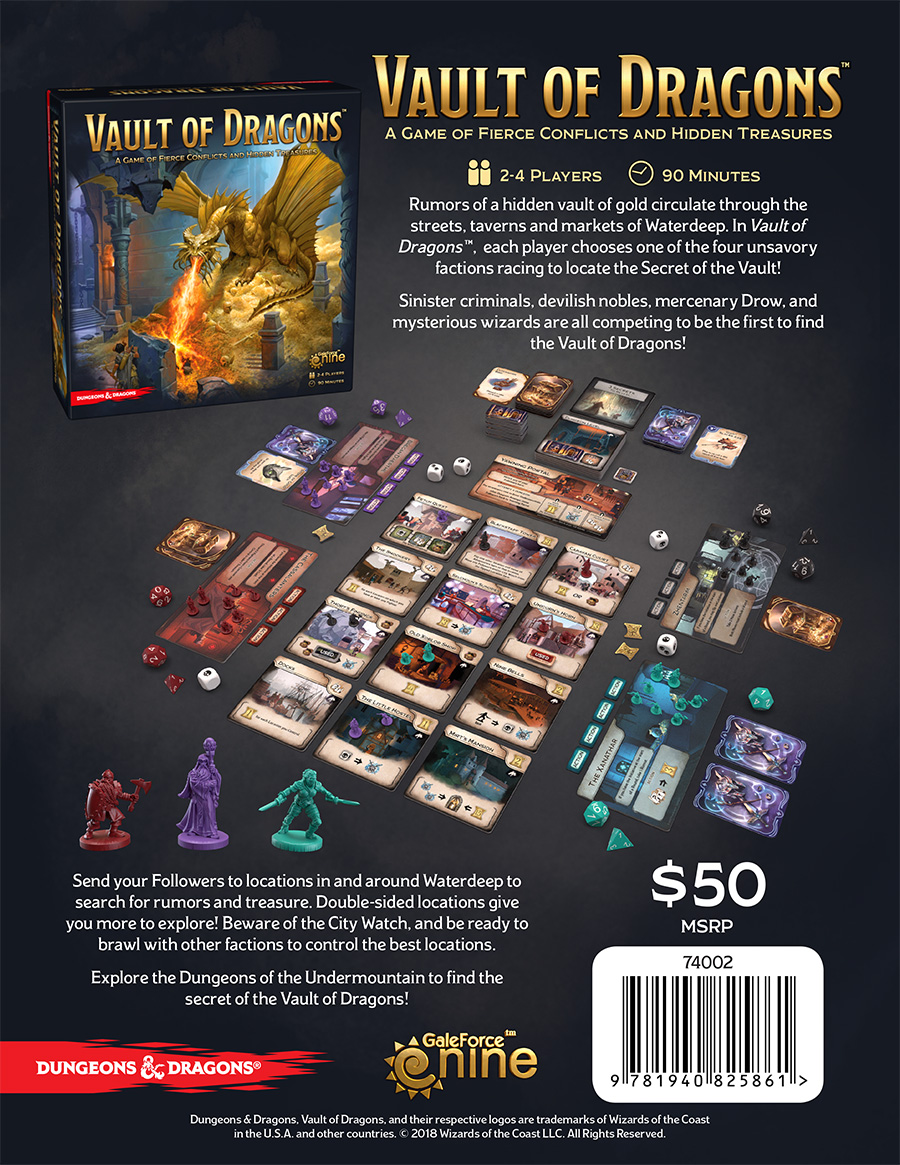 As you can see from the layout up there, you’ve got tiles for your various locations, each of which is double sided and that has various actions you can do while your agents are present. So lots of the standard worker placement stuff. What activities you can do on your turn depends on your personal economy, and the like. 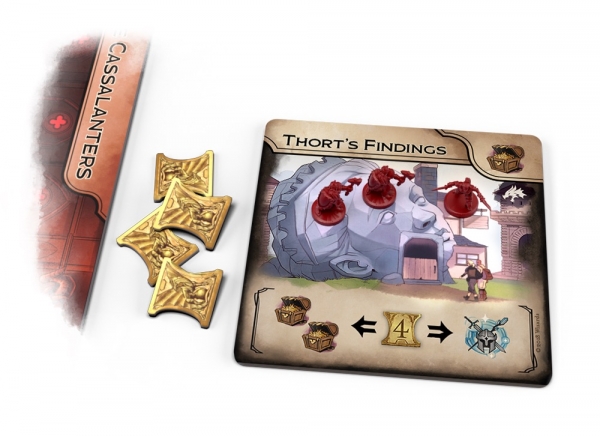 As you can see there are gold pieces you can use to exchange for artifacts and treasure:

Which you can also find hidden in the dungeon. There’s a lot going on in this game–and a few interesting reveals about what to expect in Undermountain–apparently level 16 is a Crystal Labyrinth 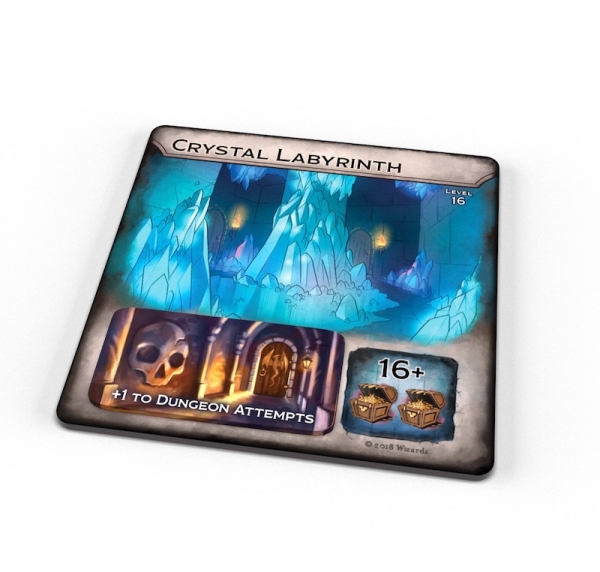 All of which goes to the whole Waterdeep experience. You’ll have to send your adventurers to the Yawning Portal and into Undermountain to try and claim the gold, but watch out, because Undermountain is tough–it might be easier just to rob your opponents adventurers already battle weary from their dungeon exploits…

Vault of Dragons is due out in August, you can play it if you’re attending this year’s GenCon.

There’s gold in them thar hills! Well…under ’em at any rate!