Geekery: The Fascinating Story of Marcenwol Comes to Life in New Movie 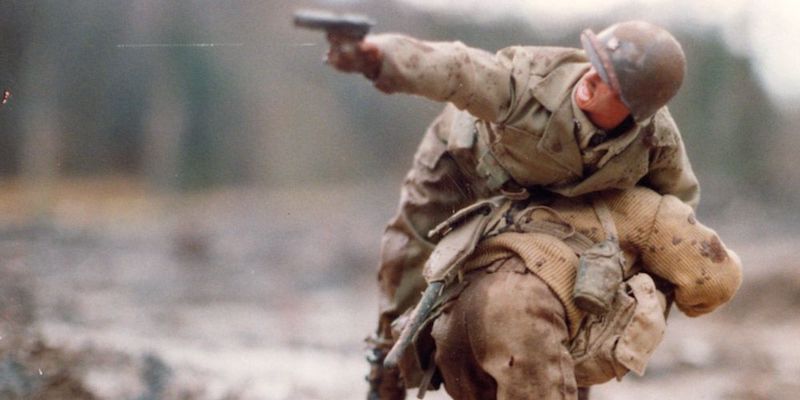 The award winning documentary about the town Mark Hogancamp created to remember his life after he suffered traumatic brain damage is being translated into a feature film with Steve Carell. If you’re wanting an uplifting movie with an interesting story, this fits the bill.

Mark Hogancamp was attacked, and nearly killed, by a group of men outside of a bar in 2000. He ended up in a coma for 9 days, and had to undergo a lengthy and arduous recovery to walk, eat, and do every day tasks. The assault left with permanent brain damage that caused memory damage – he lost most of what he knew of his life before the attack.

He coped with all of this by creating his own world – Marwencol – set in Belgium during WWII. He created immense dioramas using toys, created characters that represented his friends and family, and took photos of the stories that took place in the town (like the one at the top of this article).

Hogancamp’s life is fascinating. I really hope Zemeckis doesn’t make it overly sweet, as is his habit. It needs a sense of Hogancamp’s humanity, it shouldn’t  just be a fantasy movie about animated dolls carrying out adventures. That would be waste – this is a harrowing story of struggle and reinvention.

If you’re interested in learning more a documentary was made about him in 2010 – it’s available on iTunes right now.