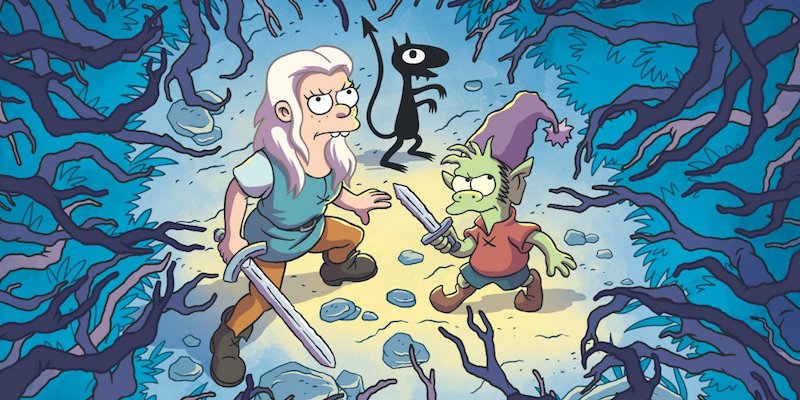 The animator has tackled the future and the present – his latest goes back into the past. Enter the world of Dreamland – home of Princess Bean, her rambunctious elf friend Elfo, and her personal demon Luci.

Netflix’s VP of Original Content, Cindy Holland, thinks it’ll be a hit with fans of animation with a snarky attitude. They have enough faith in it that they’ve already ordered a second season.

“Matt Groening’s brilliant work has resonated with generations around the world and we couldn’t be happier to work with him on Disenchantment. The series will bear his trademark animation style and biting wit, and we think it’s a perfect fit for our many Netflix animation fans.”

All ten episodes of the first season of Disenchantment will drop on Netflix August 17th.