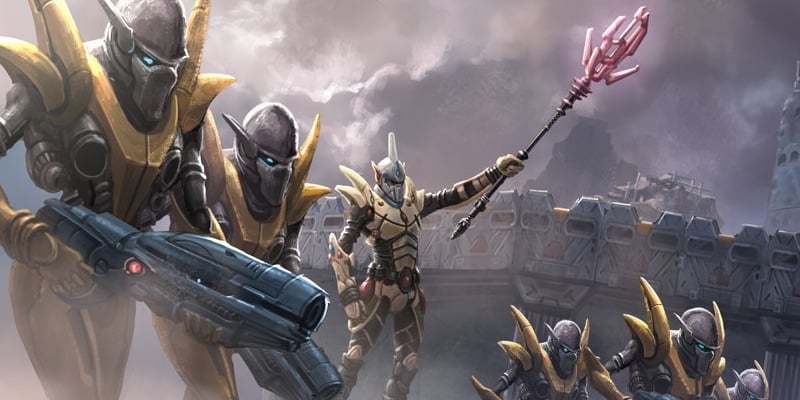 Get ready for this year’s Deadzone summer campaign with this faction focus from Mantic. The Asterians desire balance above all else, and they’ll fight to secure it.

They are small, they’re aloof, they’re cold. The Asterians may seem weak, but these soldiers are agile and their minds are super sharp. Their tech gives them a lot of shooting, and some of the best melee units in Deadzone that can obliterate nearly anything put in front of them.  They also excel at defense with plenty of available shields. 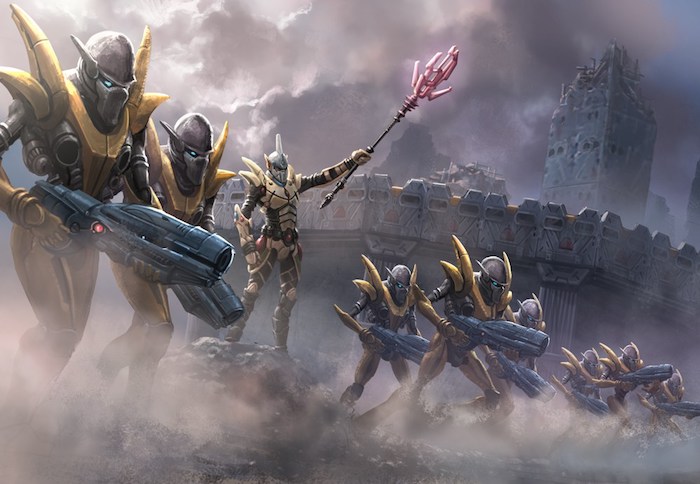 Aloof, and in some ways utterly inscrutable to humans, the Asterians tend on the whole to have as little as possible to do with other races. Where the Forge Fathers tend to be insular with regards to their culture and customs, they mix well enough with others as dictated by their trade. The Asterians suffer no such engagement with the ‘younger races’ and are especially disdainful of humanity, whom they view as akin to children, scattering through the universe heedless of its order or the chaos that they leave behind them.

The Asterians venerate the pursuit of universal balance above all else, their very society based around this concept. Their disdain of warfare and violence has led to the development of technology which allows their finest warriors to fight on the battlefield without physical risk, piloting sophisticated remote drones from orbit known as Cyphers which are as nimble and capable as a living being, with the added bonuses of far superior speed, strength and endurance. It was the Asterians who first warned humanity of the dangers posed by the Death Arc and tried to deter them from disturbing what lay there. That humanity ignored these warnings was disappointing, if unsurprising. 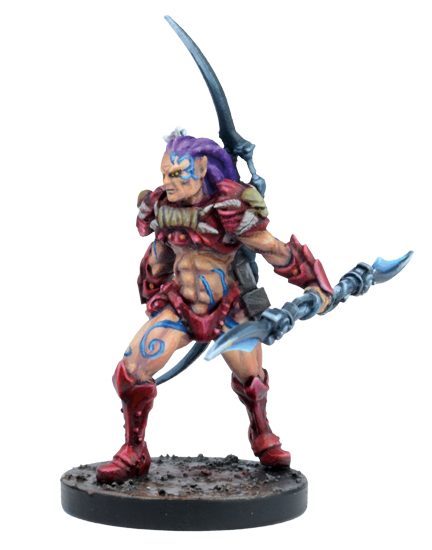 The Asterian people seldom find purpose to venture into GCPS territory, but they are often reported around Deadzones, though their purpose is unclear. Certainly it would seem that they are most often encountered where an outbreak of Plague or the discovery of one of the ancient alien artefacts which heralds it have occurred. Beyond that, none can say, for they appear from nowhere, as ghosts and disappear as quickly, with no explanation. Attempts to communicate with them are ignored, and attempts to stop them are futile. 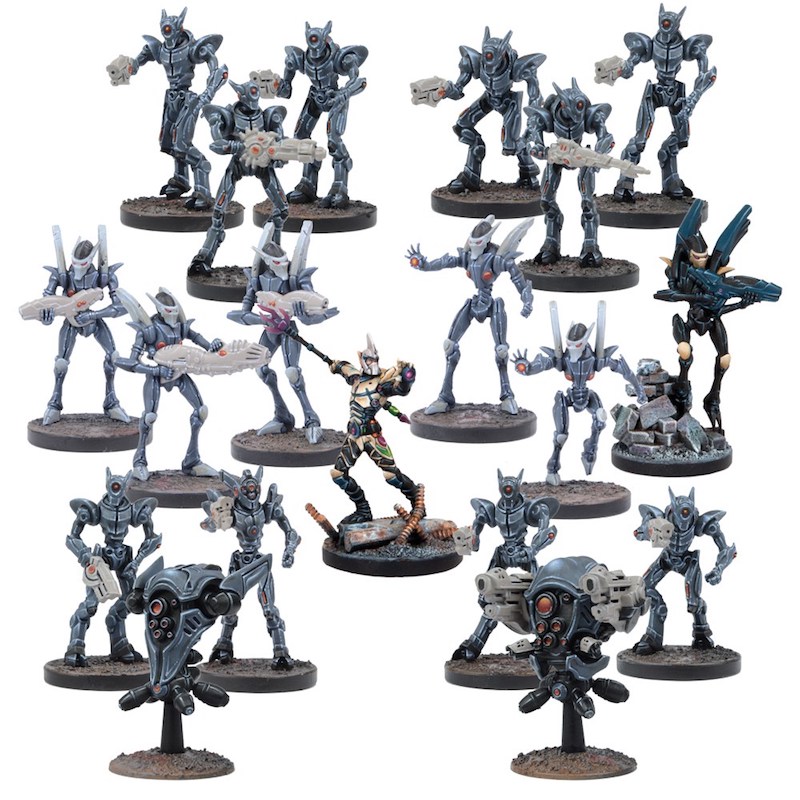 Sound like the faction for you? Check out the Asterian Faction Starter! It includes everything you need for a strike force or a campaign army – including 5 Marionettes, an eliet Black Talon, 10 Marionettes (with Grenade Launchers, Sniper Rifles and Flamethrowers), 2 Support Drones, and an Overseer that can lead any force. Add in some Weapons Drones to keep your forces back from the fight to help them survive. You can field either the Plasma Vortex, Fission Beamer, Pulse Bombard, or the Shield Generator to provide your troops with cover – which you can build with that kit. 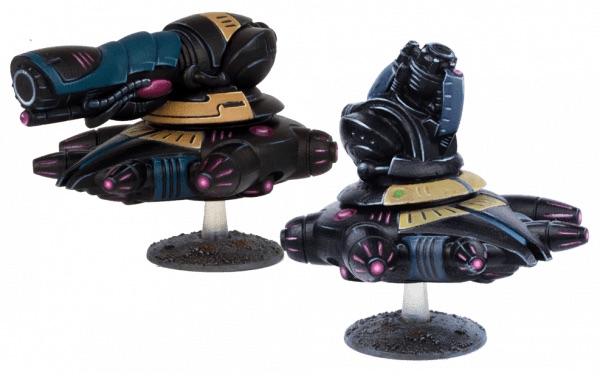