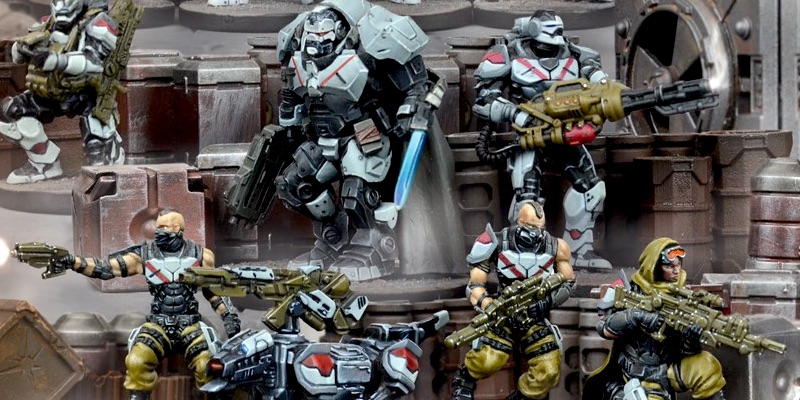 Get ready for this year’s Deadzone summer campaign with this faction focus from Mantic. The Enforcers are who the Council of Seven turns to when things are going very, very wrong.

They wear heavy armor, carry a variety of weapons and have good shoot and survive stats that make them tough to take down on the field. Their lightly armored pathfinders are fast, and are able to stake out commending positions early on. And their Peacekeepers, that have armor 2, can make a defense shield that won’t budge. Close combat isn’t their strong suit, but an assault enforcer can hold fast against most, if they could even manage to get that close. 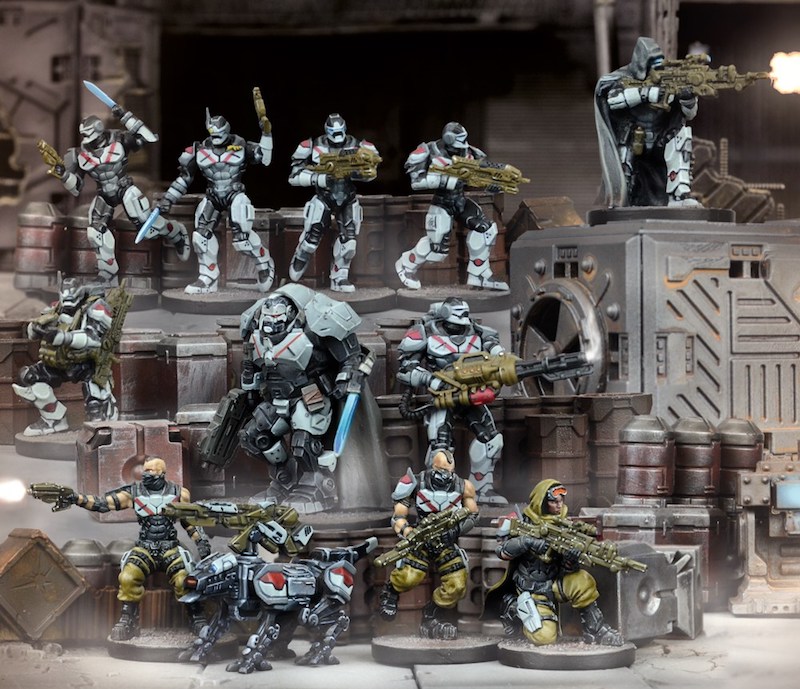 Product of a secretive research programme run by the Council of Seven, the men and women of the Enforcer Corps are the brutal face of the Council’s authority. Pervasive and super advanced nanite technology augments these soldiers to be better than human on every level, both physical and mental. An Enforcer can run further, fight harder and think quicker than even the very best corporation veteran, and will follow whatever orders are handed to them without question or hesitation. Complimenting their physical and mental perfection are the very best equipment and weaponry that the Council can procure. Armour which can stop all but the heaviest blows and impacts, weapons which combine pinpoint accuracy with deadly stopping power and vehicles built for speed and durability combine with the natural aptitude of the Enforcers themselves to produce an unstoppable military force.

Enforcer Strike teams are often remarked upon as the Council’s way of making public points, yet in reality Enforcer actions tend far more to the discreet. Enforcers strike swiftly and with little warning. Elite forward scouts known as Pathfinders prepare the way for the Strike Teams to follow, and when heavy resistance is expected, Veterans will deploy in hulking suits of Peacekeeper Armour, the Forge-Father based technology rendering each Enforcer a walking tank capable of tearing down enemy strongpoints and battering larger opponents and even small vehicles into submission. Where the Enforcers go, swift death follows. They are the Council’s will made manifest, the wrath of the Seven given flesh and the greatest military force the galaxy has ever known. Even the mightiest alien warriors and the most hardened criminals and pirates are given pause by the news of an incoming Enforcer fleet. 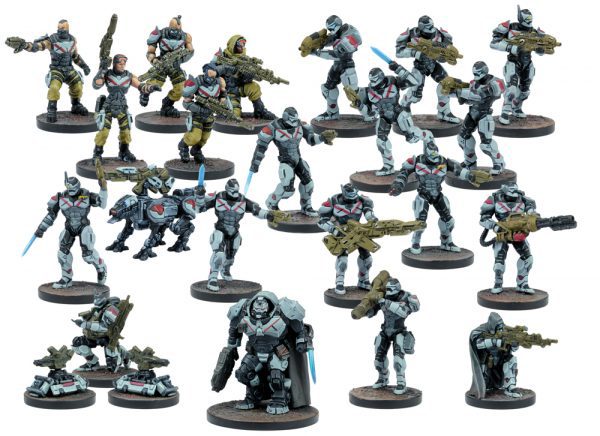 If this is the Outbreak faction for you, you can pick up the Enforcer Faction Starter that has what you’ll need. It includes enforcers, assault enforcers, and specialists, pathfinders and DOG drones, and a Peacekeeper Captain to lead your strike team into the Deadzone. While you’re at it pick up a powerful Ajax Siege Strider that packs a Grav-Ram Spear and an Aggressor pattern shield that can withstand a beating. A great addition to any Enforcer list. 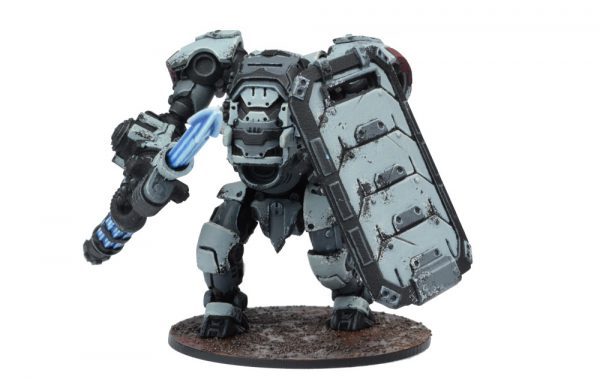