Munchkin Warhammer 40,000: The Grimdark Gets Wacky 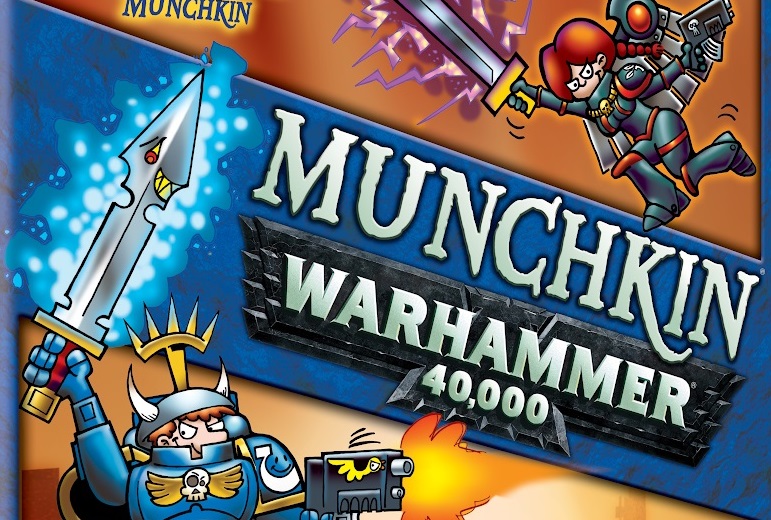 Munchkin and Warhammer 40,000 are combining forces and it sounds like we’re going to get a mix of that Grimdark goodness with all the Munchkin you can handle. Steve Jackson Games has some new insights coming from a very familiar voice from inside the studio!

Munchkin is perennial favorite among the Board Game crowd. It’s a modern classic with a pretty simple core gameplay experience wrapped-up with some fun art and a “work together until you don’t” vibe. Making deals, backstabbing your friends, and just having some good fun is what it’s all about. Now, Steve Jackson Games and Games Workshop have combined forces to bring the themes from the Grimdark to the Munchkin universe and the results sound promising.

Today, we’ve got some news coming from the studio. They have released a new interview from our good buddy and expert hobbyist Ben Williams. Some of you might know him better as GentleBen. Not only is Ben a fantastic painter of miniatures, he’s also a production artist at SJG and he’s been a long time Warhammer Fan. So if anyone at SJG knows the Grimdark – it’s going to be him!

Munchkin and Warhammer 40,000 go together like Khorne and skulls! As a big fan of both games, I’m thrilled to finally see them combined. Here at SJGames HQ, I have a front-row seat to watch my favorite heroes and villains from the 41st Millennium get the Munchkin treatment.

But there’s more to the game than just seeing John Kovalic’s take on Space Marines, Orks (with a k!), Aeldari, and dozens of other staples. In Munchkin tradition, there are cards to represent the IRL gamer experience. Warhammer 40,000 players will definitely relate to Spend a Command Point or Curse! Leave Your Terrain at Home.

The final treat is getting away with things only a Munchkin could ever do in the Warhammer 40,000 universe. How much mayhem can a Tyranid cause wielding a Plague Sword while wearing Power Armor? You’ll only need the help of a couple of Cheat! cards to find out!

Yep! That sounds exactly like Munchkin. Now I know some folks are probably thinking “Hey, Tyranids can’t use Plague Swords or wear Power Armor!” It’s okay – this game is not canon, it’s Munchkin! Plus it sounds like you need to use some Cheat! cards to pull that off. I would encourage you to try a game a Munchkin before you send SJG emails about how they are doing it wrong. Mixing a character’s race and weapon/armor from other races is kind of part of the fun with Munchkin.

If you’re going to be attending Pax West in Seattle, SJG has a booth on site and they will be hosting games of Munchkin Warhammer 40,000 – so pop over and give it a go!  It’s currently listed as “In Production” on their webpage, but I have a feeling we’re going to be seeing this game sooner rather than later. I’m looking forward to stomping around the Grimdark, Munchkin-style! 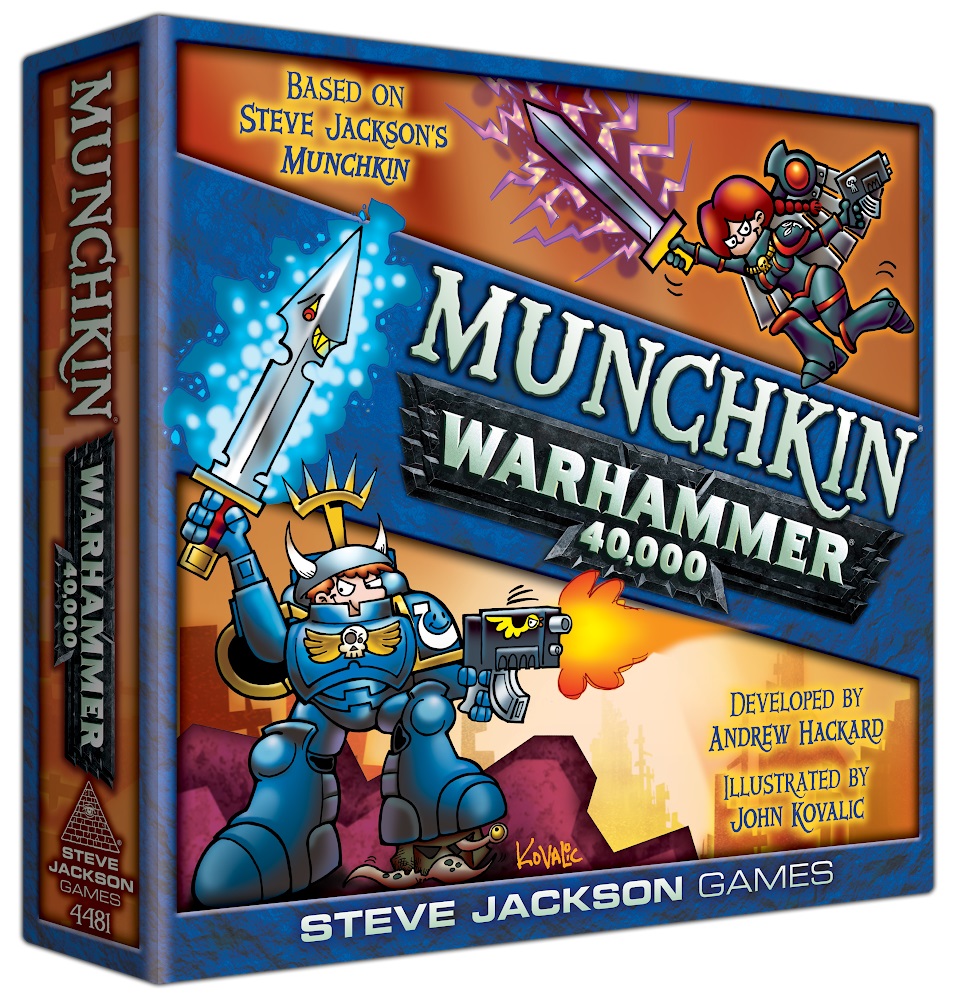