Pathfinder: Maps Of Taldor To Help Fight The War For The Crown

Delve into the war-torn lands of Taldor as one Emperor’s death plunges the country into chaos–explore forgotten corners of the realms with these gorgeous map folios, now available from Paizo.

Take a look at this Map Folio for Taldor–it highlights the big set pieces of the War for the Crown adventure path. Whether you want to explore the Taldan capital of Oppara, or the bucolic scenery of the Meratt countryside, or to see the nation in its entire, you’ll find a lot to illustrate your adventure right here. This can help your gaming table visualize the opulence of a Taldan city, or get a feel for where exactly they’re traveling in the nation they’re ostensibly fighting to try and protect. Or, if your players end up taking the crown for themselves, this is a map of their new kingdom (for now, until they decide to start annexing)… 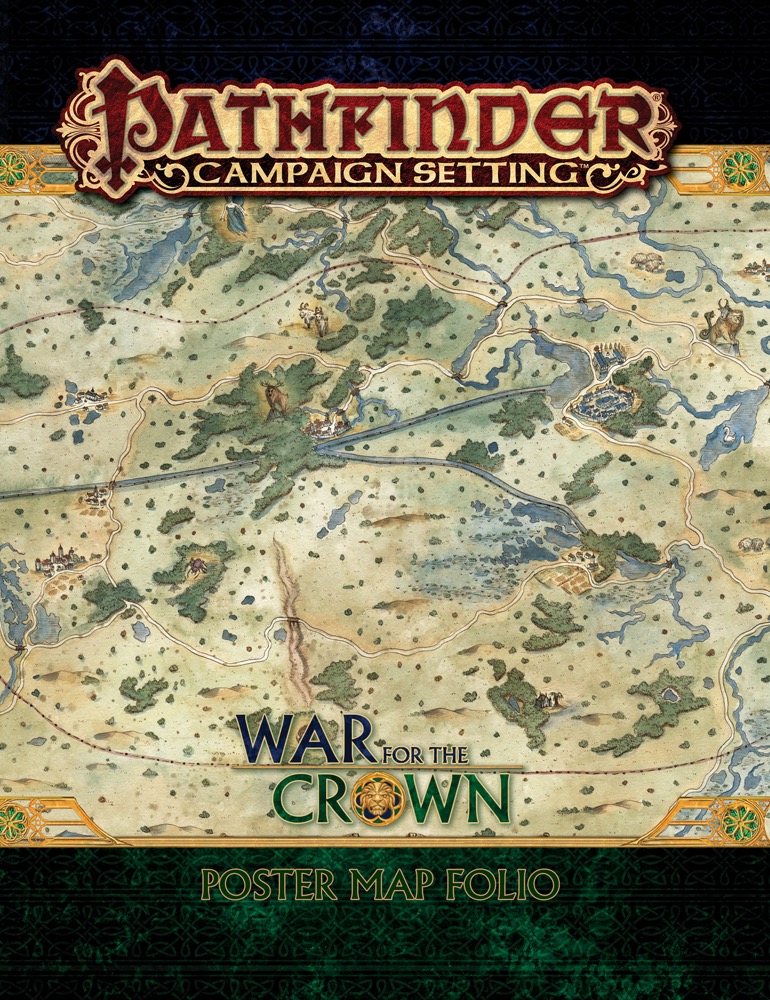 These huge, lavishly illustrated poster maps depict major locations found in the War for the Crown Adventure Path. The first stunning map details the capital city of Oppara, where the adventure begins and ends. The second map provides an overland look at Taldor’s County of Meratt, and the third is a beautifully illustrated map of the nation of Taldor as a whole.

Whether you’re looking for a walled city, a stretch of forest and plains, or an entire nation, these beautiful maps are the perfect resource for the War for the Crown Adventure Path or any fantasy campaign.