It’s time to step into the darkened tunnels and ventilation shafts of a massive Space Hulk, because the latest trailer reveals a little more about how you can take charge of the Genestealers that infest the corridors of Space Hulk Tactics.

We’re really excited about Space Hulk Tactics here at the BoLS office. Between this and Mechanicus, it’s a turn-based tactics dream come true–especially since the game is out October 9th, but if you’re on PC, you can pre-order a copy of it tomorrow (September 25th) and get in on the PC Beta. And from the look of it, you’ll want to get in on it. The Genestealers offer up a whole different playstyle and resent a new tactical puzzle. Unlike Marines, Genestealers don’t get units–they get Sensor Blips which might contain anywhere from 1-3 Genestealers…or they could just be a sensor echo that does nothing at all. 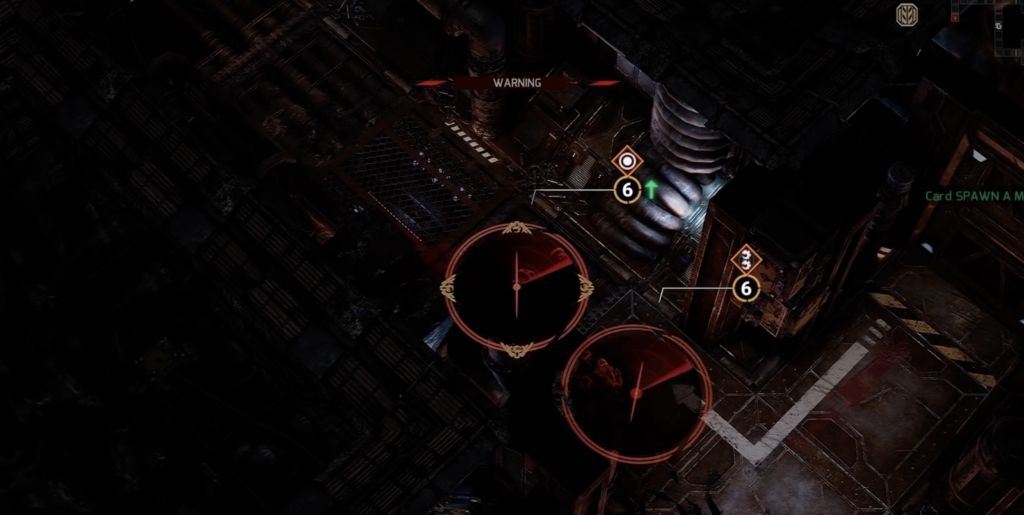 You can move these around the map, and they’ll be revealed when your blips enter the line of sight of a Marine, or if they are manually revealed, perhaps when you’re spitting genestealers on to the heads of unsuspecting Terminators and managing to take them down.

Or you can save your blips up and find ways to spawn some of the new biomorphs that are included in the game. Including the Miasmic, the Reavermorph, and the Bulwark, which is a slower but tougher Genestealer. You can also spawn yourself a Broodlord, who can spit out additional blips for you, and is real powerful–but also vulnerable if caught off guard. Genestealers are all about careful positioning and attrition, which makes for a delicious tactical puzzle.

And they get the full treatment in the game. Including their own campaign, where the Genestealers presumably end up devouring a bunch of Terminators and adding them to the inevitable biomass that will horrifically consume the galaxy one day if left unchecked–but honestly looking at the map, I’m real interested to see what the campaign ends up looking like. The cinematics we’re seeing look pretty good too, so here’s hoping we get some nice cutscenes as a reward for chewing through scads of Terminators.

At any rate you can pre-order Space Hulk Tactics below, grab yours soon and get exploring!

What was that noise?

40K: Vigilus Is Shaping Up to Be the Next Armageddon