Mansions of Madness Second Edition is back with more insanity infusing adventure – Altered Fates DLC adds some timey-whimey to your quest to find the truth!

Time jumping adventures are tricky to pull off but Fantasy Flight Games is up to the challenge with the latest DLC for Mansions of Madness. It’s time to once again head back into the breach as Altered Fates reaches across time mess with your head! 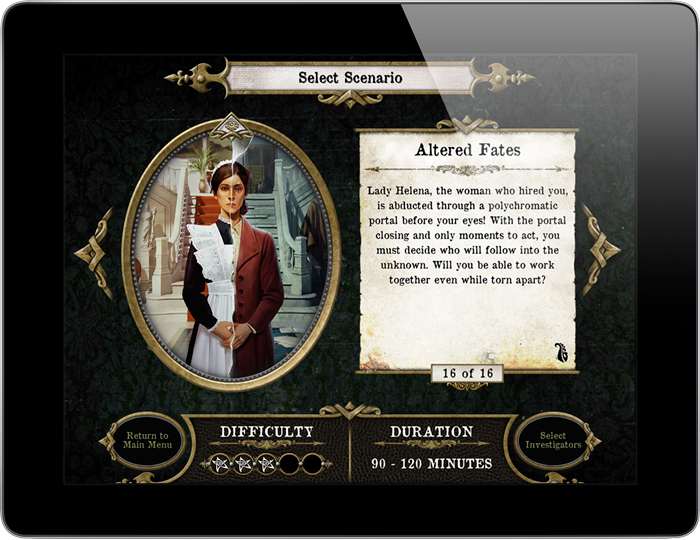 Altered Fates challenges investigators like never before by dividing the team across two maps that are in play simultaneously. The first is a proper 1920s mansion, like those you have come across in previous investigations. The second, however, is the future of this home— now an abandoned, boarded-up building. Each map presents its own series of challenges, with the investigators in the present directly affecting the investigation of their companions in the future: an item tucked beneath a loose floorboard may be found later in the same hiding place, or a rescued captive may be able to return to the mansion in the future. 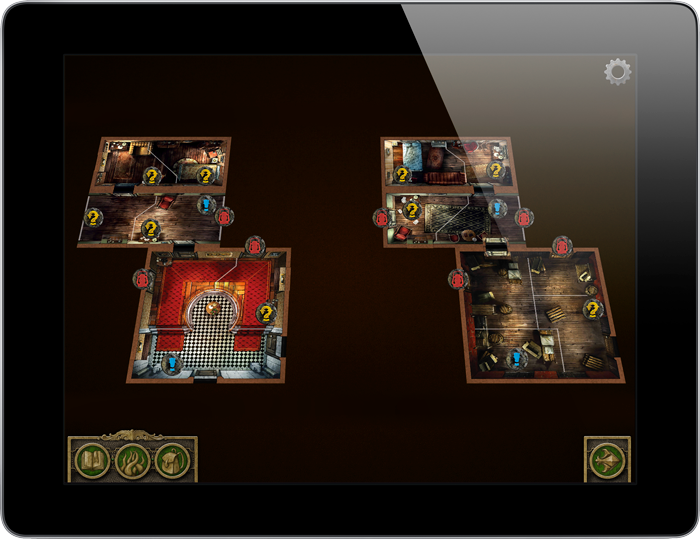 Aside from leaving your fellow investigator’s clues or helpful things in the future, they also have to deal with your failures. In the above example, let’s say that the “rescued captive” actually DOESN’T get rescued and they die – they could come back as a vengeful ghost to torment the future party. This concept of two groups occupying the same space but set in different times is just plain cool and I really want to give this one a shot!

If you’re like me and want to play this time-bending adventure, you’re in luck because it’s available now from App Store, Google Play, Amazon, and Steam as an in-app purchase for $4.99. You just need to install the Mansions of Madness App on your chosen device and then purchase it through that. And yes, you still need the physical board game to play, too.

Mansions of Madness Second Edition is a fully cooperative, app-driven board game of horror and mystery for one to five players that takes place in the same universe as Eldrich Horror and Elder Sign. Let the immersive app guide you through the veiled streets of Innsmouth and the haunted corridors of Arkham’s cursed mansions as you search for answers and respite. Eight brave investigators stand ready to confront four scenarios of fear and mystery, collecting weapons, tools, and information, solving complex puzzles, and fighting monsters, insanity, and death. Open the door and step inside these hair-raising Mansions of Madness Second Edition. It will take more than just survival to conquer the evils terrorizing this town.