Pathfinder: It Came From Hollow Mountain – Return Of The Runelords

The Runelords’ Return continues on, this time the secrets of an age long past beckon, calling out to heroes who can survive a trap-infested dungeon full of danger.

Dungeons are often home to long-forgotten treasure, and in the storied Hollow Mountain, players pursuing the Runelords’ Return will find one of the greatest treasures of them all–knowledge, waiting for them. This is one of the final few adventure paths as Pathfinder switches into playtest and 2nd Edition mode, so grab your dice and gear up. The Runelords are Returning, can you stop them? 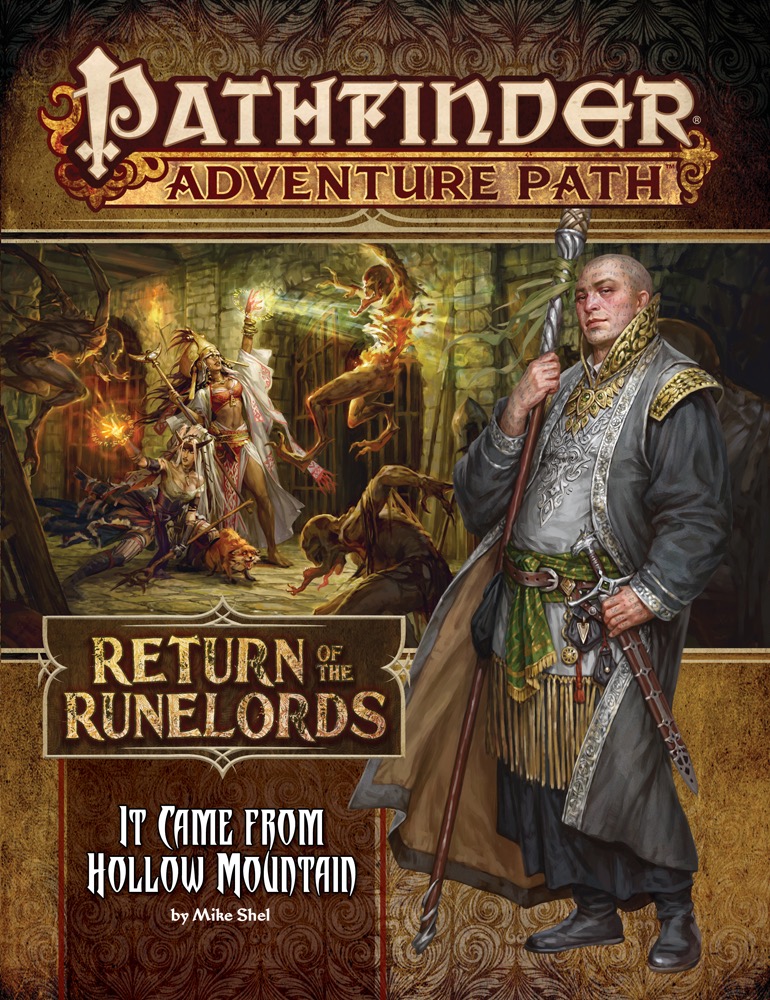 Hollow Mountain has loomed over the horizon of the Varisian Gulf for as long as those waters have been sailed, frightening sailors and tempting adventurers with its promises of treasure and terror alike. Having restored order to the town of Roderic’s Cove, the region’s newest heroes must deliver a powerful item south to the city of Magnimar, but they soon find that fate is leading them to one of the land’s most infamous dungeons. What awaits these heroes in the trap-filled and monster-haunted corridors and chambers below Hollow Mountain will put them to the test, but if they can survive, they will emerge with knowledge vital to standing against the runelords’ return!