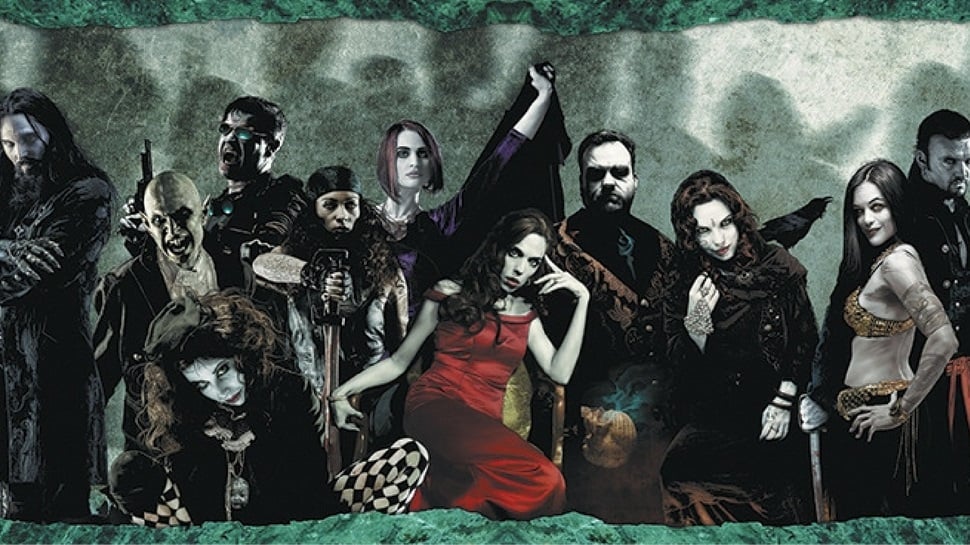 Today on Tabletop Spotlight, come join us as we take you through the pages of Vampire the Masquerade: 5th Edition.

Vampire the Masquerade is out, unleashing a torrent of Toreadors, a bunch of Brujahs, a mess of Malkavians, a vault of Ventrue, an assortment of Assamites, a lot of Lasombra, great gobs of Giovanni and Gangrel, a touch of Tremere, tons of Tzimisce, rashers of Ravnos, some followers of Set, and noticeable amounts of Nosferatu onto the streets of a City near you.

Yes, Vampire: The Masquerade: The Fifth Edition is out now, bringing the World of Darkness back, baybee. And just what is the world of darkness? Well a) you have to capitalize it, I can hear the difference, and b) congratulations on successfully avoiding the 90s. Because that’s where the World of Darkness feels like it’s existed for the past several years. Basically imagine a movie set in 1998 or 1999, now picture the costumes. Now add like just a little tiny bit more black leather and lace, and you’ve got the World of Darkness pretty spot on.

Until 5th Edition came along. This is the first big update to the World of Darkness since 4th Edition/Requiem, which you either loved or hated with the passion of a thousand fiery suns, or didn’t realize that Vampire was still a thing–I mean really? The last time you played that you were experimenting with eyeliner and mesh shirts. And while it’s a good move passing on those mesh shirts, you might reconsider the eyeliner, it was really working for you. And they have so many different colors now. 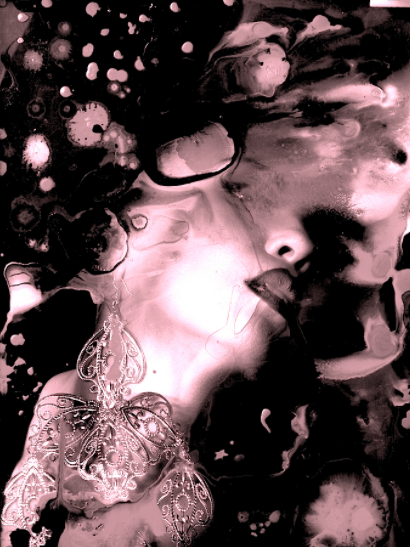 But potential looks aside, 5th Edition, as we’ve said, marks a major update to the World of Darkness–it brings a lot of the current issues of the day into the WoD. Things like the internet, which ruins everything no matter which reality you’re in. Whether it’s the comments section of a YouTube video that’s even vaguely related to feminism or tolerance, or a bunch of Vampires posting their secrets to a secret darknet server, the Internet is responsible for a lot of vitriol. In the World of Darkness, the latter act led to the rediscovery of Vampires, this time by the CIA. Once the CIA learned of the hidden shadowy cabal of Vampiric clans and elders who were secretly pulling the strings of the world, they decided to get medieval, quite literally, and kick off the Second Inquisition.

The Second Inquisition is a shadowy cabal of intelligence agencies throughout the globe who have banded together to hunt these predatory monsters down and take them out. So now you have Hunters who are secret agents taking a stake to Doctor Acula, and this is all because of the Internet. The Camarilla, known for being reasonable and not at all a bunch of hidebound know-it-alls have decided to ban the use of most modern technology. No internet, no phones, no emails. They have revived letter writing, hand-delivering missives via their own couriers, and so on. 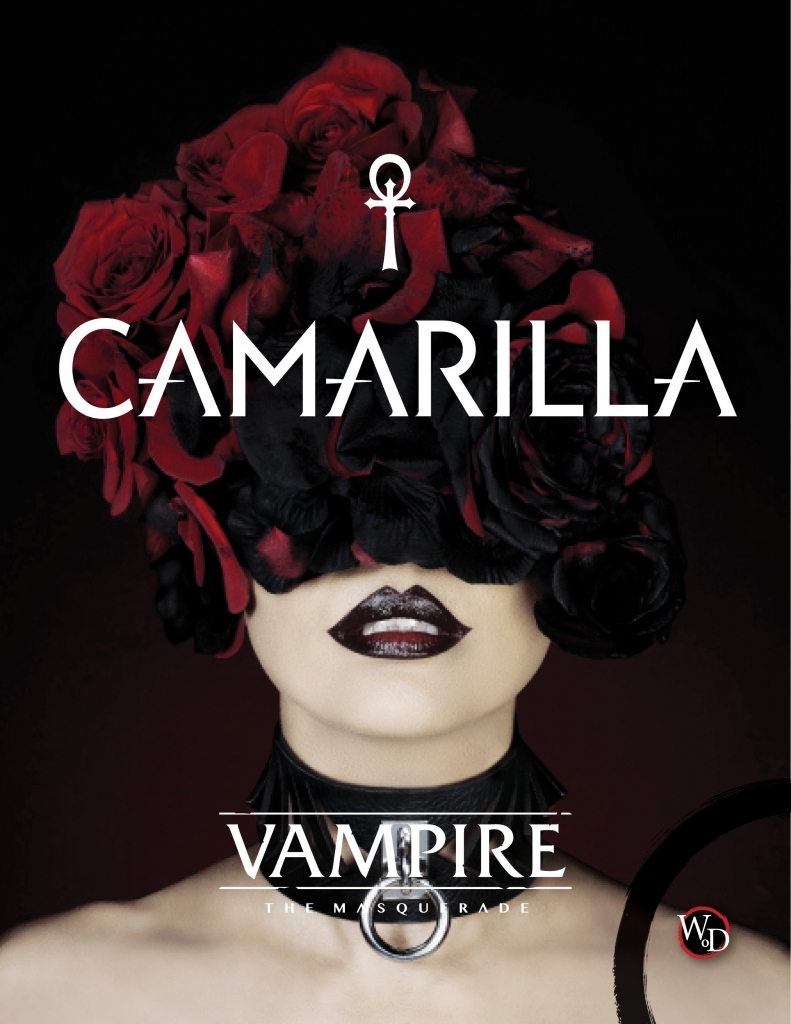 But as much as the Camarilla might want technology to vanish because it’s inconvenient, it doesn’t. And so Vampires have this new reality of ‘everyone has smart phones now’ which means anyone, anywhere, is a threat to the Masquerade. All it takes is one moment of carelessness and someone can whip out their phone and bring the Second Inquisition down on their heads. So you have to be extra careful. Add to that a bunch ofAnarchs who feel that maybe the Camarilla are clinging to tradition a little too much, and still want to be able to communicate with the world, read the news, see what’s going on out there, etc. and they don’t take too kindly to the Camarilla bringing their oppressive, if gorgeous, heel down upon them. 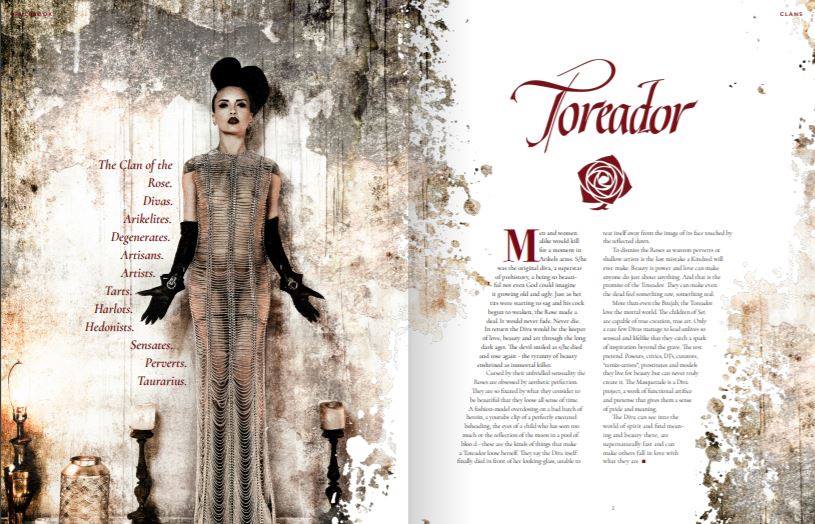 As you can tell, there’s a lot of modern day issues in there. Vampires have traditionally held some ambitions in nearly every field, and this remains to be true. The politically minded Vampires hold some rather interesting political views. Many an Elder opposes Immigration because when there are mass movements of people it’s easy for Vampires to enter one another’s “territory” without paying the proper respects or obeisances. It simply won’t do. And it’s certainly in no way implying that the most vocal opponents of immigration are a bunch of bloodsucking parasites who only really care about making sure that they get what’s theirs rather than any lipservice paid to ‘securing borders’ or the like. It simply wouldn’t do. 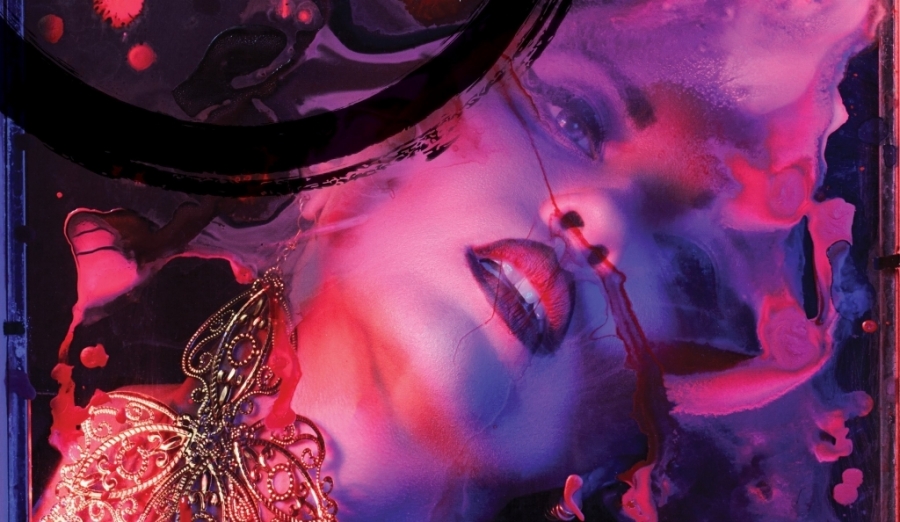 The book is full this timeless, lacy, risque art that drips with eroticism and horror mixed in equal measure. You’ll find the Mad Malkavians and the languid poise of the Ventrue juxtaposed amid little nuggets of fiction that describe existence as a vampire. Layer all of that on top of the Storyteller engine with some tweaks and updates to the skill system and the way that combat works, and you’ve got yourself a Vampire: 5th Edition. It is a game that knows its audience well–if you want to tell torrid tales of Toreadors or capricious capers of the Camarilla, you’ve come to the right place. V: TM: 5 does everything it sets out to do with all the style and grace we’ve come to expect from Messrs. White and Wolf.