Space Hulk: Tactics is here at last, with a shiny new official Launch Trailer. Board your very own derelict Space Hulk today! Guaranteed to be genestealer free* with minimal effort.

As of today, whole fleets of new derelicts have been spotted across the Imperium, these looming Space Hulks mean five-man squads of terminators will have their work cut out for them. Whether you’re playing as Blood Angels, Ultramarines, Dark Angels, Space Wolves or members of the little known Genestealer chapter, your Astartes will have plenty of opportunities for thrilling heroics and almost certainly won’t get picked off one by one by a swarm of ravening xenos.

Space Hulk: Tactics is here at last. We’ve been excited about this one for a while, mostly because the game offers up this robust look at Space Hulk. In many ways, it’s what we have always been hoping a Space Hulk scenario would be like. You can kit out your squad pretty much the way you want, then take them on board a Space Hulk to accomplish one or more of myriad possible objectives: 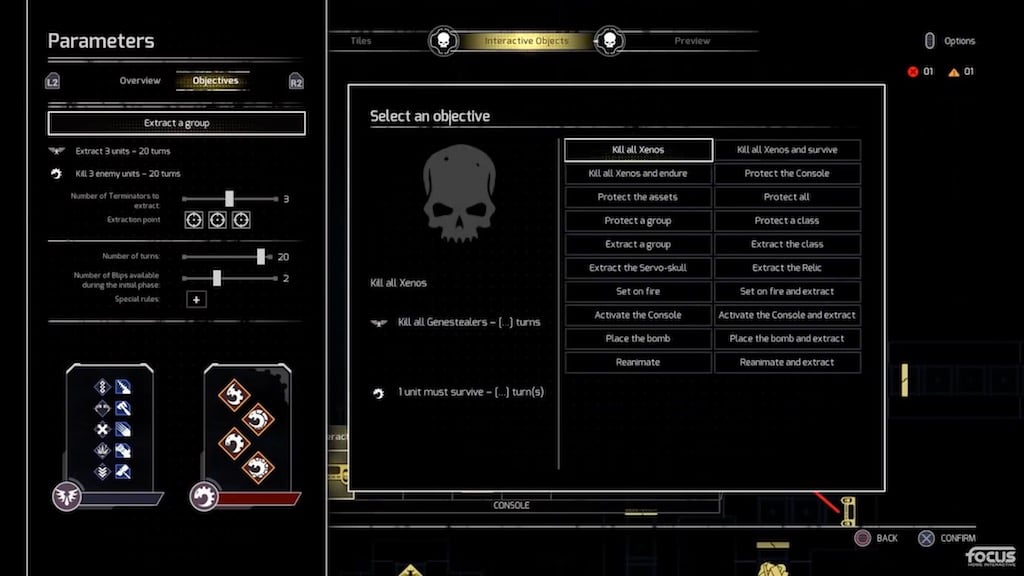 Or if taking Terminators doesn’t seem to be up your alley, you can take on the role of the Genestealers and roam your way through the ventilation shafts, pitting your cunning and numbers against the power armor and skill of the Astartes. Both sides present an interesting challenge to players in this turn-based stratagey game. 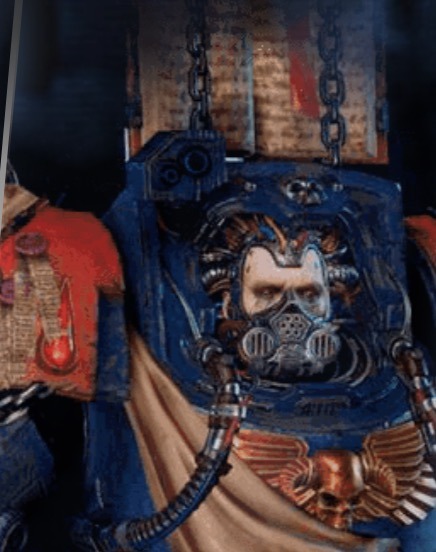 And once you’ve completed both campaigns, you can gen up your own maps (pictured above), and start playing through them, or trying out other players’ creationg to see if your tactics can best their cunning.

Based on the classic Games Workshop boardgame, Space Hulk: Tactics lets you pick between these two factions in full campaigns, solo vs. AI, or competitive online play. A new card system enhances the turn-based strategy gameplay, ensuring no two games are ever the same and giving you many more tactical options on every turn. With a map creation tool also available, you will never run out of new scenarios to play.

Space Hulk is available for PC, PS4 and XBOX One