Another preview of the Dungeon of the Mad Mage for you–this time it’s the first couple of pages. See the various roads that reach out to characters, beckoning them to the Undermountain.

Nathan Stewart, Sr. Director of Dungeons & Dragons continues on his fundraising rampage as the date for Extra Life draws closer. This time, he’s back with more spoilers from Waterdeep: Dungeon of the Mad Mage. So come on in, grab a seat near the Yawning Portal–but not too close, you never know when something’s going to come crawling up from Undermountain, looking for a snack. 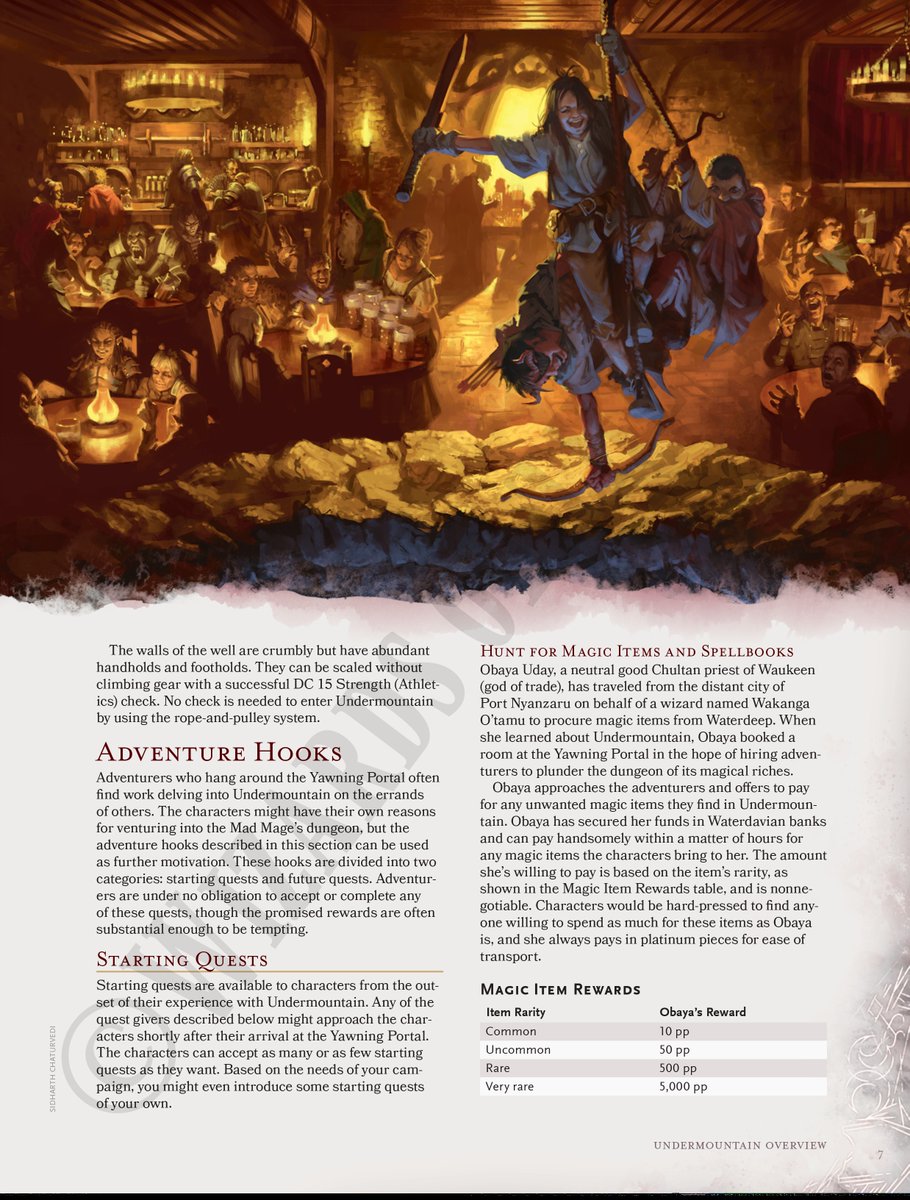 As we’ve talked about before, this book is designed to take characters from level 6-20 following the adventures outlined within. As they probe further and further into Undermountain, they’ll unlock more and more quests. With a few to start off with, you can get a sense of the progression that awaits adventurers within the megadungeon. True to 5th Edition form, there’s a ton of narrative in here for players to get wrapped up in. 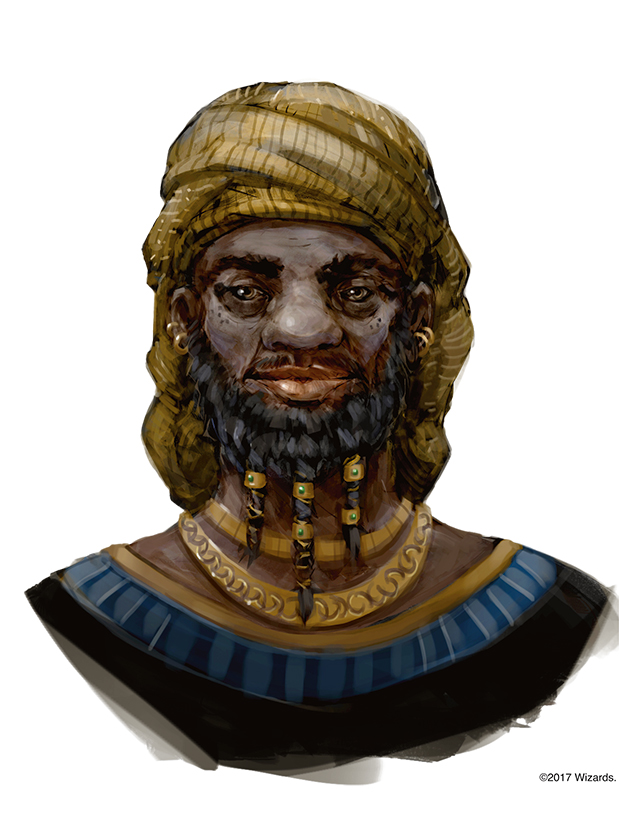 Although from the look of it, there’s a lot of First Edition Flavor in here as well–one of the quests is just “get in there and find magic items.” And I particularly like that that one is connected directly to the characters introduced in the Tomb of Annihilation. Something about that makes the whole D&D universe feel more interconnected than, say, occasionally running into Artus Cimber or finding the strange Black Obelisks that have shown up in all of the other published adventures to date. 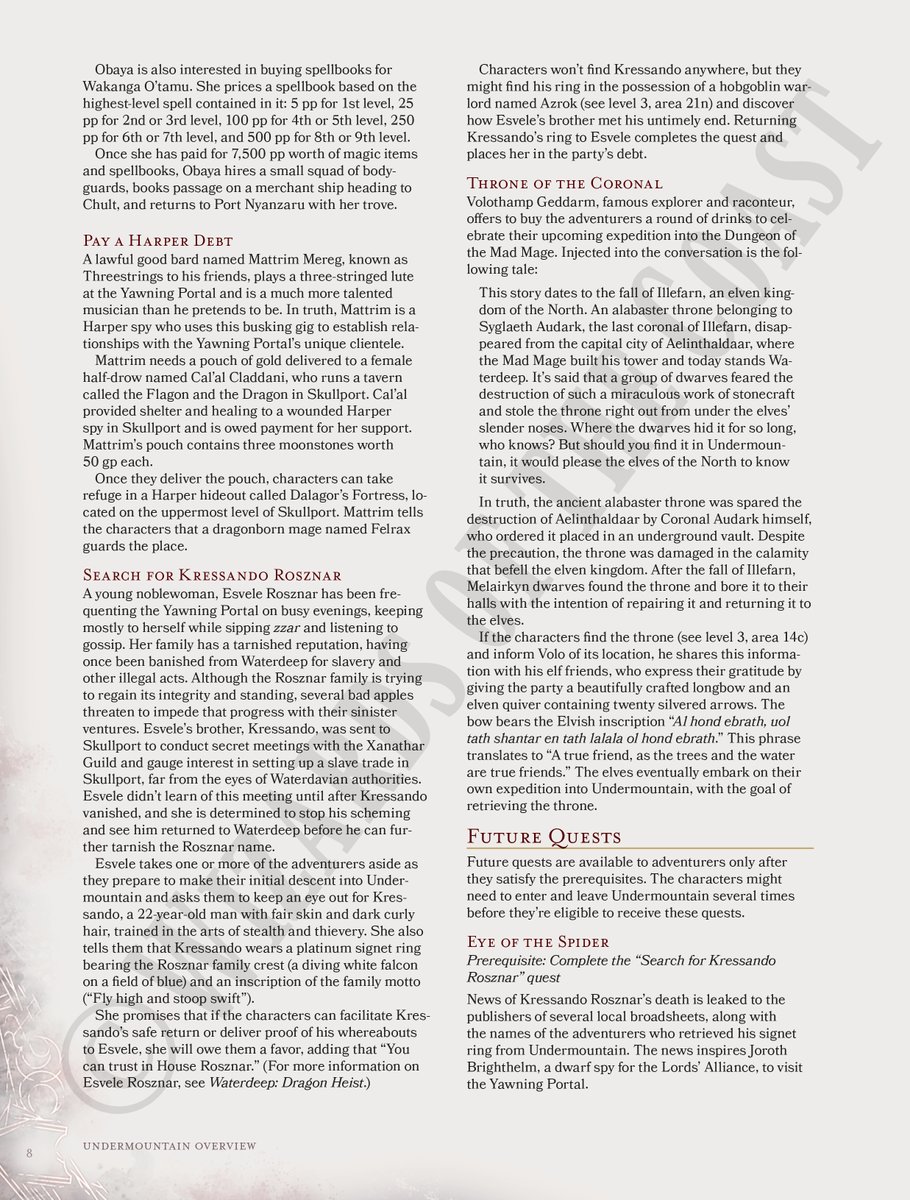 And, in an unexpected, but very delightful twist–as the quests continue, the characters find other quests change based on what they do. This gives their actions in the dungeon real weight later on. I’m very excited to read more about how Questlines evolve in the game–and if player choice can have an impact, than Dungeon of the Mad Mage will be a spicy meatball indeed.

Until next time, D&D fans…