Forge World has a new Dragon up for Pre-Order. Meet Vorgaoth the Scarred & Skalok the Skull Host of Khorne!

Age of Sigmar is getting brand new Dragon miniature and it’s full of the Khorne Rage! Check out this awesome looking kit from Forge World: 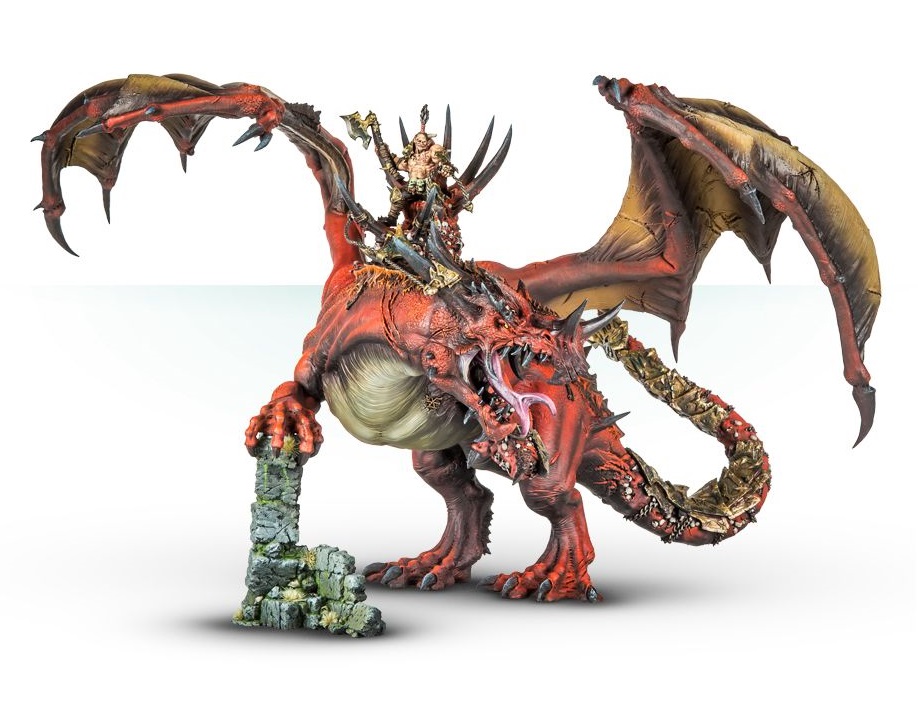 Legends tell of the trail of slaughter left behind by Vorgaroth the Scarred and Skalok, the Skull Host of Khorne, their path of destruction having run for millennia, their victims beyond count. Although one would not hesitate to kill the other if given the chance, together they have razed civilisations to the ground. Whenever the mortal armies of Khorne falter, it is Vorgaroth and Skalok that the Blood God sends to turn the tide of battle in his favour. 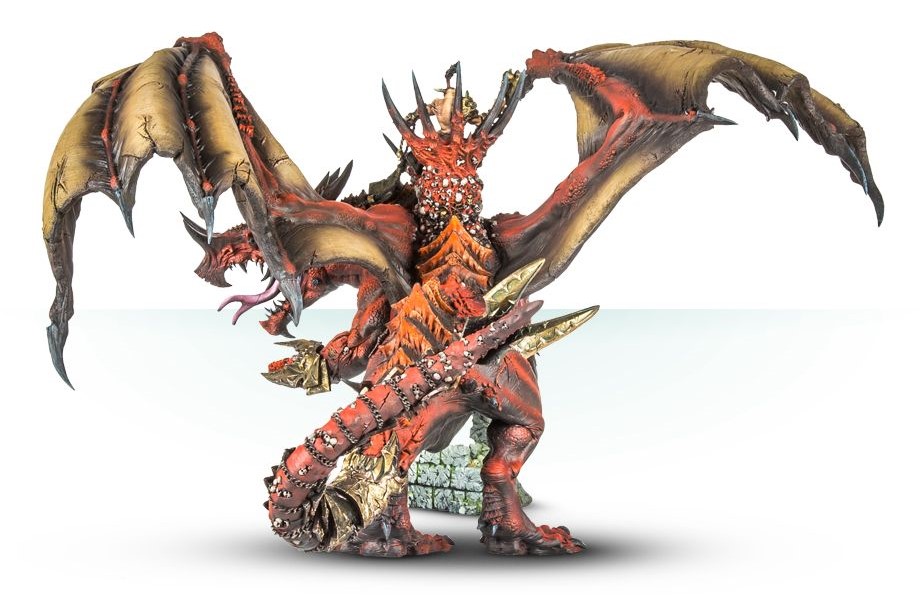 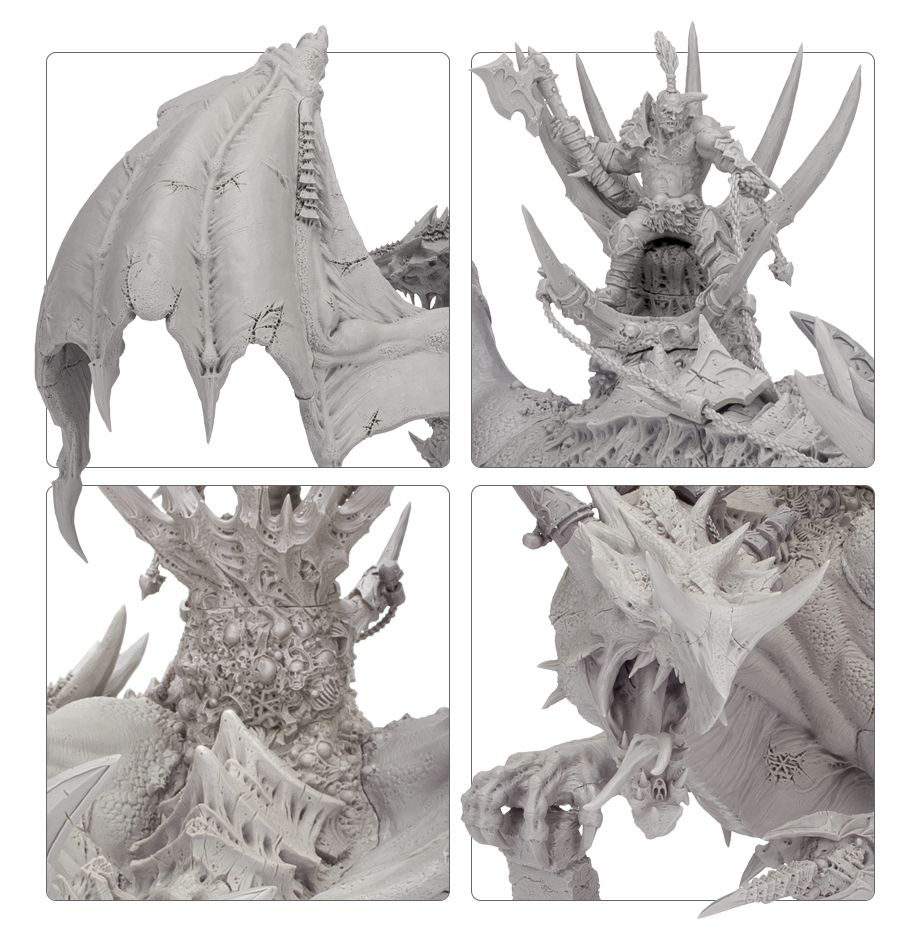 This is a multipart resin kit which contains the components necessary to assemble Vorgaroth the Scarred & Skalok, the Skull Host of Khorne. Vorgaroth is an enormous winged beast, whose front-right limb rests on a sculpted column, and Skalok rides on a throne atop him, wearing heavy armour and clutching an axe. 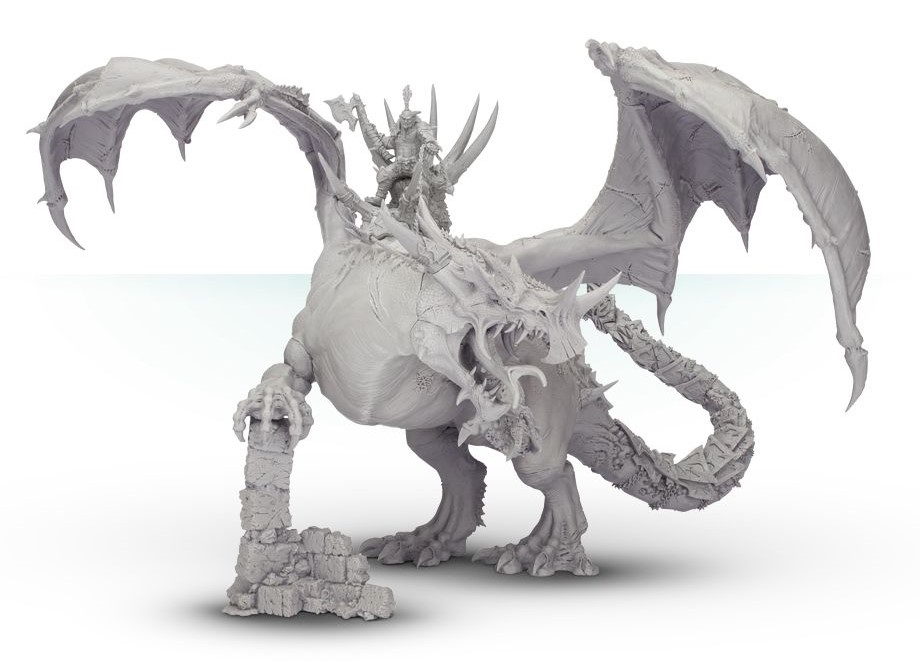 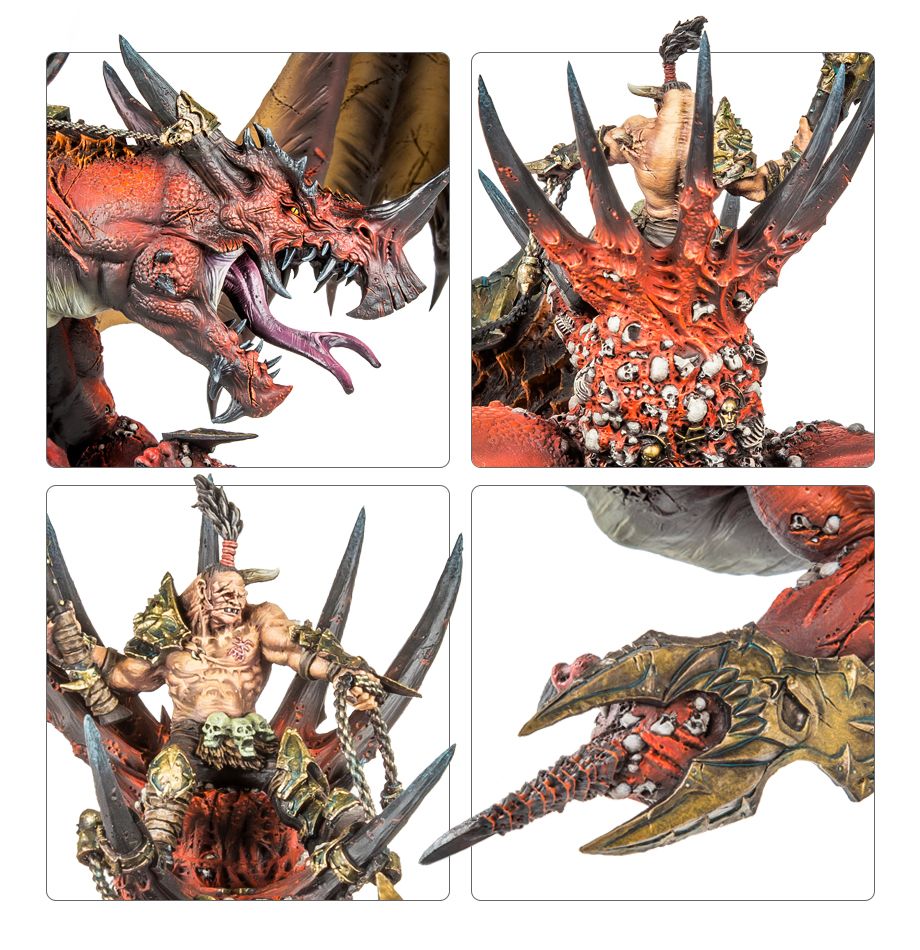 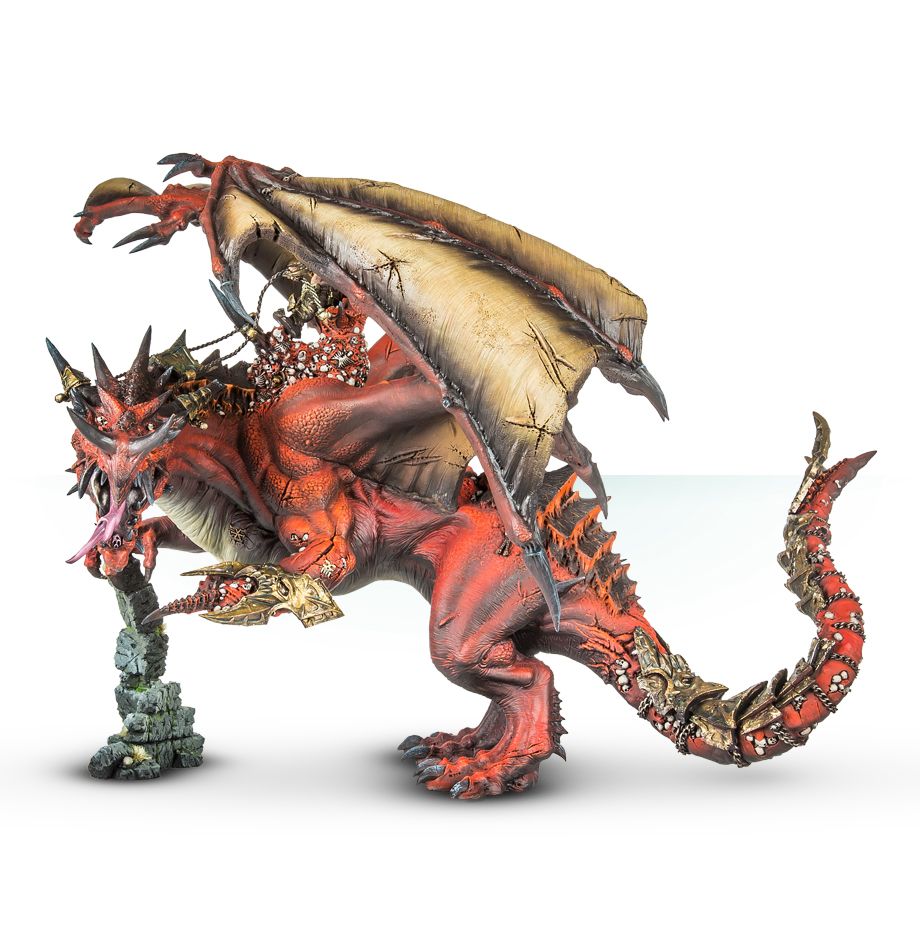 This miniature comes as 43 components – we recommend that you pin the wings into place, as these are quite heavy (this is covered in the construction guide). Rules are supplied in the box, and are available as a PDF download. 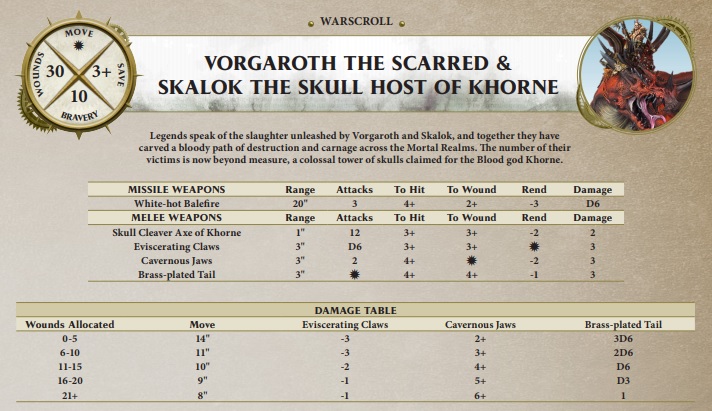 That’s one Dragon I don’t want to train…