Geekery: Cover Your Eyes in Order to Survive in ‘Bird Box’ 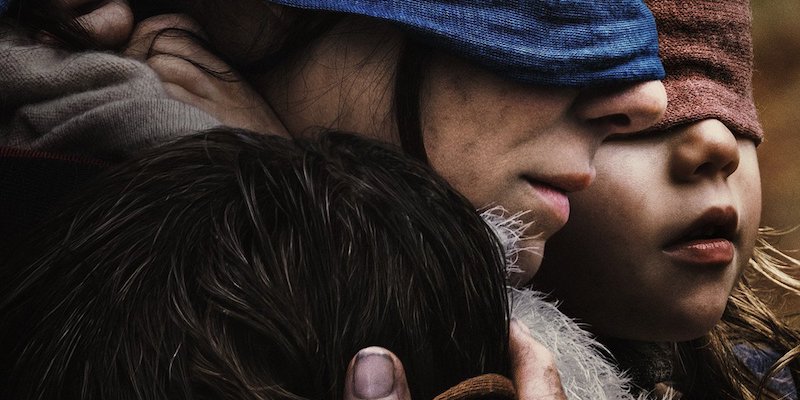 An unknown threat has taken over the globe. Hundreds of thousands die of madness at the sight of the invaders. To save her children a mother must make a perilous journey, and they must be blindfolded the entire time to save their sanity.

Josh Malerman’s award winning dystopian thriller has finally found the right team to bring it to the screen.  – director Susanne Bier (The Night Manager) and screenwriter Eric Heisserer (Arrival), with a score by Trent Reznor and Atticus Ross. You might make comparisons to another sensory focused movie that came out last year – don’t let that allow you to write this off. The story being told here was published in 2014, before that movie came out. It’s author has been compared to Stephen King and Jonathan Carroll.

“When a mysterious force decimates the world’s population, only one thing is certain: if you see it, you take your life. Facing the unknown, Malorie finds love, hope and a new beginning only for it to unravel. Now she must flee with her two children down a treacherous river to the one place left that may offer sanctuary. But to survive, they’ll have to undertake the perilous two-day journey blindfolded.” 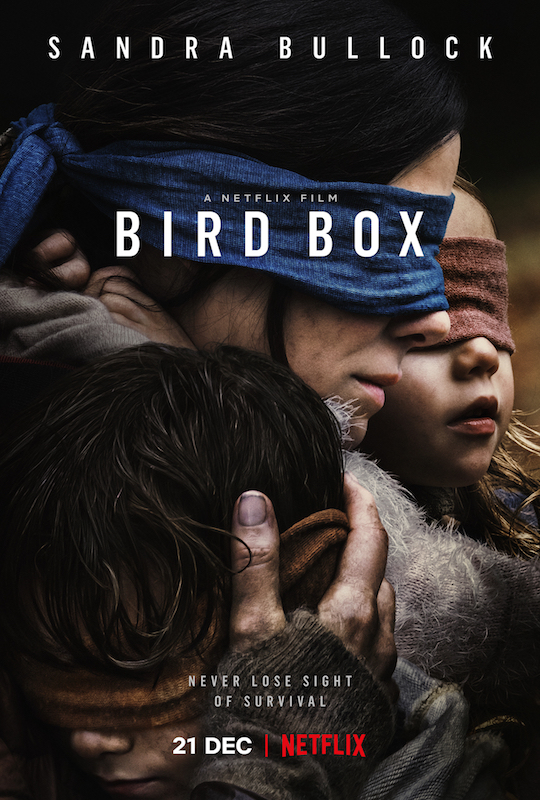