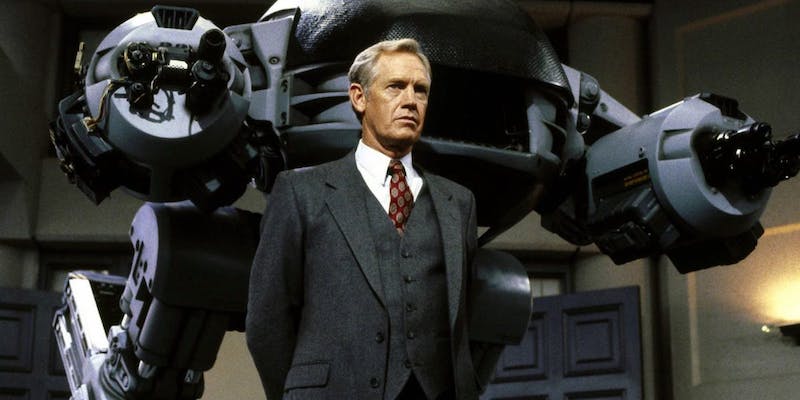 The first version of the film is exceptionally violent didn’t make it past the censors – in fact it took more than eleven re-cuts to get the MPAA to give it an R for it’s theatrical release. Somehow it’s made its way onto Amazon and you should make time to watch it before it disappears.

Paul Verhoeven’s cyberpunk Robocop arrived in theaters in 1987 and became an instant classic due to it’s cutting edge effects (at the time) and commentary on social topics. It won multiple awards for it’s technical achievements. But the movie most of us have seen is not the vision its creators had for it.

Verhoeven made the movie with over the top, almost comical style of violence to go with the black humor in the script – it didn’t make it past the censors. During an interview for the anniversary release the director stated that the edits required by the MPAA actually made the tone of the movie more upsetting, not less, because the comedic nature had been removed. It also removed some pricey special effects he was particular proud of like an animatronic puppet of Murphy used during a key scene.

The first cut has gotten several physical releases – the last time it was available in the states was a Blu-ray 4K master edition released in 2014. The run time is slightly different, and there are 12 changed parts, and 7 pieces of alternative footage that include: 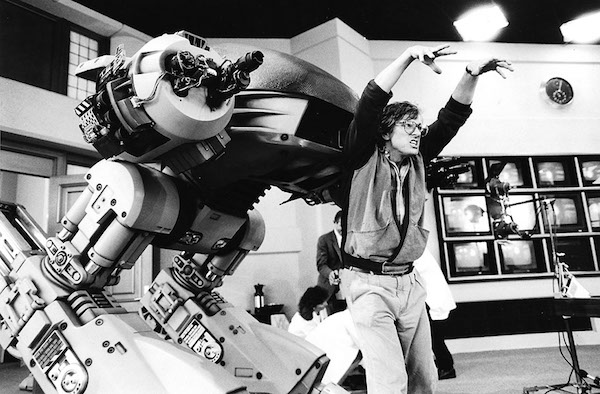 There are other changes that are smaller like cutting people laughing at the death of other characters. If you’re a fan and you haven’t seen this cut it’s worth a watch just to get the tone that Verhoeven intended. No one knows how long it will remain available, so if you didn’t have plans tonight – you do now.

You can stream the x-rated cut here.

Author: Mars Garrett
Pop culture staff writer that has been on the BoLS team since 2010. Contributor on the One of Us podcast. Marvel, Vertigo, and dystopian sci-fi fan. Enjoys bad movies, amazing stunt performances, and the internet. Hates rom-coms. (she/they)
Advertisement
Amazon Movies and TV Pop Culture
Advertisement

Geekery: The Crimes of Grindelwald Will be Revealed in the Latest Potterverse Movie