Starfinder: Bet The Galaxy On The Rune Drive Gambit

The evil Azlanti have been developing a reality-warping starship drive at a secret facility–if this technology fell into the wrong hands, it could destabilize the galaxy. It’s a race for a hidden treasure in the exciting conclusion to the Against the Aeon Throne adventure path for Starfinder.

The Against the Aeon Throne Adventure Path is coming to a head. Players have learned of an extraordinary new mcguffin that will allow the Azlanti Star Empire to lay claim to the galaxy–or at least be a bigger pain than they are already. This adventure is pretty exciting, it’s a classic, race for the McGuffin kind of thing. And what’s interesting is that there are three factions at play here. The PCs, the Azlanti, and a renegade Noble who wants power for himself. A lot can happen in this action-packed race to the finish. Check it out! 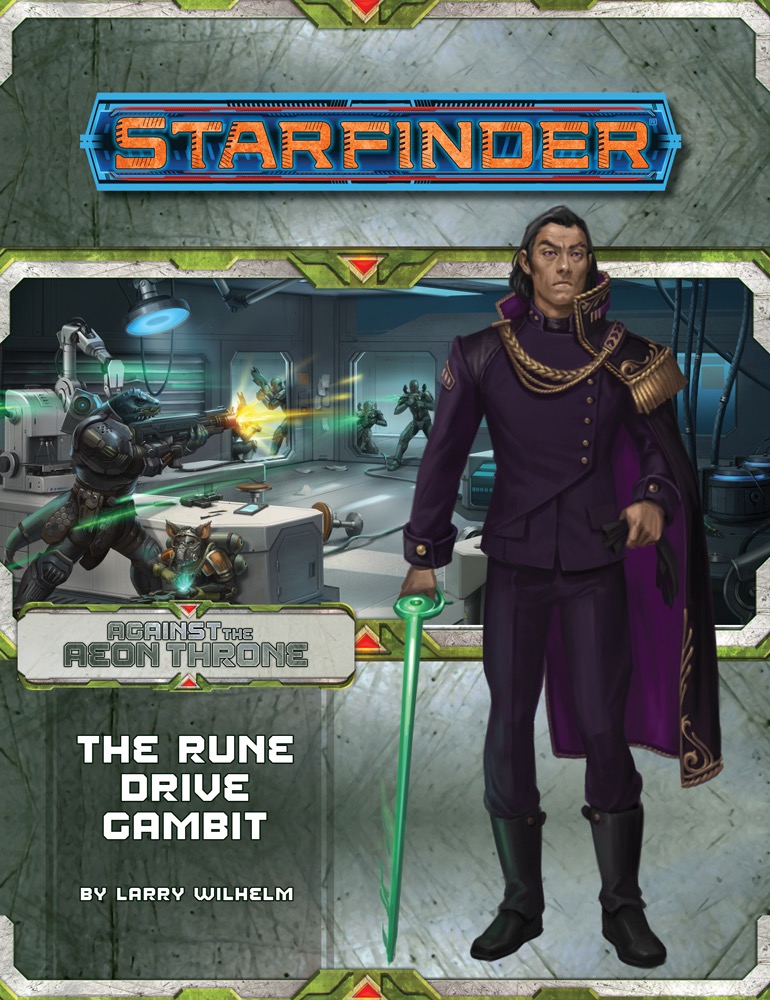 The heroes must infiltrate a secluded Azlanti science facility, liberate the captive scientists forced to study an experimental starship drive, and keep the device out of their enemies’ hands. They soon learn of the drive’s reality-warping power firsthand, but standing in their way is the dastardly Azlanti noble who has orchestrated the entire plot!