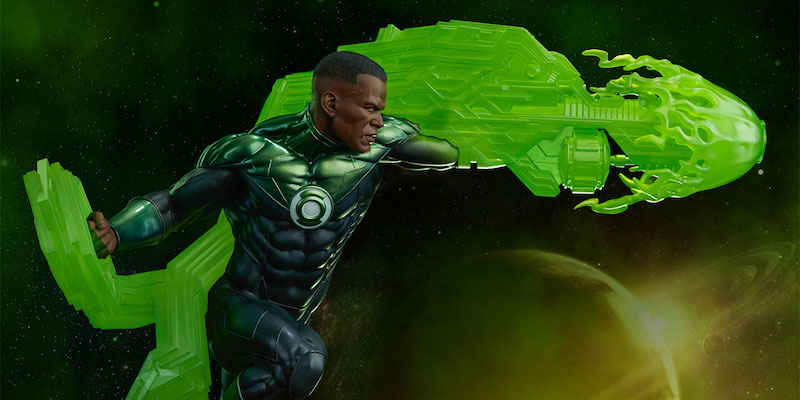 Stewart was introduced in the early 1970s – he was DC’s first black super hero. He was a backup for Hal Jordan, and took over role in the 1980s. Since then he has led the Darkstars, fought the Sinestro Corps, and been the star of several animated series. Now Sideshow brings the will and strength of John Stewart to this exclusive statue.

This reniditon of the super hero is 20″ tall and is bounding off a meteorite base at an unknown threat, conjuring a hard-light construct weapon from his Green Lantern ring. The construct is vibrant gree, and is sculpted with geometric shapes – no doubt to show his architect background and level headed-ness. His uniform includes detailed piping, metallic green shoulders, boots, and gauntlets. The Green Lantern symbol is prominant on his chest, and he wears the green ring on his right hand.

If you buy the exlusive edition you’ll get a second headsculpt where John’s eyes are blazing green energy and an angry expression. You can almost here the yell coming from his mouth.
Pre-orders are open now, the statue is expected to ship Q3 of next year. 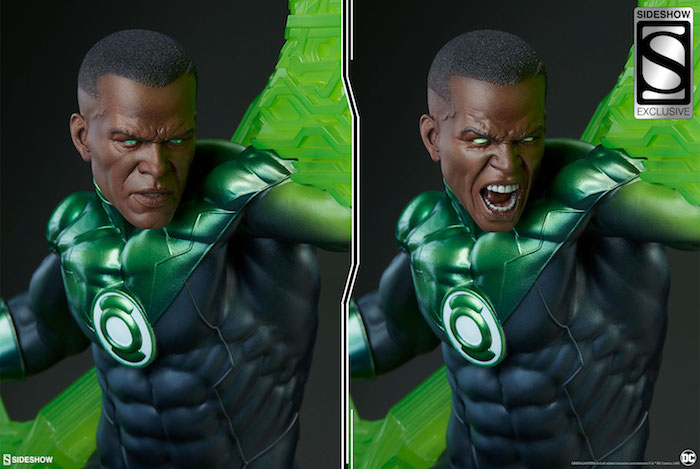 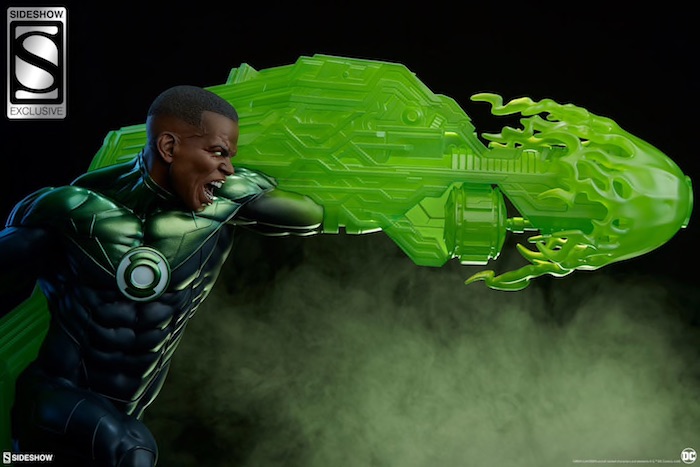 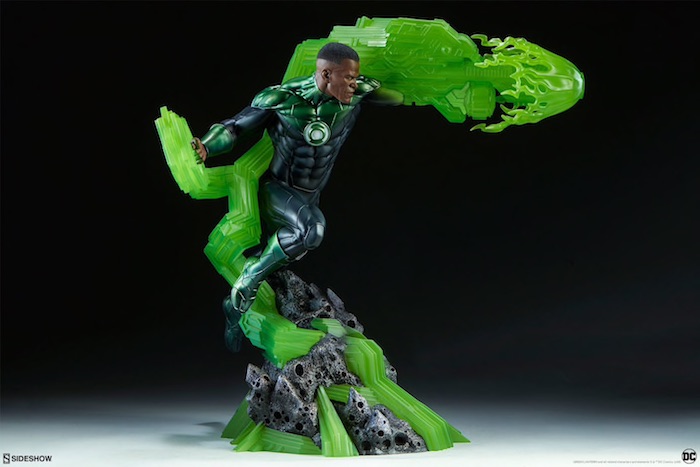 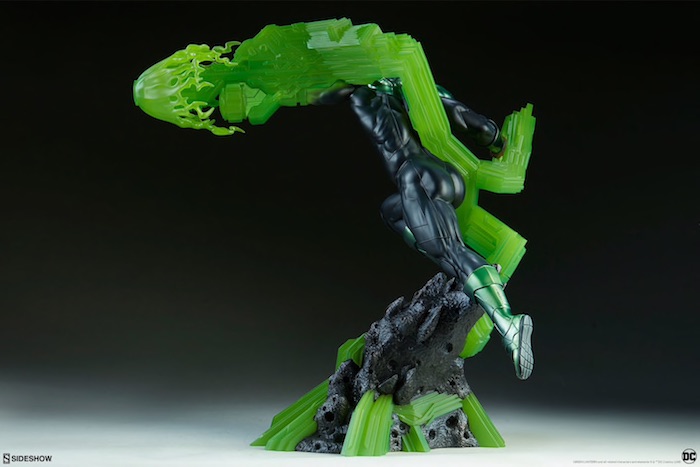 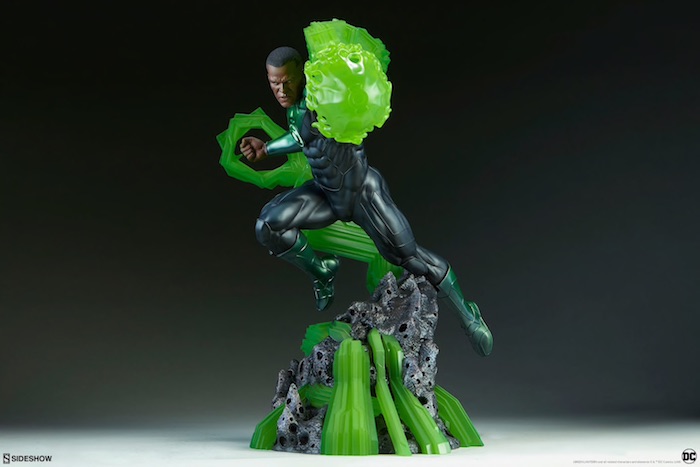