40K: All Of Necromunda In One Little Book

There’s a new Necromunda book in town, and it aggregates and updates the rules from the last few Gang Wars and the original Necromunda Underhive book into one massive book.

Necromunda came out last year, but owing to the steady drip feed of Gang Warfare books and new models, it feels like the game is finally here. And with the upcoming Necromunda book it’s easy to see why. You have all the rules from the last swath of supplements gathered into one place. All the factions that you’d expect for Necromunda are released–it feels like the game is finally done and you can get around to the business of playing it. 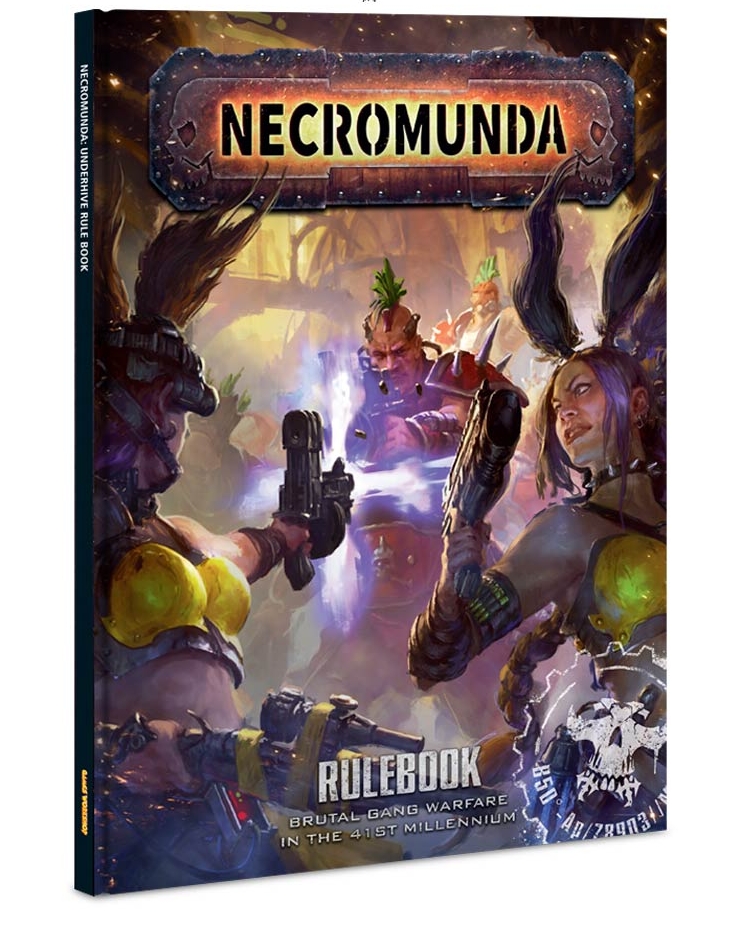 Which is an interesting place for a game that technically released about a year ago to be. Now to be fair, this new book does take into account all the releases. Under one roof you’ll find rules for running a Dominion campaign. 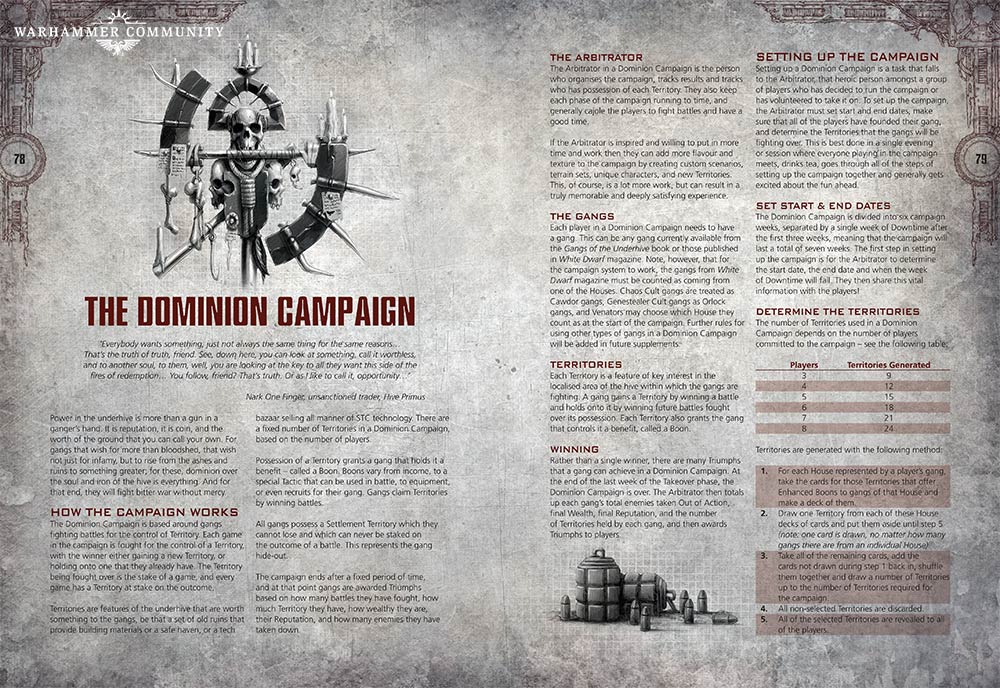 You’ll find a suite of scenarios comprising regular and Campaign-style scenarios, giving you 25 in total. Along with rules for using Sector Mechanicus and Zone Mortalis battlefields. 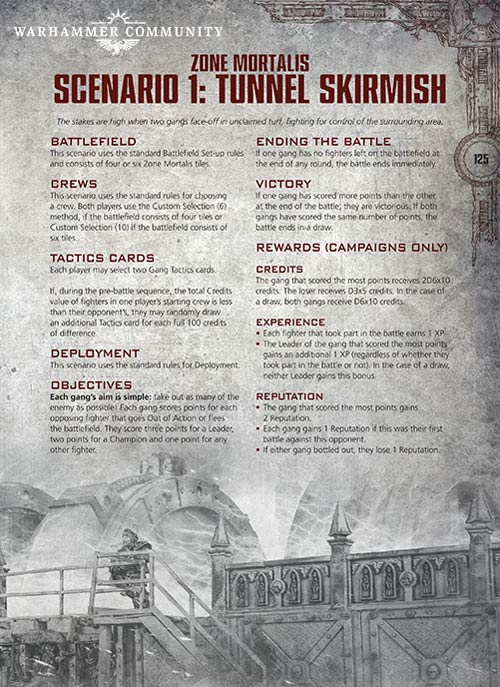 And continuing the trend, in the upcoming Gangs of the Underhive book, you’ll have the full list of gear, characters, stats, and everything else you’ll need to sit down and build a gang, any gang, for Necromunda. 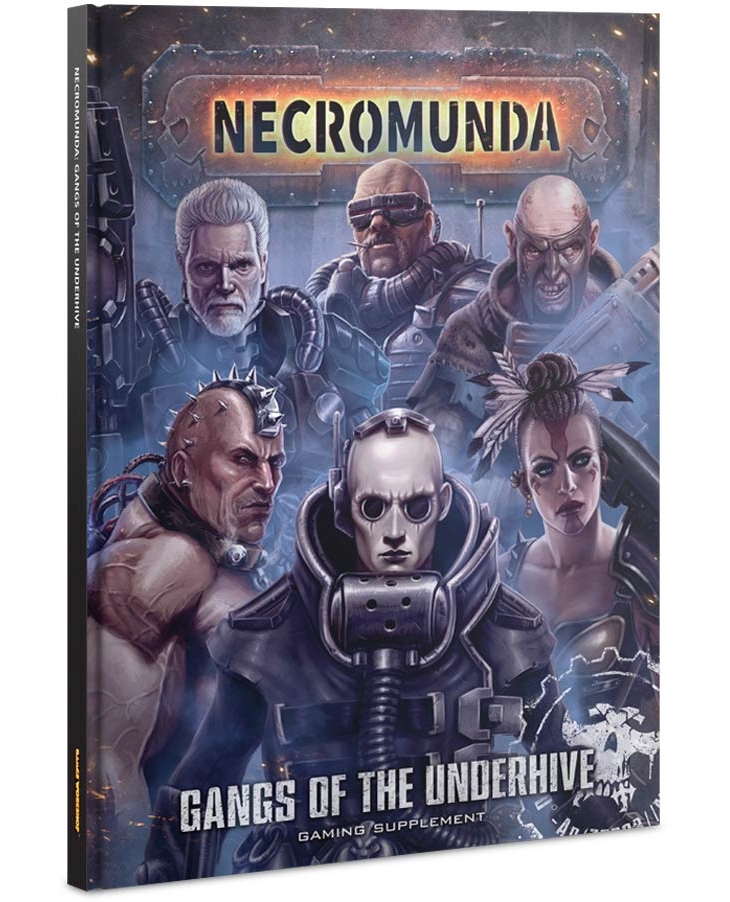 But with all of these releases rolling out, the question remains–how has it been for those of you playing the game since Day 1? Did the rollout with a new faction every quarter or so give you time to keep the hype going?

What would release day for Necromunda have been like if it had launched with all six factions and the full rules from the compiled releases in one place? Would it have been exhausting?

Either way–now that the game finally feels done, it seems like the designers can start introducing new things and playing with them. We know that the Guilds are coming. Necromnunda isn’t going anywhere, there’s plenty more support planned. And you can, right now, just below this paragraph, find links for the rules for Chaos or Genestealer Cults instead of standard gangs.

And the game is fun. It’s been fun since day one. And, a bit like getting into a massive video game on launch week, sometimes you’re paying for the experience of playing it now rather than waiting for all the expansions to be gathered into a single ‘game of the year edition’ collection a year or so later. I can’t help but feel the game might have taken off with a little more speed if it had launched out of the gate like this–but maybe they needed actual playtime to get the Necromunda train rolling.

Let us know how you’ve felt about Necromunda’s release in the comments. House Delaque’s new rules are available in Gangs of the Underhive and as a full release in the upcoming White Dwarf.