Pimpcron is definitely the one to fix the issue of Alpha Strikes. All his ideas are top shelf.

Greetings, this is the part of the article where I say something funny to warm the crowd up. You see, the Pimpcron is cherished and adored by friend and foe alike, there’s nothing I say that doesn’t go over well. So it’s because of that that I’m sure you will understand the brilliance and hard truth behind what I suggest.

GW Has Made Some Good Changes…

In recent years Games Workshop has gone out of their way to try to fix the Alpha Strike situation. They saw first-turn Deep Striking as an issue where many armies could have most of their force in your face quickly. I’m sure their inbox was chock full of gnashing and whining that whoever went first won. Honestly, in my experience the only times you may get tabled turn one is when playing against only the most competitive players. I mean, some really high geared armies that pack a punch right out of the gate. But they apparently felt the need to relent against the server-crushing weight of all the whining. Many said it was a step in the right direction but, some said there was even more needed to even the playing field. 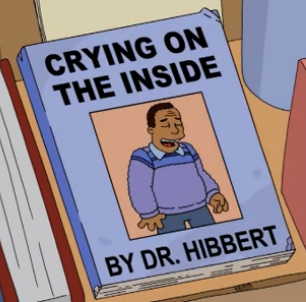 And remember before that there was the clamoring to find a fix for the obviously unfair and egregious roll to see who gets first turn. That was eventually settled out of court by adding a +1 to the roll for the player who finished deploying his army first. Boy, I’m glad we avoided that catastrophe before it went off the rails.

After Deep Striking went through a couple different iterations, GW finally settled on no Deep Striking until turn two. Seems fair I guess. Then the unwashed masses cried out again against Alpha Striking but, this time they claimed that (through sobbing, clenched teeth) going first at all was still too over powered and that something new had to be done. A bit of smoke came out of the GW Design Kitchen and then they produced the Prepared Positions Stratagem. The person who goes 2nd on the first turn can spend 2 CP to gain cover for their entire army for the first Battle Round of the game. Many people claim that is a step in the right direction.

“How’d you know where to find me?”

“You always come to the big question mark when something’s on your mind.”

“Am I really that predictable?”

But isn’t the real issue here the fact that this is a turn-based game where one person completes all phases of his activation before the other? It seems that the player to go first (in this style of game) is always going to have an advantage. But luckily for you I’ve got it figured out how to fix this!

Okay, so we can all agree that this game is all about going first and if you’re not first, you’re last. A famous Nascar driver once said that and it holds true even today. So instead of trying to tweak this or change that about the first turn, why not just ban units from charging at all in the first turn of the game? That should fix the whole first-turn assault shenanigans (looking at you genestealers). If nobody can charge on turn one, that would give you a full turn to even the playing field, right?

Well, I know what you’re saying, “Pimpcron, while I am impressed with your idea and overall charisma, there is one flaw with your logic.” I am way ahead of you – don’t worry. My solution is perfect to fix turn-one charges without FAQ’s but, then armies that shoot a lot would still have an advantage, and that seems to be the only thing standing in the way of this very balanced game. So that’s why I propose that we ban shooting on the first Battle Round, too. It only makes sense that if nobody can shoot or assault on the first turn of the game, that the game would be perfectly balanced.

But Wait, Something’s Not Right

I know, I know. Then faster and more agile armies would then dominate the field, thus unbalancing this perfectly sculpted game. Plus, Magic-wielding armies would also auto-win and we can’t have that. I have to admit I’ve been toying with you because I wanted you to see where I was coming from and how I arrived to my idea to fix this game. It’s a special opportunity to see true genius at work. Did anybody witness Lance Armstrong when he first landed to the moon? How about Beethoven’s first draft of Macbeth? Well, you can at least tell your kids that you were there the day when Pimpcron fixed 40k.

My idea (drum roll) is to completely remove the first Battle Round from the game! That’s right, nobody can Alpha Strike if nobody gets the first turn. I know many of you are resistant to change, but in the end history will prove me right. This game can circumvent all of this first-turn stupidity by just starting on the second turn.

What do you think will cure alpha strikes?