Warlord: Movement And Shooting In The Cruel Seas

Cruel Seas is a game of small boat Naval Combat, pitting torpedo boats and PT boats against each other in a churning, and, as the name suggests, often cruel sea. Today we’ve got a look at the movement and shooting rules.

Step into the world of small boat naval combat with Cruel Seas. It’s a game of flotillas–both sides field squads of different craft, all duking it out to try and sink each other or accomplish objectives. So today we’re going to look at a couple of the things that make Cruel Seas work: namely the maneuverability of the boats, and the firepower they can unleash upon each other. Let’s take a look.

First up we’ve got a look at the movement rules. which seem fairly straightforward. You set the speed each is moving at, and have a little wake marker to trail behind you, indicating your speed–slow, combat or full–each of which translates to a number of centimeters you’ll move along the handy ruler there. 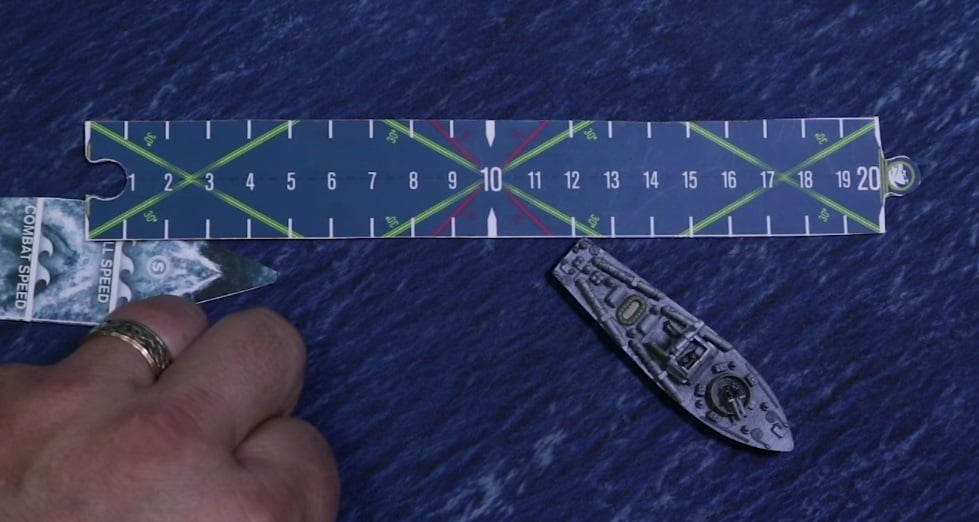 The same ruler also handles your turning–you use the markers to line up the number of degrees you can turn and pivot. So, combat movement is all about managing momentum and position. And you’ll want to do that so you can bring all your firepower to bear.

Combat works about as you’d expect. Roll a die, add or subtract modifiers, and see if you manage to hit the target. Though as you might expect out of a game that looks to breathe life into such a specific topic, the modifiers list is complex: 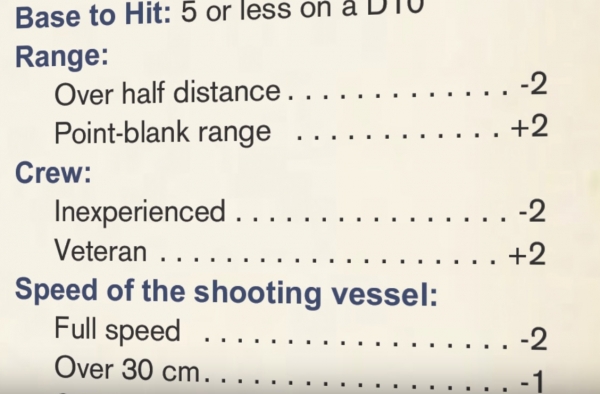 But what’s real interesting to me is that ranges for these weapons are measured from the guns on the boat, which adds an extra layer of granularity to the details of the game.

These are some of the more granular rules we’ve seen worked into vehicle combat–what’s your take on them? Let us know in the comments!