2019 heralds a bold new era for White Dwarf, with a change to their layout, look, and the content found within their pages. Come see what’s changed, what’s stayed the same, and what you’ll find in next month’s new White Dwarf.

If there’s one thing we can all agree on, it’s that change is an amazing fantastic thing that never has any downsides. Everyone always loves hearing about how the stuff they’ve gotten used to is suddenly different; so let’s all kick back and enjoy a glass of New Coke, or maybe a Crystal Pepsi, and see what Tzeentchian machinations have been wrought upon White Dwarf for the new year.

For starters, GW is pushing this as the White Dwarf you asked for–featuring more of the content that you, the community, has asked for, which just goes to show how you really can change things just by answering survey questions or writing letters to the editor. With new rules, more background, and guest columns, 2019 looks to be a bigger, badder White Dwarf. 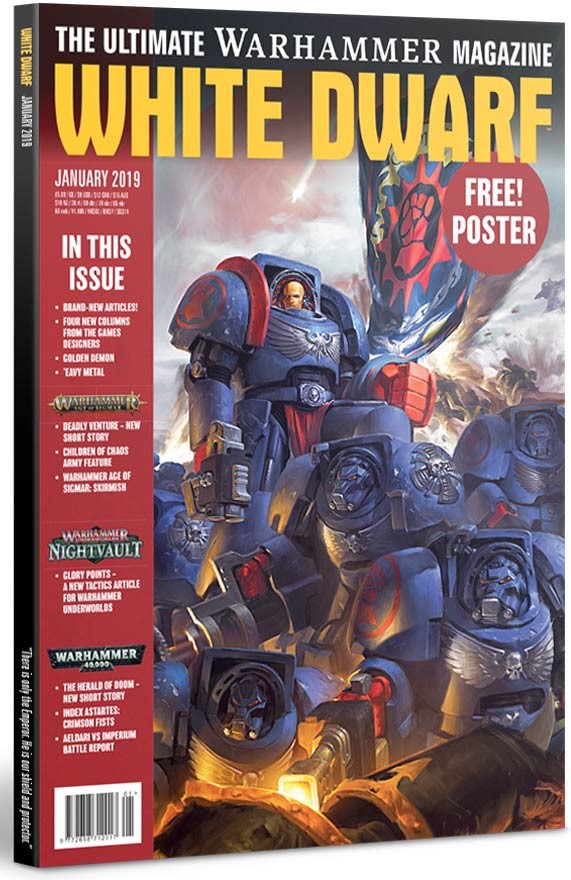 And if you’re a subscriber, you get an alternate copy of the magazine a few days early and with an exclusive magazine. The new cover showcases the artwork in full, with the White Dwarf logo merely a transparent layer sot hat you can see all the glorious details. 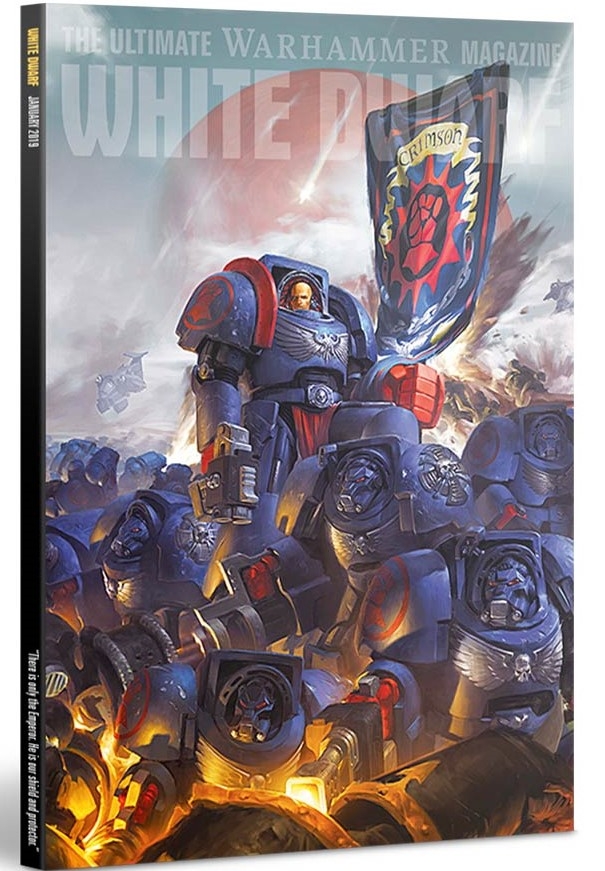 And from the look of things, there’s a lot to be excited about in the new issue. There’s a new Kill Team within, as well as new rules for Age of Sigmar: Skirmish, and features on the new Chaos armies and the Crimson fists as well.