Come take a look at the Tau Gal’leath Vash’ya, which is a massive ship capable of putting out firepower enough for a flotilla, while carrying one for support.

The T’au have a role to play in Battlefleet Gothic Armada 2, expanding their sphere of influence as the galaxy starts to burn–the Gal’leath Vash’ya is one of the first Tau ships designed for interstellar travel. It comes equipped with a massive cargo capacity and a devastating railgun array mounted on it, meaning that it can help support your ships as you strike out against the enemies of the Greater Good. 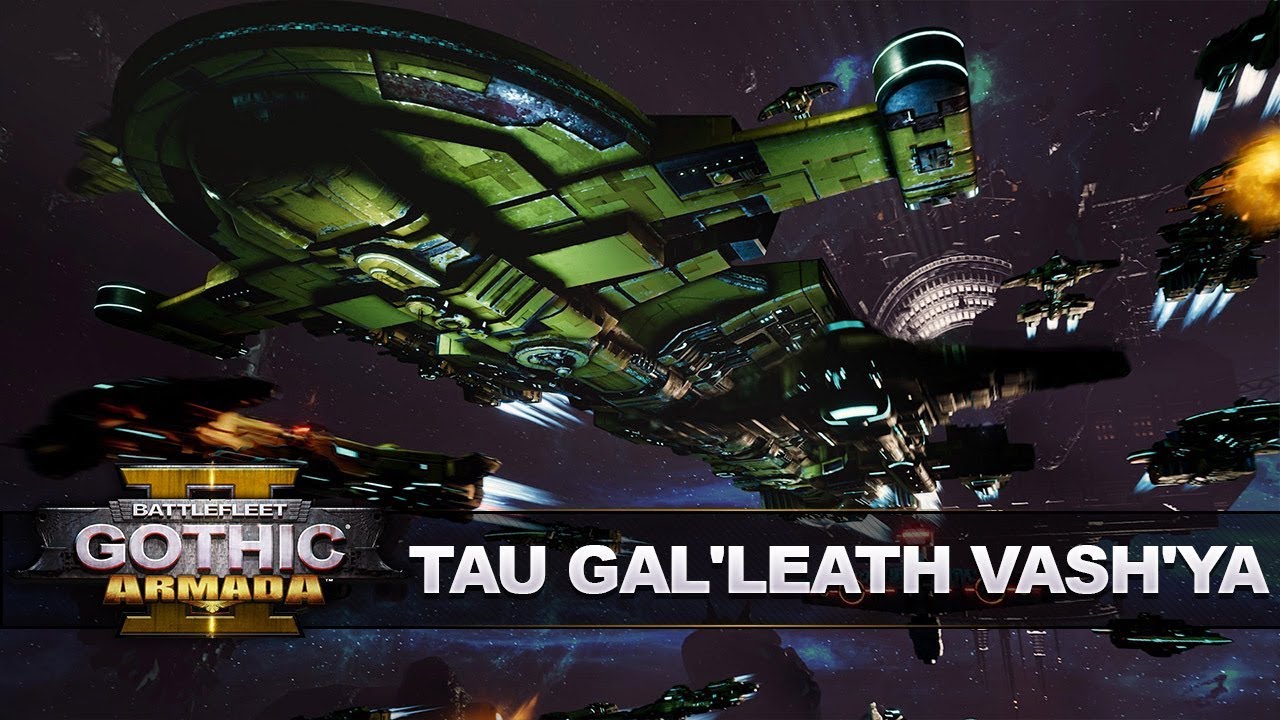 The Gal’leath Vash’ya really helps give you a sense of scale for the game. It’s one thing to see the ships sort of throwing particle effects at each other, but seeing the Explorer (to use the human nickname for the Tau vessel) next to the rest of the Tau fleet conveys the sense of massiveness that’s layered in the game, hidden behind equally massive battlescapes and cutscenes.

Let’s turn it over to the in-game engine to see some of the ship in action:

Battlefleet Gothic Armada 2 releases in January, 2019 bringing updated forces, new rules, and new flagships to each of the factions in Battlefleet Gothic. Watch as Trazyn the Infinite and Ursarkr Creed and Abaddon the Despoiler clash against the backdrop of the 13th Black Crusade and the Fall of Cadia. But the Opening of the Eye of Terror is only the beginning…

What fleet will you captain?