Starfinder: Playtest The Next Expansion For Starfinder, Shape The Future

In other RPG news today: the playtest for the next big Starfinder Expansion have opened. Sign up to playtest the Character Operations Manual–and shape what new classes and other character options are being added to the game.

Paizo is adding at least three new classes to Starfinder, giving players their first suite of new class options since the game’s official release back in 2017. In the upcoming Character Operations Manual, players will have the opportunity to add brand new character options to their game–including at least three new classes: the science-driven Biohacker, who creates injections that buff and debuff your targets as needed; the Vanguard, who wields entropy to deliver punishing punches, and the Witchwarper, who draws on alternate realities and a hefty dose of Charisma to make their magic work.

All three of these classes are the subject of the ongoing Starfinder playtest, which includes a pdf of selected rules from the Character Operations Manual and the chance to join the worldwide playtest. From now until January 16th, 2019, players can create these custom characters and put them through their paces–even in organized play (though there are special rules). And as is to be expected with this sort of thing, Paizo will be putting out a number of surveys to collect your feedback.

The Character Operations Manual Playtest for the Starfinder Roleplaying Game is our first opportunity to add new classes to Starfinder since the game’s release in August 2017, and we need your help to do it! 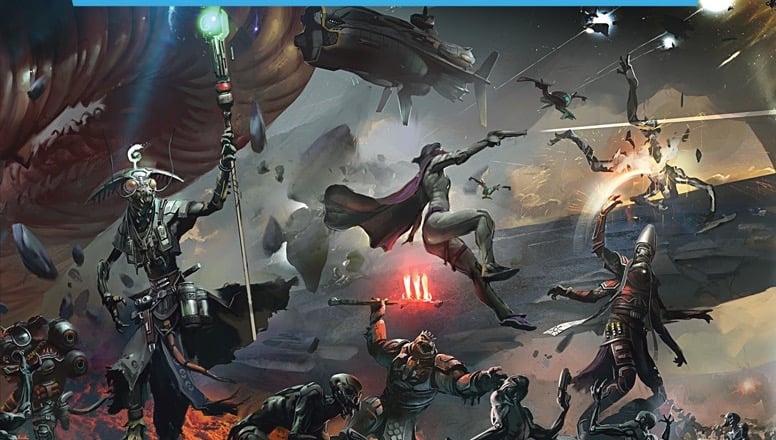 Once you have a copy of the Character Operations Manual Playtest, it’s time to gather some friends, make some characters, and test them in play. We’re interested in feedback from a variety of play situations, so feel free to try out these new classes in Starfinder Society scenarios, Starfinder Adventure Paths, or your own homebrewed adventures.

Let us know what you think! Happy adventuring!