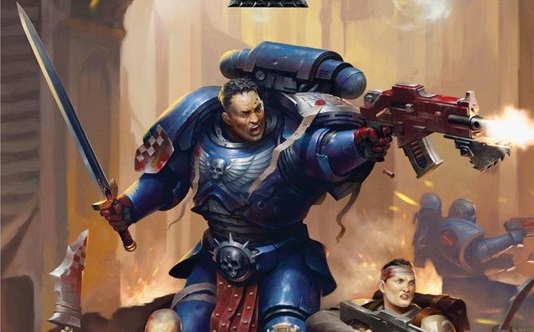 That’s right friends, the internet works its magic and the Crimson Fist rules have been leaked–these pictures are coming to you courtesy of Le Chat Geek on Facebook, and firm up everything the Crimson Fists do, so let’s dive in and see what’s what.

First up we have the Chapter Tactic, which provides some much needed clarification for the “if a unit has more models than you.” 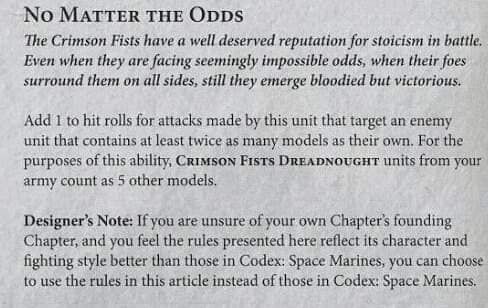 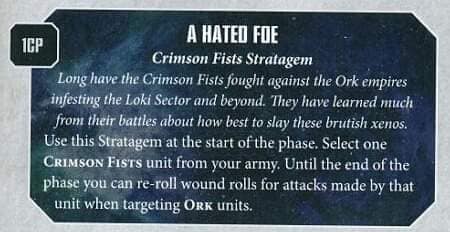 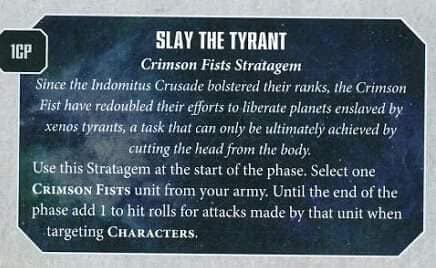 There are two unique Stratagems, A Hated Foe and Slay the Tyrant, one of which leans heavily into Crimson Fists Lore and how they famously have fought Orks moreso than most Space Marines–and the other is helpful if your Crimson Fists are facing a character heavy army–or at least ensuring that even if you’re not shooting at something that outnumbers you 2-1, you’re still hitting on 2s. 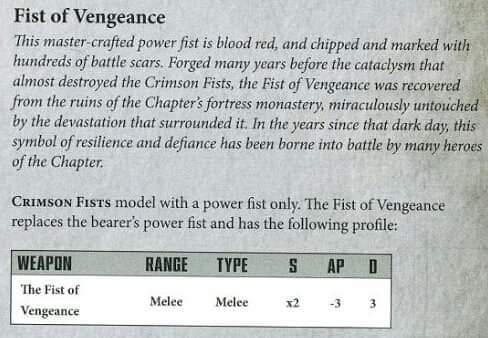 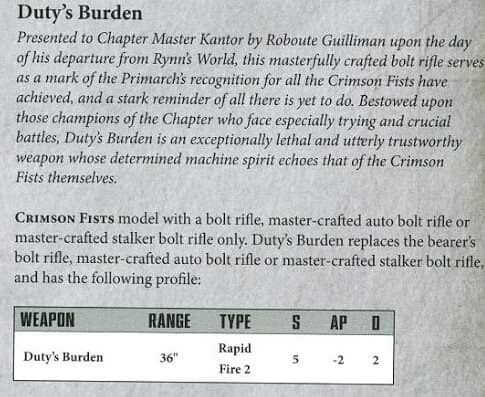 For my money though, the Relics are where its at. You can take a pretty sweet Power Fist or Bolt Rifle and get ready to deal out some reliable damage, Duty’s Burden especially will help your character tear through enemy support characters if they can get a shot on them.

Finally we have the Warlord Traits. One lets you become a mini Guilliman, getting back up on a 4+ after you get knocked down, Tubthumping style, the other gives you d3 extra attacks if there are ten enemy models nearby, but the one you really want gives you double plus objective secured.

And that’s the Crimson Fists, soon available in a White Dwarf near you.

What do you think of their rules?