Board Games Top 10: Featuring War of the Worlds: The New Wave 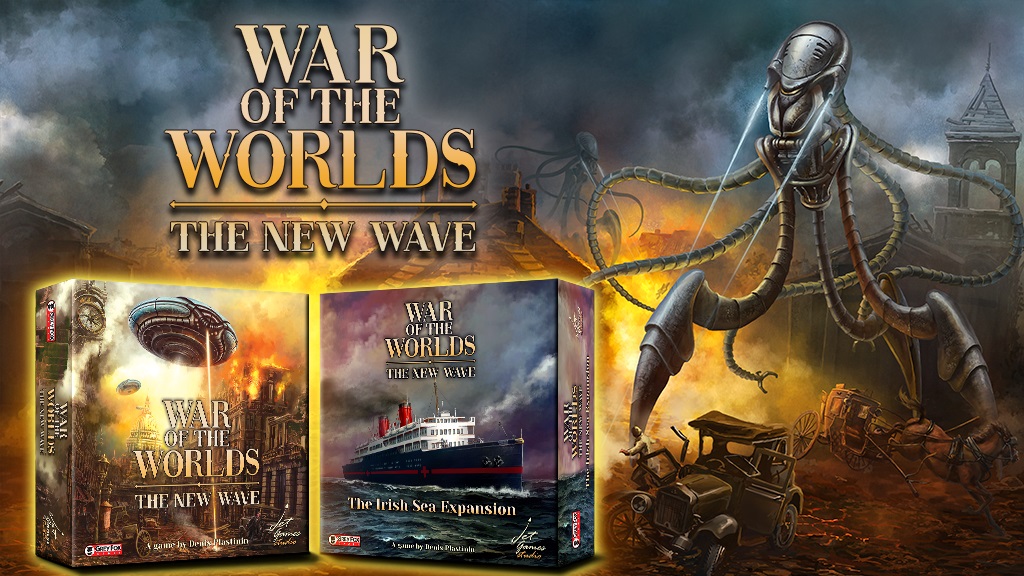 Not to be confused with the 2008 straight-to-DVD sequel with a very similar name, this one’s actually really good!

Root‘s back! Everyone say Hi to Root! It’s been a while!

Also, this might be the first time we’ve ever had the same game on the Hotness list twice at the same time. Quite an achievement, Suburbia.

Lastly, I’m worried someone didn’t fully translate the title of Doppelt so clever.

…This week is weird. What’s War of the Worlds about?

War of the Worlds 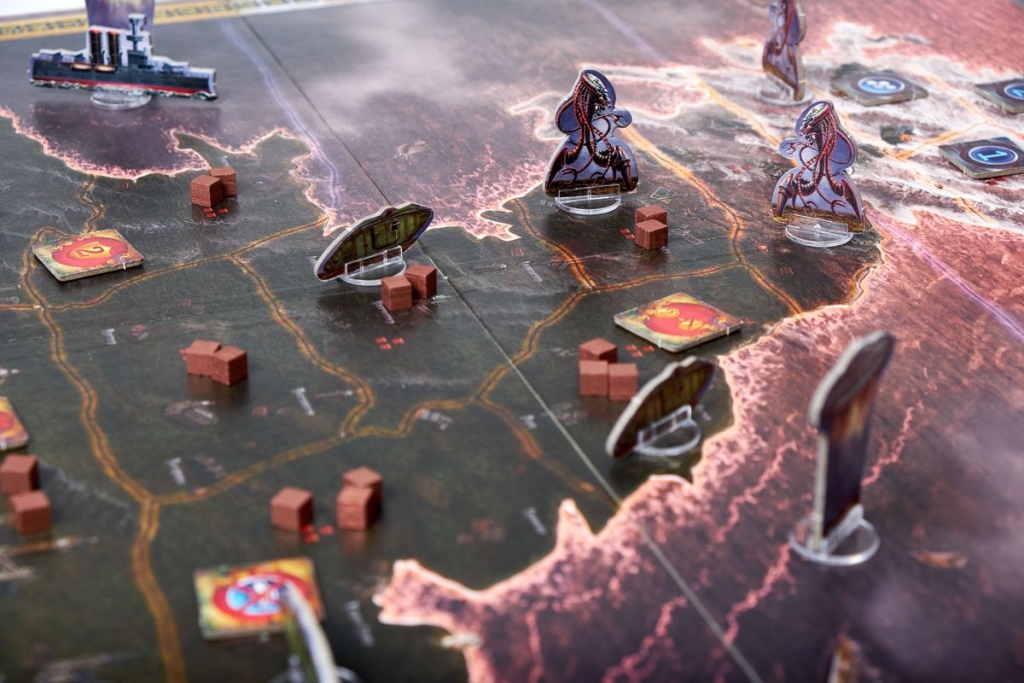 These are early edition standees. The published game comes with miniatures.

The game pits humans versus aliens in a race to annihilate the other. One player is the humans, the other is the aliens. Each player begins with a separate deck which they will improve throughout the game. That’s the deck builder aspect of the game. Many cards can be used in multiple ways. The more powerful effects typically require the card itself to be removed from the game. Using the powerful effects of those cards at the right time is crucial to victory. 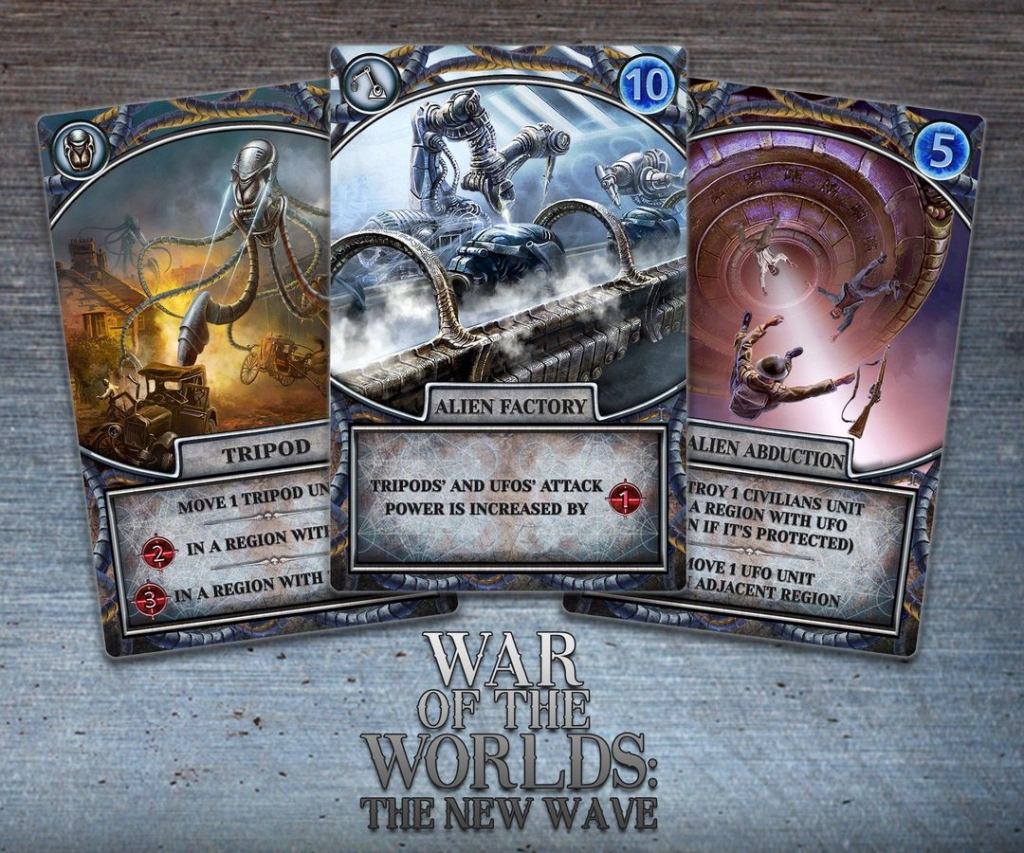 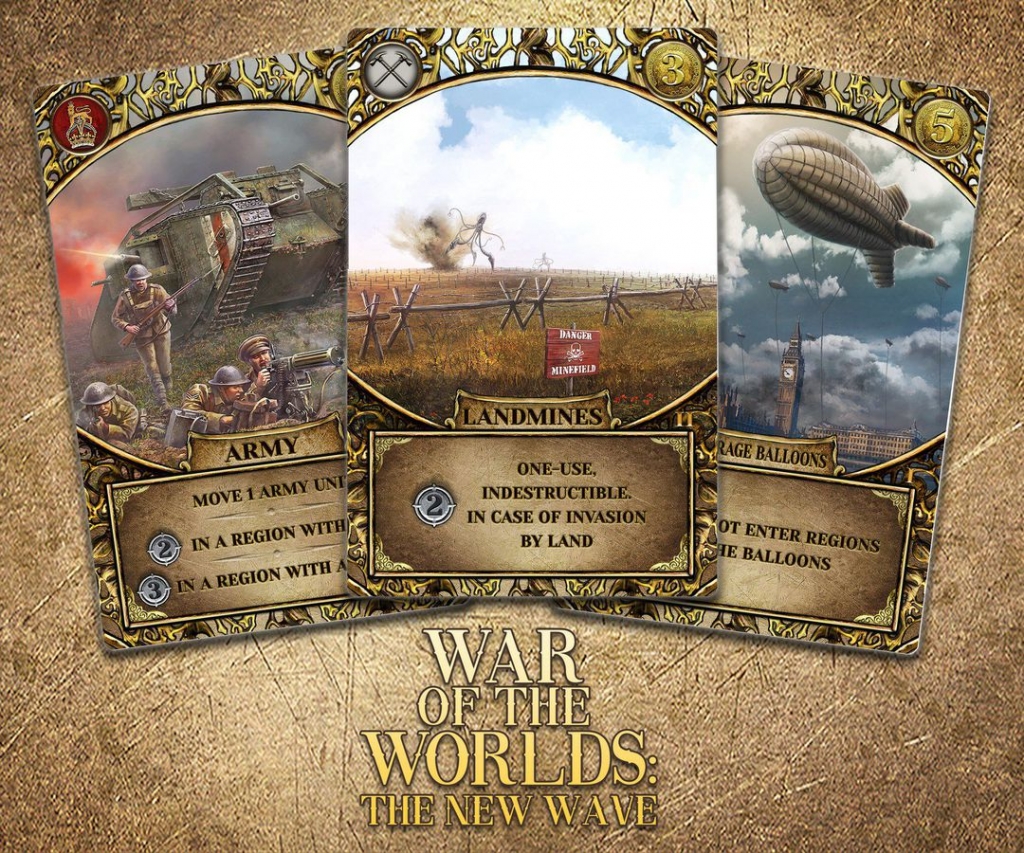 The goal of the alien player is to kill every human civilian. However, damage dealt by aliens has an order of operations. Buildings are dealt damage first, then military units, then finally civilians, represented by cubes on the board. As the civilians are killed, they are removed from the board. This gives the human player plenty of options to protect the civilians, although at a potentially pretty high cost.

Rather than looking for a full eradication of the enemy, the human player’s goal is to deal 30 total damage to the alien forces. This is tracked on the damage track on the side of the board. So while both sides are racing to deal 30 damage, they go about it in two pretty different ways.

Additionally, the cards provided to each player are obviously pretty different. Not only the capability and theme, but also in strategy. The human player is much more protective and careful, versus the much more aggressive aliens. 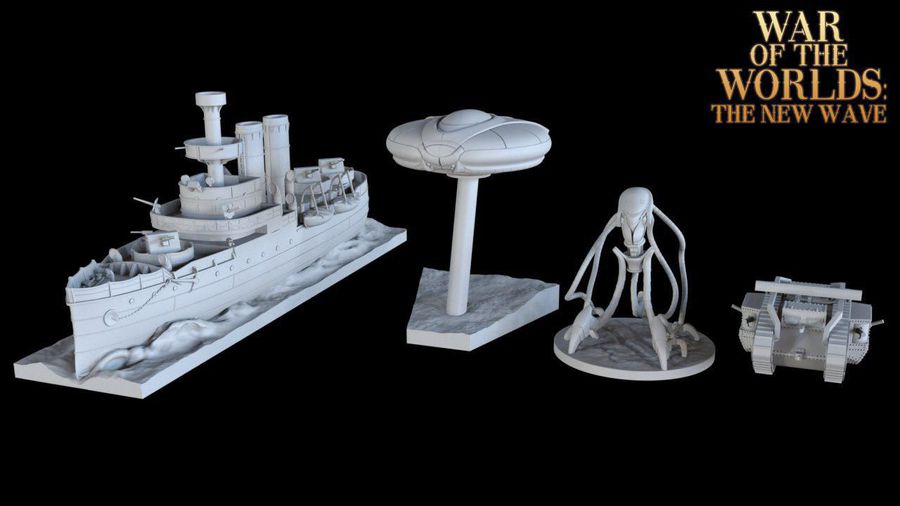 Plus, some super rad miniatures.

I’ve said time and time again, I love games that can provide a deep, strategic gameplay while maintaining a very simple instructional time. There are some additional rules to know, sure. But at this point, you could jump in with a good understanding of the game. Plus, I love deck builders and I’m super into any asymmetrical gameplay.

Long story short: I’m real into this game, you guys. 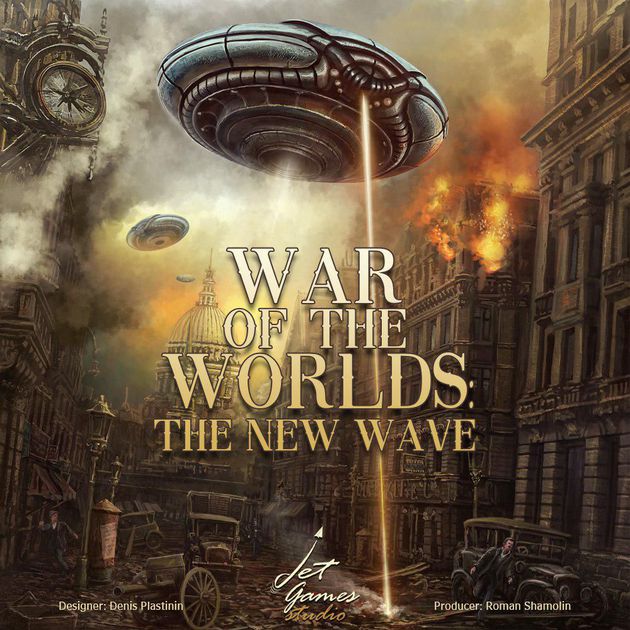 ‘War of the Worlds: The New Wave’ is an asymmetrical deck-building game with a playing board, for 2 players. The game events unfold several years after the original ‘War of the Worlds’ story by Herbert Wells.

Extraterrestrial invasion occurs again, but this time the Martians arrived on a giant spaceship which lands in one of the backwater districts in Scotland.

During the game one player commands the alien forces, and the other one becomes a leader of UK self-defense units. The main objective of the invaders is to completely annihilate the population of Great Britain, while the opposite side needs to deal enough damage to the Martian army.

The game is played with 2 asymmetrical decks of cards, a playing board, tokens and standees.