Mantic: Deadzone Players Have Some Exciting Things to Look Forward To 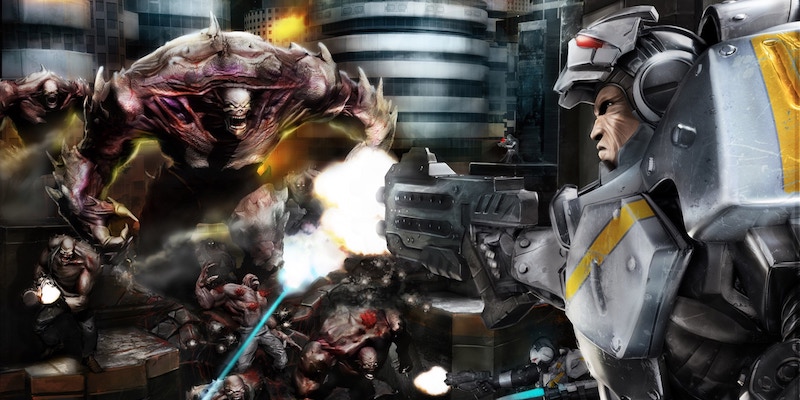 Last year was a great year for Deadzone – Outbreak was released, the Nameless got a faction starter, and it wrapped in a massive summer campaign. Mantic has a lot more planned for players in the new year.

Thanks to the roaring success of Command Protocols:Outbreak, the supplement will now become an annual release. A little like Clash of Kings, Command Protocols will include any errata/new units for the existing factions, along with new ways to play, Elite lists and potentially new factions.

In Escalation the main focus will be on getting all those mercenaries combat ready! The RC and playtesters are currently busy pushing the mercs to their limit and ensuring they’re more balanced, so hopefully we’ll see them popping up in more games. What’s more, a whole new selection of mercs from Star Saga will be added to the roster. Now you’ll be able to add Erika Dulinsky, Curby and more to your Deadzone factions. Exciting stuff!

However, that’s only the tip of the iceberg because Escalation will include multimat scenarios, new units, rules for using interactive scenery and more! Just like Outbreak, it’ll be due out in the summer so stay tuned for more details. It will also include all the faction lists again, so if you’ve missed out on Outbreak, don’t worry! Escalation will have all the stats and any errata required. 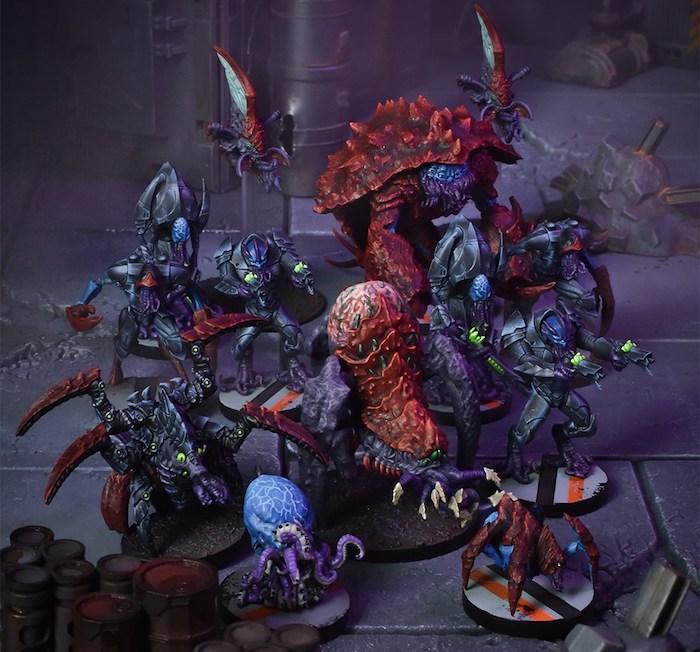 Along with Escalation, another exciting addition to the Deadzone range is the Incoming Intel Deck. Imagine for a moment that your elite strike team of soldiers is out in the field trying to secure various objectives. However, out in the chaos of the battlefield, plans can often change on the fly. One minute you’re trying to take out the enemy leader, the next you need to capture a particular point on the battlefield.

Well, imagine no more Deadzone fans, because the Incoming Intel Deck will recreate those exciting scenarios. This deck of cards generates new objectives throughout the mission and you’ll score extra VPs if you manage to complete them. And as you complete more objectives, you’ll be able to draw new cards from the deck to earn extra VPs. Don’t worry if you can complete a mission either because there’s the opportunity to trade in cards for an all-important re-roll. What’s more, some cards will trigger special events – these could be a race to reach a certain location, or a bonus for particular units.

The Deck will look a little like this – the Warpath Objective Cards. The Incoming Intel Deck will be available alongside Escalation in the summer. More details to follow soon! 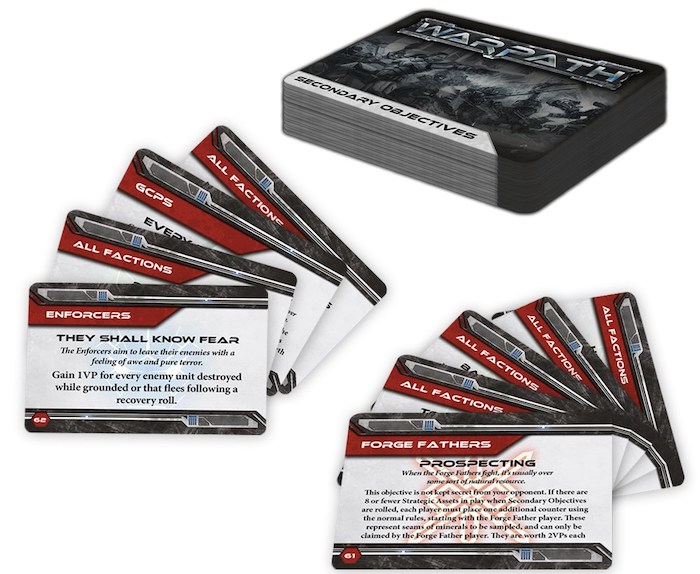 Of course, it wouldn’t be right if we didn’t have some sweet new miniatures to accompany the supplement and card deck. This means in July we’ll have a few brand-new miniatures, alongside a re-release of a couple of old classics. Leading the charge for the re-releases is the infamous Stuntbot. Out of print for years, the Stuntbot will be making a glorious return in resin for 2019. Even better it’s going to have alternate arms, so you can build a melee-heavy or ranged-heavy version. And don’t worry all you Stuntbot owners out there because you’ll be able to buy the arms separately from the website. 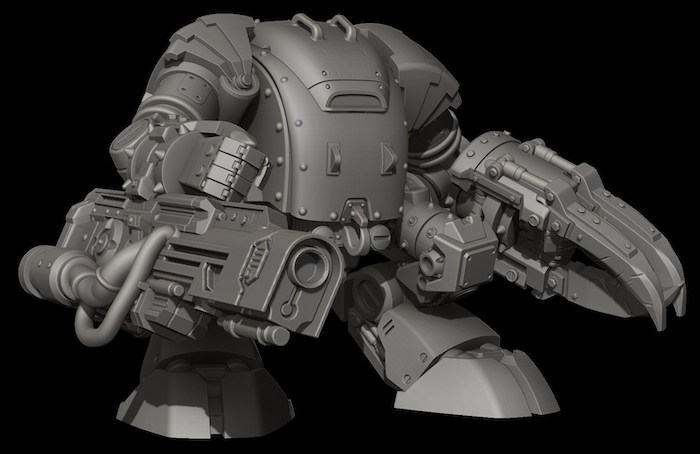 To celebrate the re-release of the Stuntbot, we’ll be releasing an awesome new mini Stuntbot, in the form of ‘Bolts’ – a new Leader for the Marauder faction. You can see an early render below. Look at his happy little face! 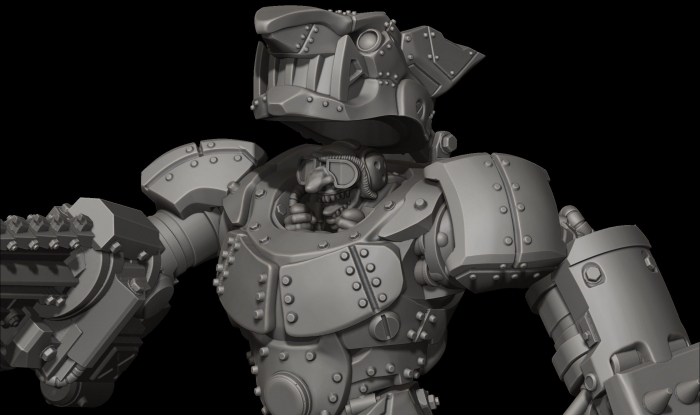 Bolts isn’t the only new release because the Nameless will be getting access to an extra couple of units, including the Feromite. Think of it like a mini Ogre. 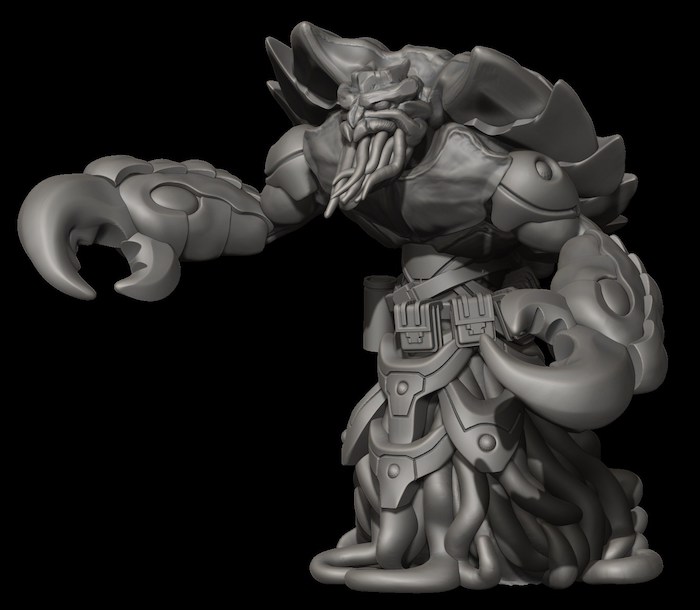 There will be some other surprises in Containment Protocols: Escalation too, which we’ll be revealing closer to release. However, all this should give you a taste of what’s coming up in 2019. Deadzone is going from strength to strength and the future looks extremely bright.

Not playing Deadzone? Get Started today!