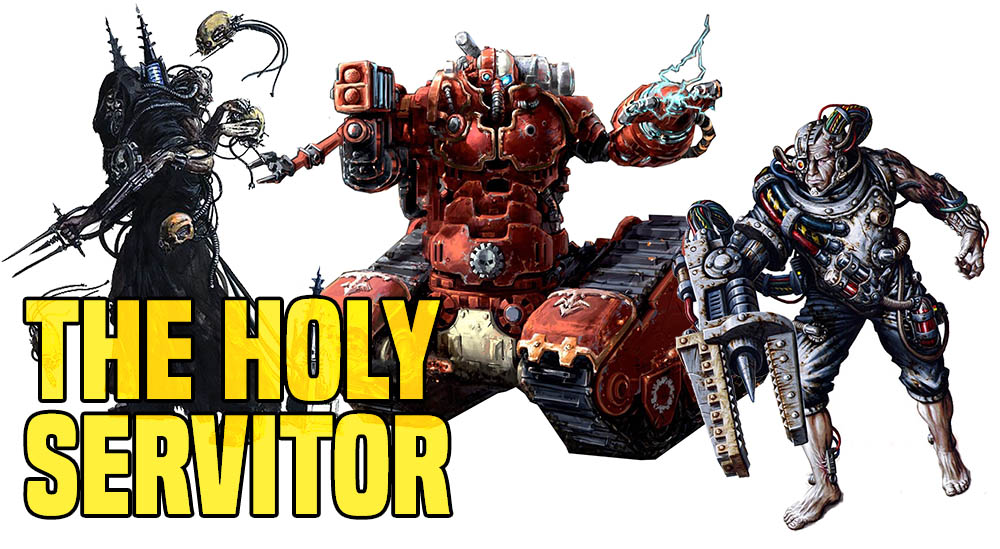 Come Loremasters and learn of the tireless cogs of the Omnissiah’s will. The Holy Servitors, without which the Imperium would grind to a halt.

Servitors are mindless drones of flesh and metal used to carry out simple, manual tasks. They are one of the few tolerated forms of robotics tolerated in the Imperium as they are simply surgically enhanced cyborgs, not true artificial intelligence. 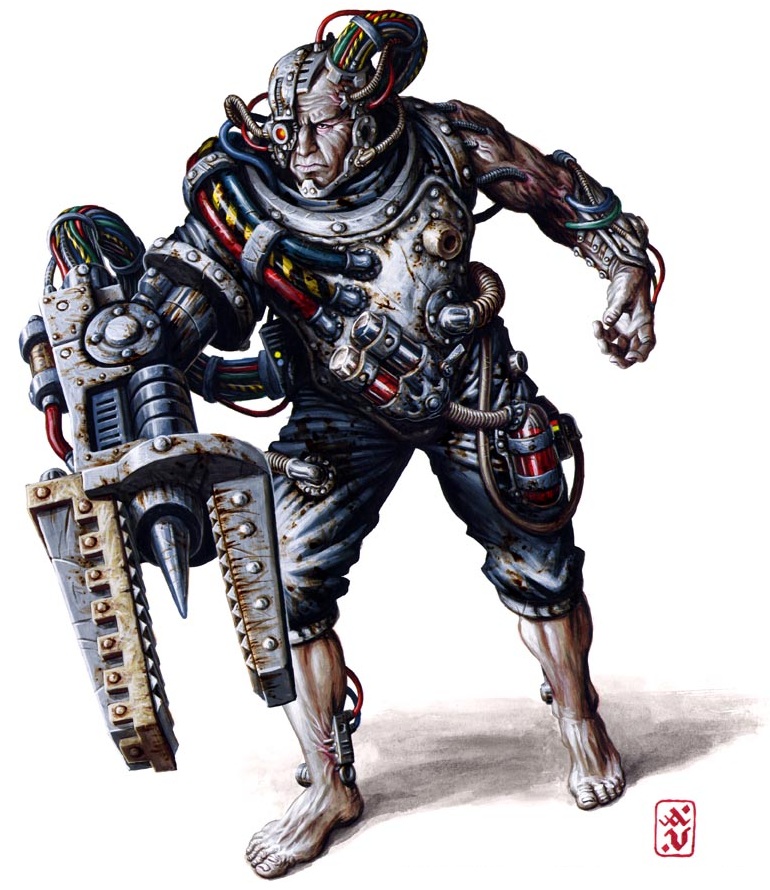 The Cogs of the Omnissiah

While many are vat-grown, often a criminal, particularly one who has offended the Cult Mechanicus, will be sentenced to “Servitude Imperpituis” and will be handed over to the Tech-priests to be mind-wiped, reprogrammed, and cybernetically-enhanced to serve some specific, rudimentary function. Servitors are mindless, possessing only the most basic of instincts. Their brains are programmed to perform only the task they were designed for. The altered and fragmented brain of a Servitor functions poorly unless constantly supervised. Most will go into a state of mindlock, babbling incoherent nonsense as the Servitor tries to assert some form of awareness.

Servitors are created by the Adeptus Mechanicus, and supplied to departments of the Adeptus Terra such as the Administratum, and to the Inquisition. Servitors make up the vast bulk of the population of Mars and other Forge Worlds, where they fulfill the role of workers. 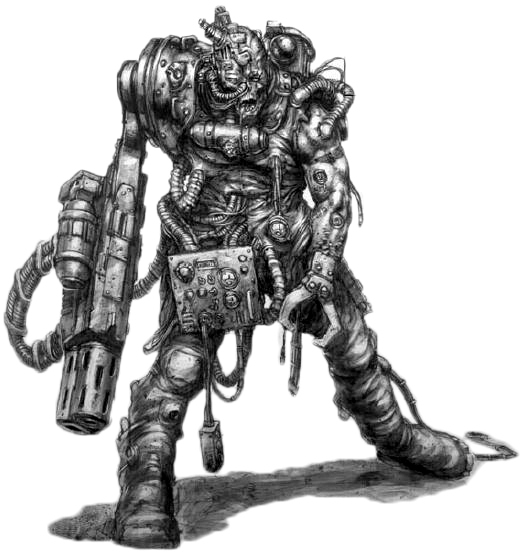 There are many types of Servitor, each designed for a certain task. Typical Servitors are “Technomats” which operate and service machines, “Holomats” which act as holographic recordists, “Lexomats” which are like human computers with tremendous calculating powers, and “Drones” which are living robots – stupid and essentially mindless slaves ideal for menial work and little else.

Servitors are often used to carry out the more dangerous or labourous duties, such as heavy mining. They also accompany Tech-priest Enginseers on the battlefield with the Imperial Guard, as well as Space Marine Techmarines. These types aid in the repair of vehicles or sometimes carry large and dangerous weapons such as plasma cannons. For both forces, the Servitors are practically identical cybernetically, although the servitors of some Space Marine Chapters are created from failed Marine Initiates. Perhaps the most feared of all the Servitors are the Praetorian Servitors, a class of heavily armed and armoured Servitor deployed by the Adeptus Mechanicus to guard the Tech-priests and temples dedicated to the Machine God. 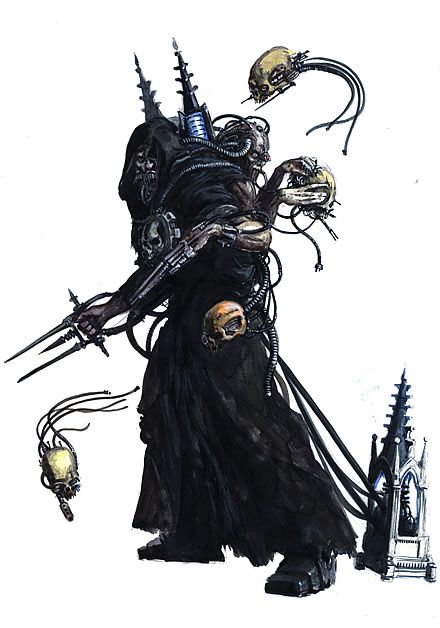 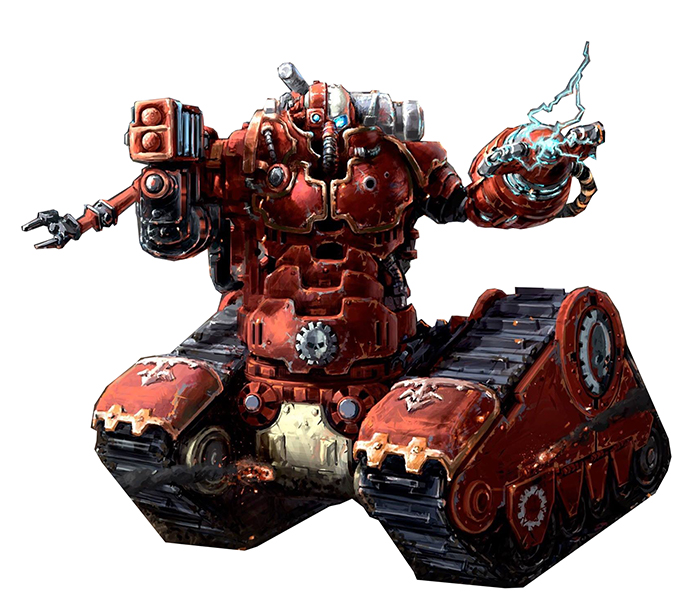 Learn Of Even More Categories of Servitors

~Blessed is the Grace of the Omnissiah who allows even the fallen and heretics to yet serve the Will of the Master of Mankind!