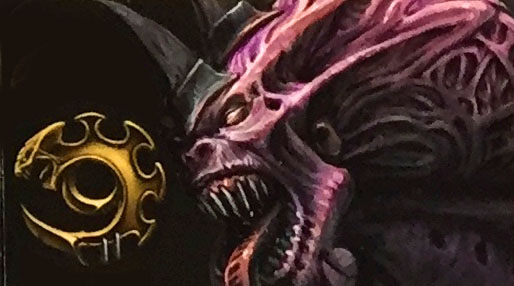 Here’s an Ascension Day toolkit for all your Genestealer Cult needs–ensure that those Imperial Oppressors never know what hit them with these psychic boons and cult stratagems.

Come take a look at the stratagems for the Genestealer Cults, and while we’re at it, have a look at their psychic powers as well. Come and learn the dirty tricks they’ll have up their sleeves/the cunning tactics that will be sure to lead you victory. First up, we have the new, fully fleshed out Broodmind Discipline. 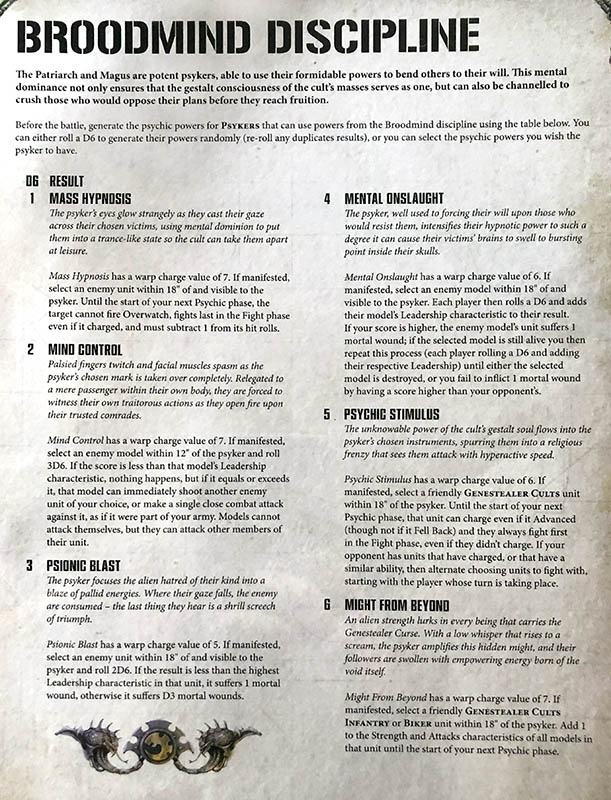 This discipline synergizes well with the overall scope of the army, lending itself to the opportunistic playstyle of the cultists. Whether giving you the tools to create openings, such as with Mind Control or Mass Hypnosis, both of which let you stack the deck in your favor–or tools to capitalize on your strengths like Might from Beyond or Psychic Stimulus.

Then we have a look at a few of the stratagems available comr Ascension Day. 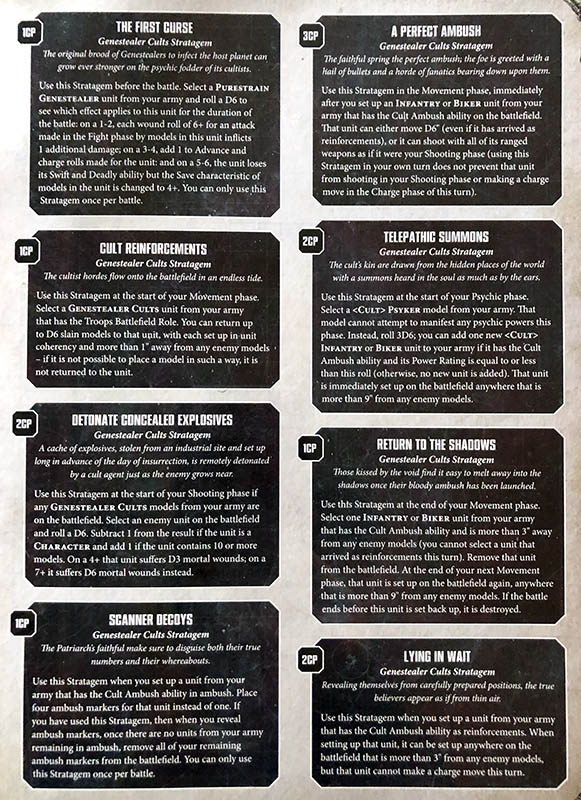 As you can see, there’s a lot of interaction with the Cult Ambush ability. This is an army that lets you go all in on deployment shenanigans, with things like A Perfect Ambush or Lying In Wait or Psychic Summons or Return To Shadows letting you decide when amd how your troops will show up. Facing a GSC army means going in blind, and not knowing if you’re about to crash headlong into some Anerrants or a well placed Kelermorph ambush, or just running into some Neophytes.

Then you get flavor like the Hidden Explosives and and Cult Reinforcements to help your cult feel exactly as treacherous and deceitful as you want it to be.

What do you think of the Stratagems? Let’s not forget their Agents of Vect– how will your army play? Let us know in the comments!