With six short days left before Abaddon and his fleet arrive in the skies above Vigilus, more details from the doomed mission to Nemendghast filter out in the latest round of tales from Vigilus.

Continuing their short story series following the doomed mission to Nemendghast, wherein a strike force of Vanguard Marines crippled the operation of a daemon forge and sacrificed themselves save for one Librarian, who managed to escape to report to the others that Chaos is coming, today’s story sees the action begin. Aptly titled Commencing Hostilities, the story follows a band of Reivers who perform well in excess of their miniature counterparts on the table, as they make landfall on the planet, clearing the way for their strike force. We don’t actually see what’s in said strike force–but after all, the Shadowspear Boxed set is the doomed mission to Nemendghast, and we’ll likely see what models are included in that force closer to the weekend (say on Sunday). 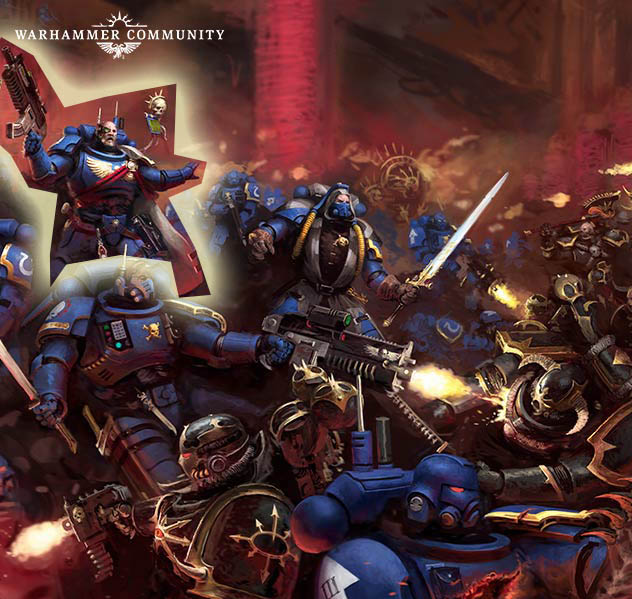 Meanwhile, Abaddon is supposedly going to seize control of Vigilus next Tuesday–which is already being called out in the Regimental Standard:

For the “Black Legion” to take our world in the remaining time on this presumptuous countdown would be impossible, requiring nothing less than the sudden arrival of thousands of Heretic Astartes and a Gloriana-class Battleship.

Famously, Abaddon’s flagship, the Vengeful Spirit, is a Gloriana-class Battleship. So, things continue to heat up. What’ll be interesting to see is where things go once Abaddon lands on Vigilus–the Warmaster of the Black Legion vs. the new embodiment of the Primaris Marines, and a symbolic representation of the best hope that Guilliman has to offer is certainly a throw down for the ages. But whoever gets their nose bloodied is going to have to go through some narrative trickery to not undercut all of the “hype on one side, now hype on the other.” This fight will need some care to come out satisfying to both sides–but with new toys on either side ready to cut their teeth, it’s an exciting time for 40K.

Who do you think will win the battle for Vigilus?