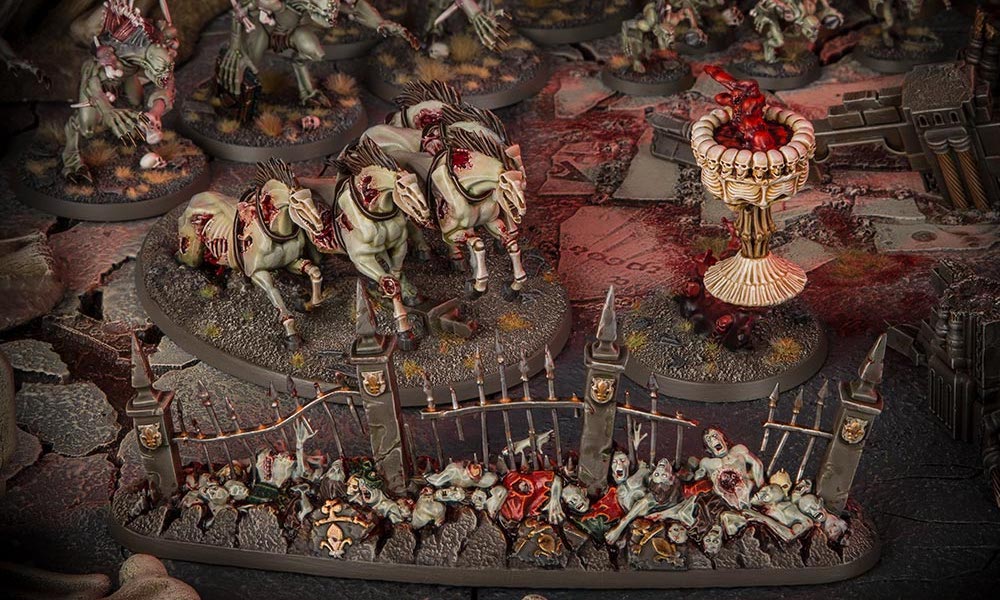 Alright friends, the Carrion Empires are rising, yesterday we saw how a tide of vermin will rise and devour the world, today we’re going to take a look at how the rotting, mutated forms of cannibals will do the same.

That’s right friends, we’re here today with another preview for you, and today we’re taking a look at the Endless Spells of the Flesh Eater Courts. There are three new spells to dig through, including a gruesome chalice, a stampede of undead horses, and a rotting barricade of corpses that holds relics of an ancient civilization. We’ve also got a look at the new piece of terrain as well, so let’s just dive right on in. 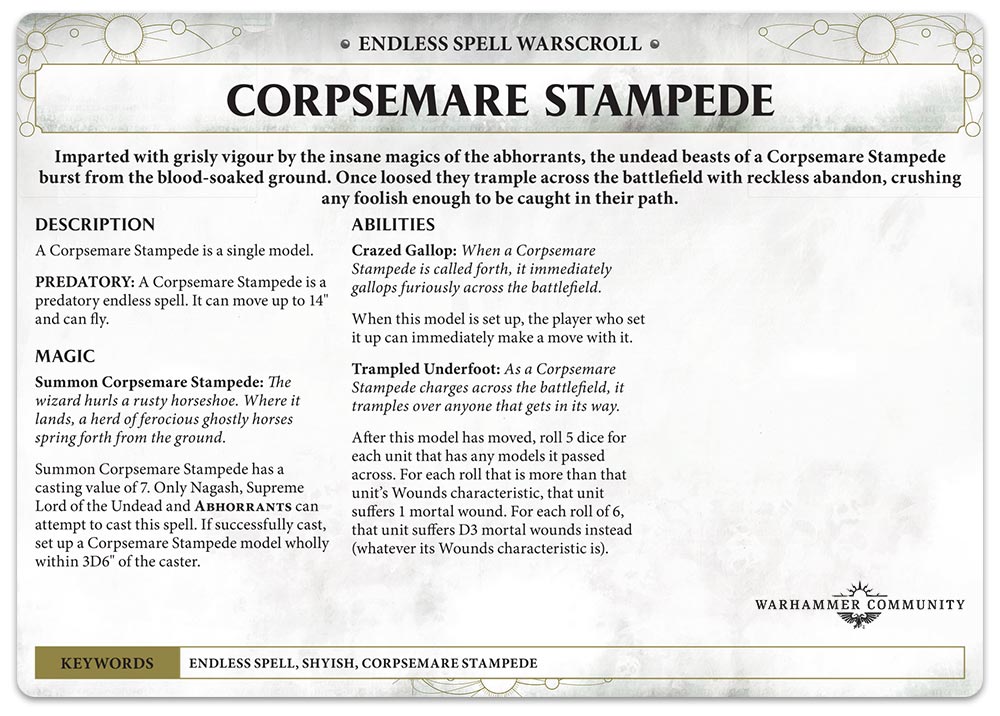 The Corpsemare Stampede is a predatory spell that you’ll summon to unleash in a trampling storm across the battlefield. You get 5 dice (because there are 5 horses), and you’ll get the most out of it if you point these at a big unit of 1 wound models, so you can trample the maximum number of mortal wounds. 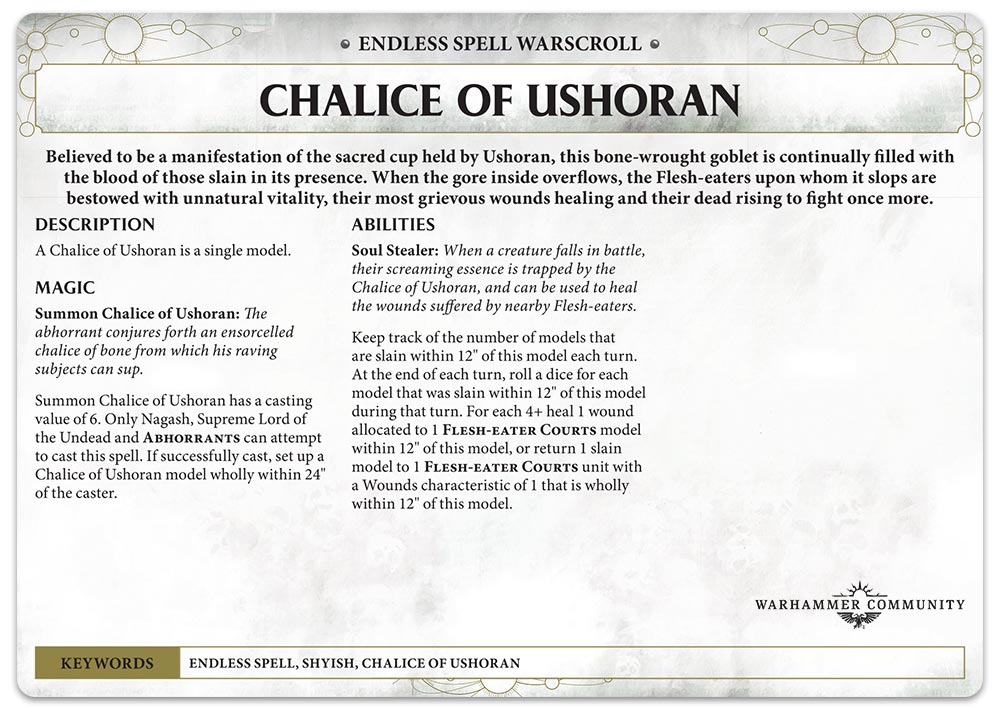 The Chalice of Ushoran, on the other hand, is a great spell to pop up when you are about to get stuck in, it’s reminiscent of the Plaguewalker combo out of 40K in that it only cares about models slain. On a turn when there’s a massive fight, even if you take losses, you’re going to ensure that they take more than you. Get a leg up on that battle of attrition. 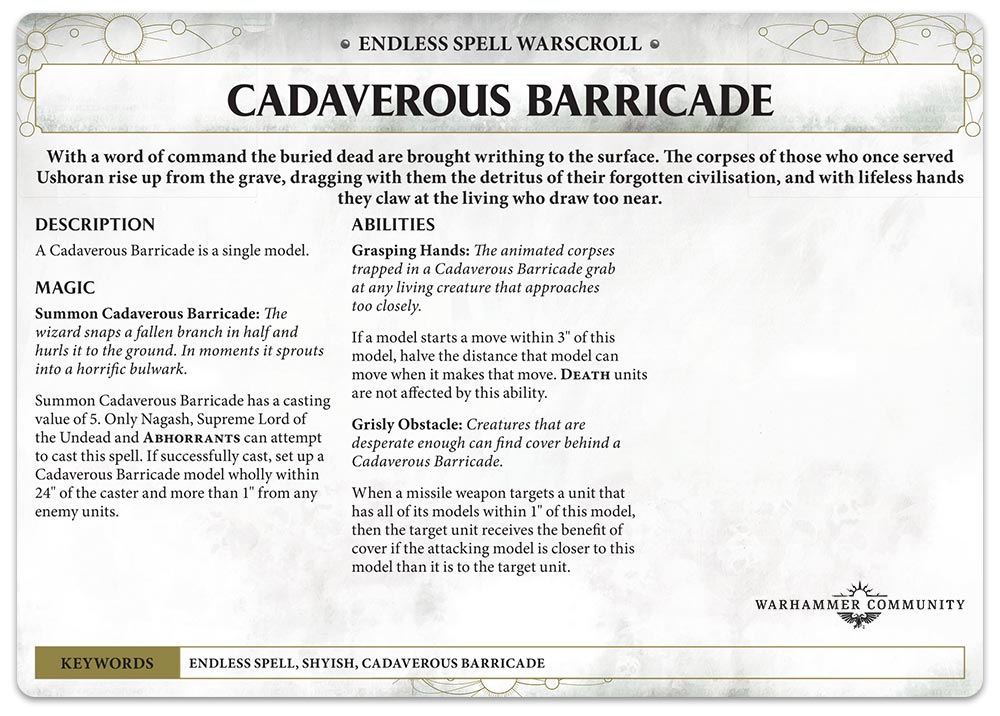 Finally the Cadaverous Barricade gives you a pop up cover that you can retreat behind (or slightly in front of) in order to make sure you get the charges you need. 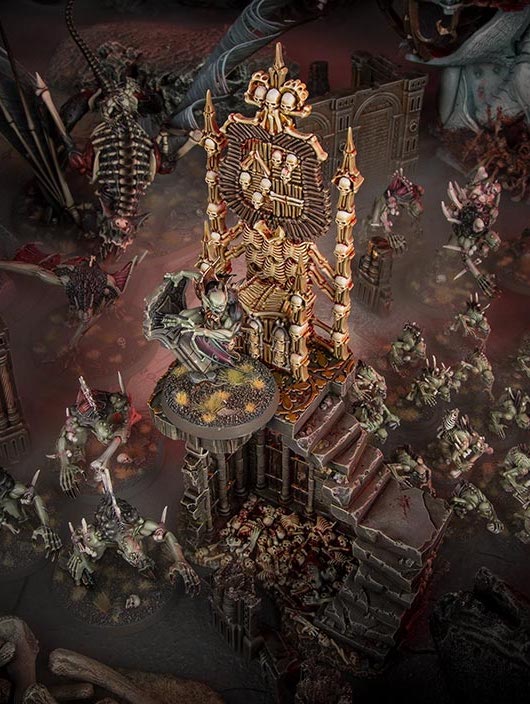 This one’s a fairly straightforward one as well. Your Units nearby get +1 Bravery, your opponents get -1 Bravery, and if you get a an Abhorrant leader nearby they can use their Reinforcement abilties without spending a Command Point. 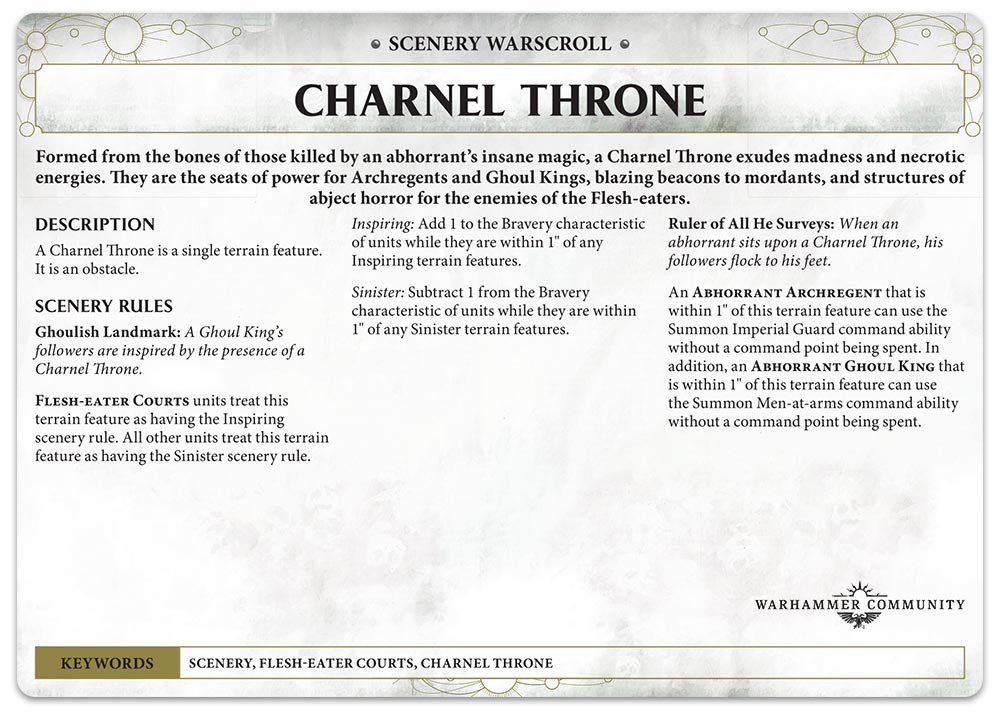 And that’s the Flesh-Eater Courts. They arrive tomorrow, so be on the lookout for that!

Author: J.R. Zambrano
Bell of Lost Souls Staff Writer and DM, J.R. covers RPGs of all stripes and on occasion eats sandwiches. You can ask him about either at [email protected]
Advertisement
Age of Sigmar AoS Death Games Workshop Rules Tabletop News
Advertisement