Bretonnia LIVES! That’s right folks, Bretonnia has re-emerged from the grave of the Old World to charge into the Mortal Realms once again. But they look very different but they are still there if you look at the signs. The Flesh-eater Courts are Bretonnia reborn, folks – and we’ve got the evidence to prove it.

Return of the (Undead) King

The Flesh-eater Courts are divided up into different houses that all serve the same king. These courts are members of the Royal Family and are all considered nobility. Does that sound familiar? Well it doesn’t stop there. Each of these courts has their own delusions of grandeur. These delusions manifest in different ways but if you think about it, they aren’t so different from the “delusion” of the Grail Quest – which turned out to be a bit of a sham.

There is also one character that seems to bridge the two factions pretty clearly. Some of you might remember the Black Knight Mallobaude. And while he met his end at the hands of the Green Knight (who turned out to be Gilles le Breton in the End Times), Mallobaude had sworn his fealty to the Undead. And that which dies can live again if you know the right people. Enter a member of the Flesh-eater Court: Lord Marrowbroth, First Knight of the Deadwatch. Mallobaude. Marrowbroth. Hmm… 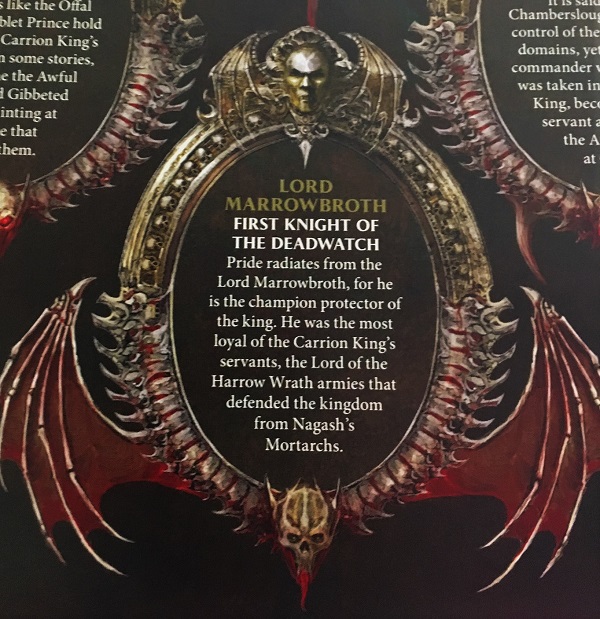 “Oh it’s just a play on words, that’s a pretty thin connection you’re making so far.” Okay, depends on how you look at it but that’s just the tip of the iceberg. How about some photographic evidence to prove my point? After all, Pics or it didn’t happen, right? 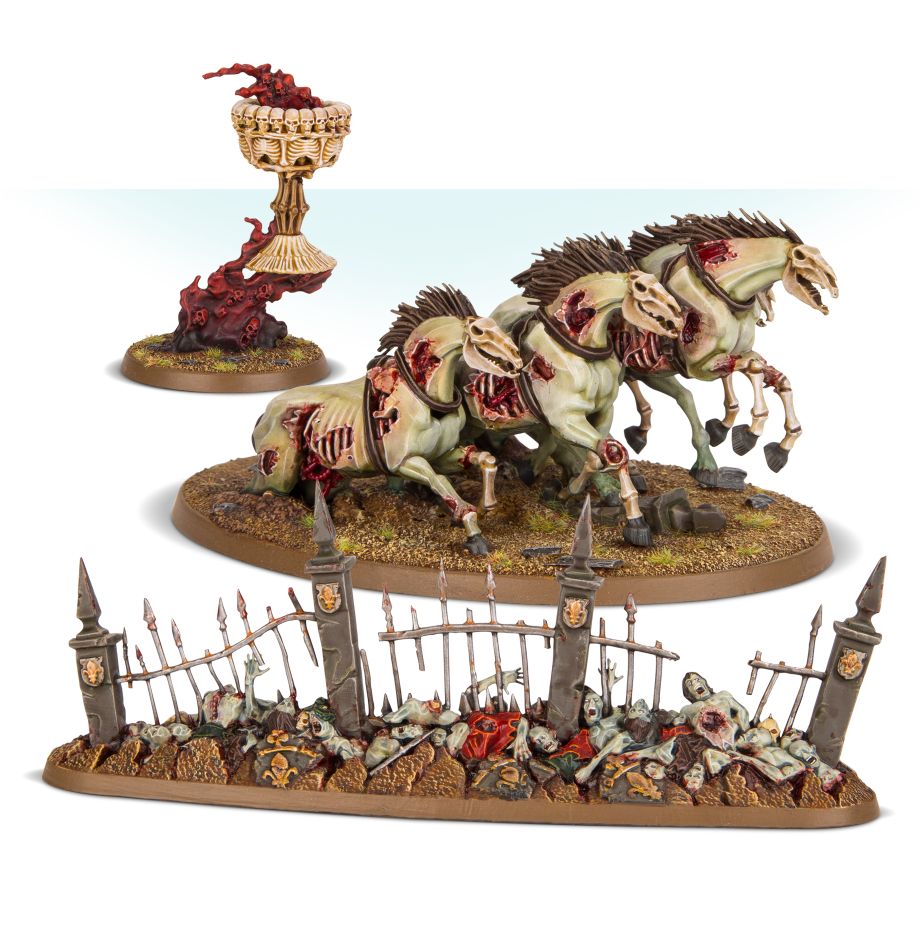 Above are the Endless Spells of the Flesh-eater Courts. Pretty straight forward, nothing to see here, right? WRONG. Let’s break these down one by one. First, we have that Blood Chalice: 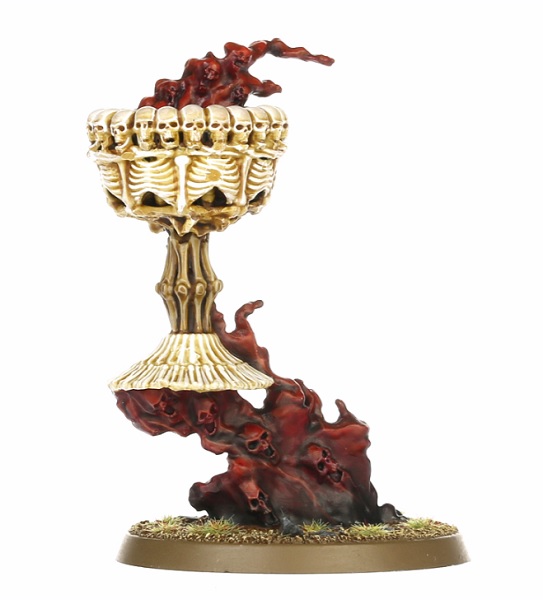 You all DO remember what the “Totally Not the Holy Grail” Grail of Bretonnia is based off of, right? Yeah, it’s based off the Holy Grail, you know, from King Arthur. And that Holy Grail was said to be the cup from the last supper and depending on what part of the Arthurian literature you’re following that same cup was also used to catch Christ’s blood during the Crucifixion (See: Joseph d’Arimathie by Rober de Boron). Yeah: Blood Grail. Sure looks like there is a whole lot of BLOOD in this here Chalice of Ushoran, doesn’t it… 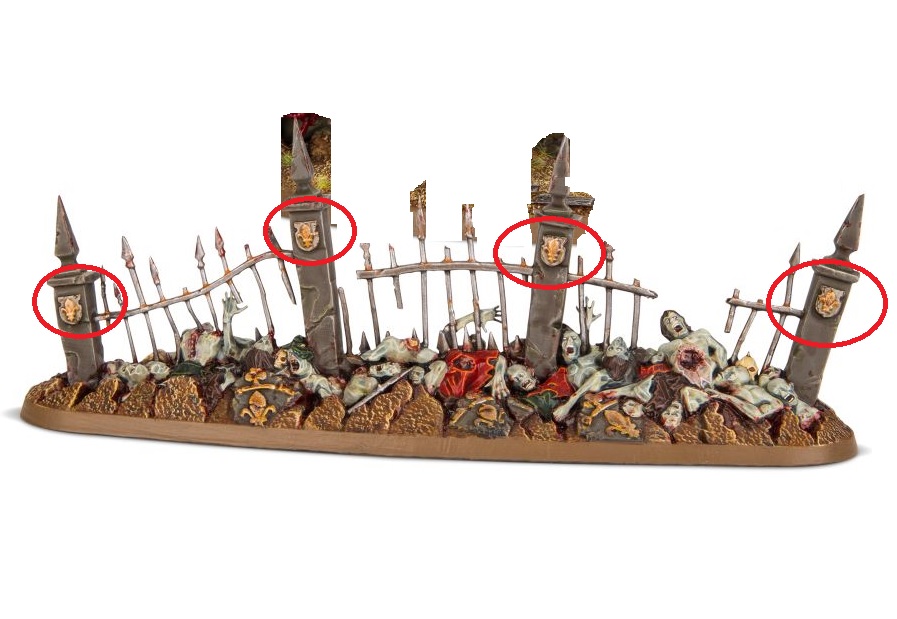 Or what about the Cadaverous Barricade? Seems awfully similar to the Defensive Stakes that Bretonnia Bowmen used to get access to, doesn’t it? And look closer at those posts coming out of the ground – are those fleur-de-lis? Yes. Yes they are… 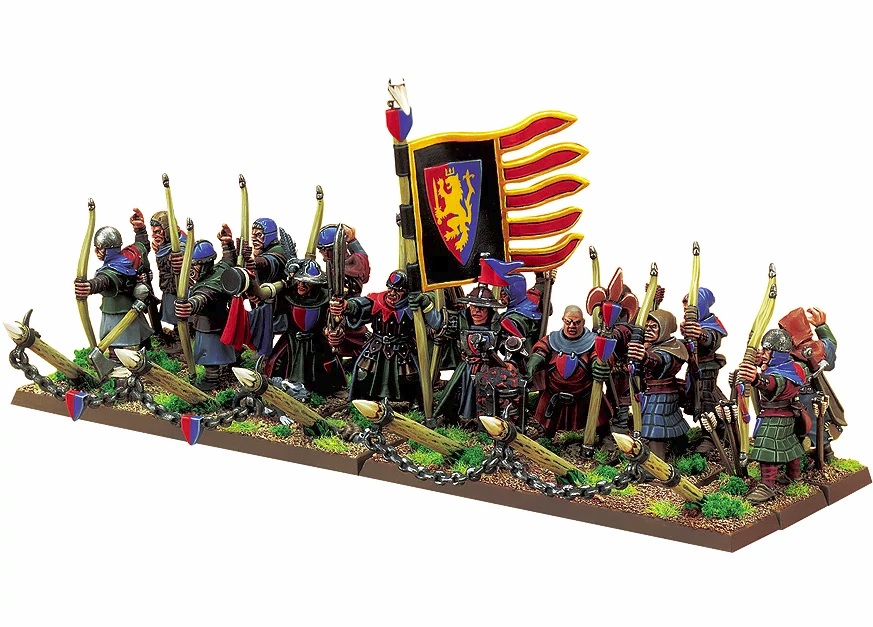 Okay, yes one is a broken fence post with columns that have spikes on top with some iron bars in the middle while the other is sharpened wooden spikes in the ground with iron chains attached. I can see how those two things are TOTALLY different…or not.

But what about the Corpsemare Stampede? Have you gotten a close look at the horses and the formation they are in? 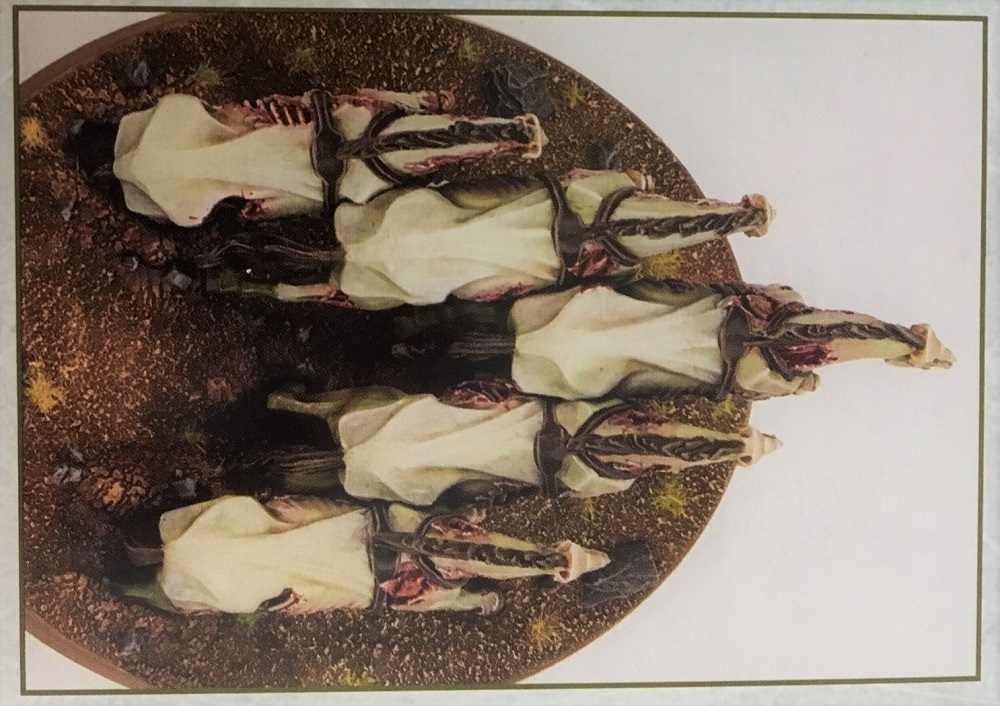 Yeah – there’s FIVE of them. And they are in a very specific formation: 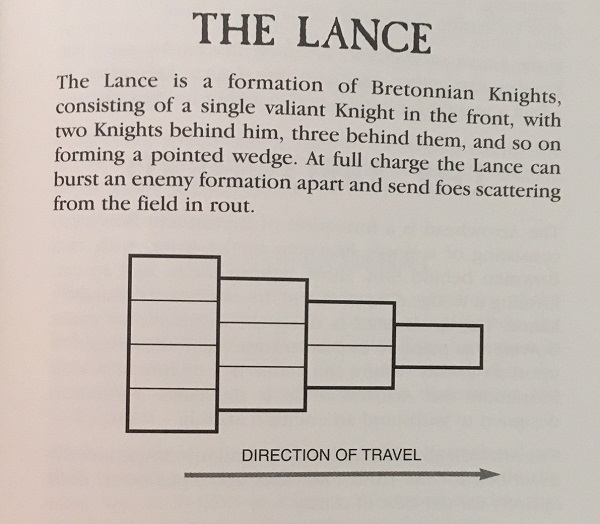 It’s probably just a coincidence. Yeah. sure. “Coincidence.” And there is a horse missing in the 3rd row, too. So clearly different things, right?!

And then there is the their new terrain piece – the Charnel Throne. First off, it’s a Throne and nobility sits on thrones. If that wasn’t obvious enough, there is also the giant Coat-of-Arms on the throne. And those were kinda the Bretonnia’s thing.

But the very last clue is the floor of the throne: 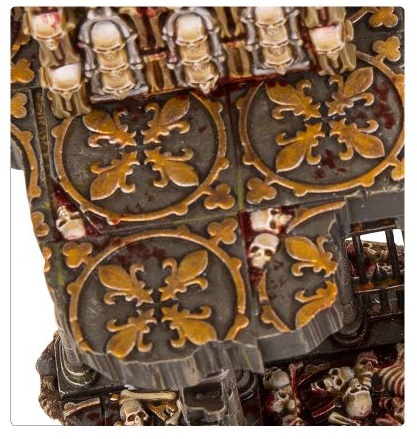 Sure looks like more fleur-de-lis, and unless the Sisters of Battle invaded the Mortal Realms. built a Monastery, got killed, and turned into undead, I’m pretty sure that is just one more reference to Bretonnia.

At this point you’re either going to believe that:

Or maybe some combination of the three. I’m not sure how that works, but that’s not the point. There’s probably even more clues but frankly conspiracy theories wear me out. So I’m going to take a break now and let this case rest.

So – What’s your opinion? Does Bretonnia live on in the Mortal Realms, is this just a cruel joke by GW, or are you unconvinced by the circumstantial evidence? Let us know in the comments!

CHARITY: Operation Good Cause 2019 Has Begun! 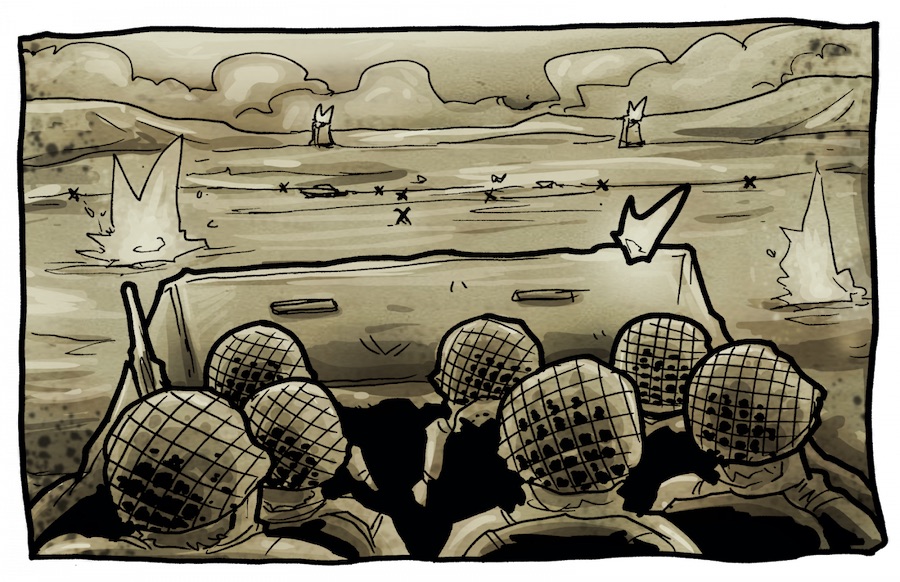