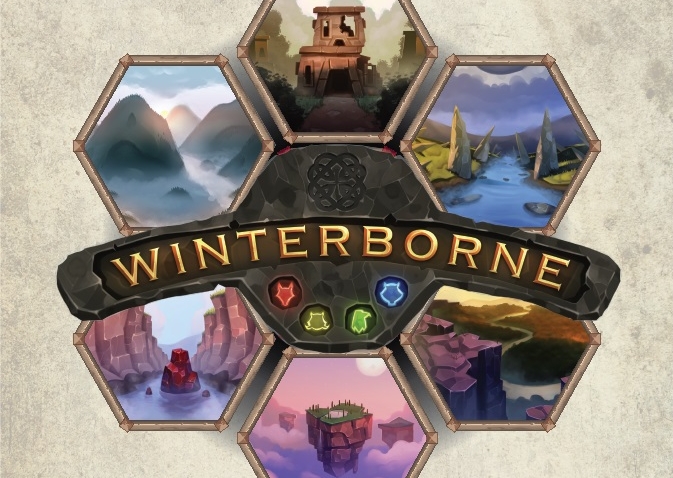 Winterborne is a competitive deck and empire builder game with hand management and resource management mechanics. The goal of each player is to acquire the most victory points by the time the game ends. Victory points are gained through a wide variety of means, offering multiple routes to victory. 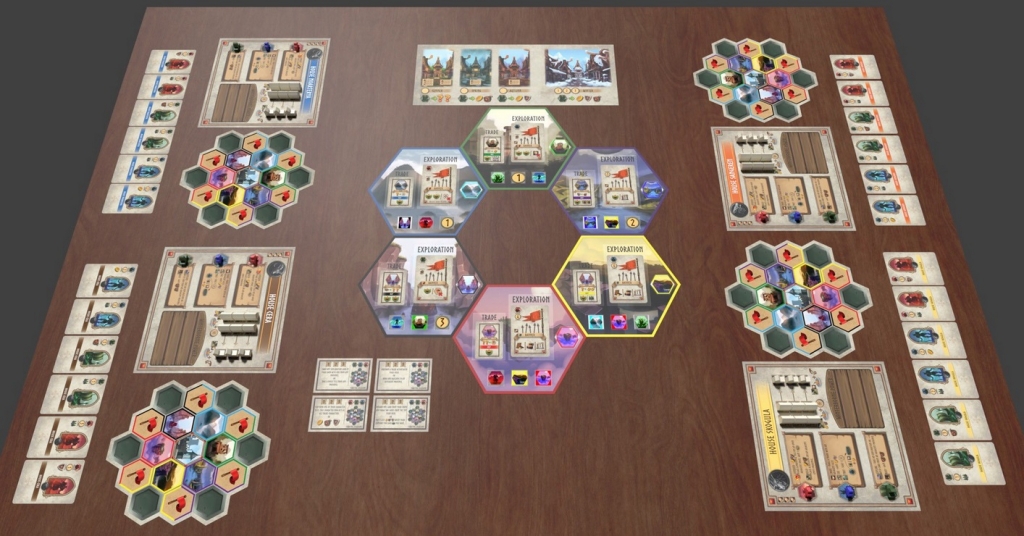 On each players turn they will play cards from their hand to do things. Crazy, right?! The thing they will most often do is move one of their 3 characters: Warrior, Explorer or Shaman. Of the 4 cards in the players hand at the start of their turn, 2 cards are required to move a character. The first card designates which character will move (as noted by the unit icon), while a second card is played to denote how far that character can move (the number in the circle). Alternatively, cards can be played to gain the resource noted. As the game continues, players will start to gain fancier cards with fun, unique abilities. 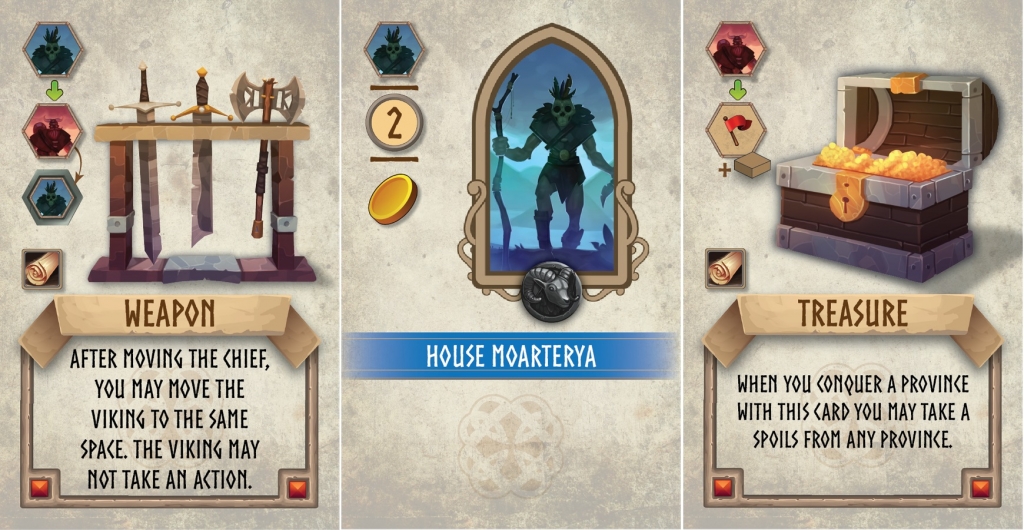 As the characters move around the player’s board, which is a minimap of the main game board, each unit will be able to perform different actions at each of the different provinces on the map. Each character has different actions it can perform and some actions will depend on which cards are currently visible on the provide board itself. 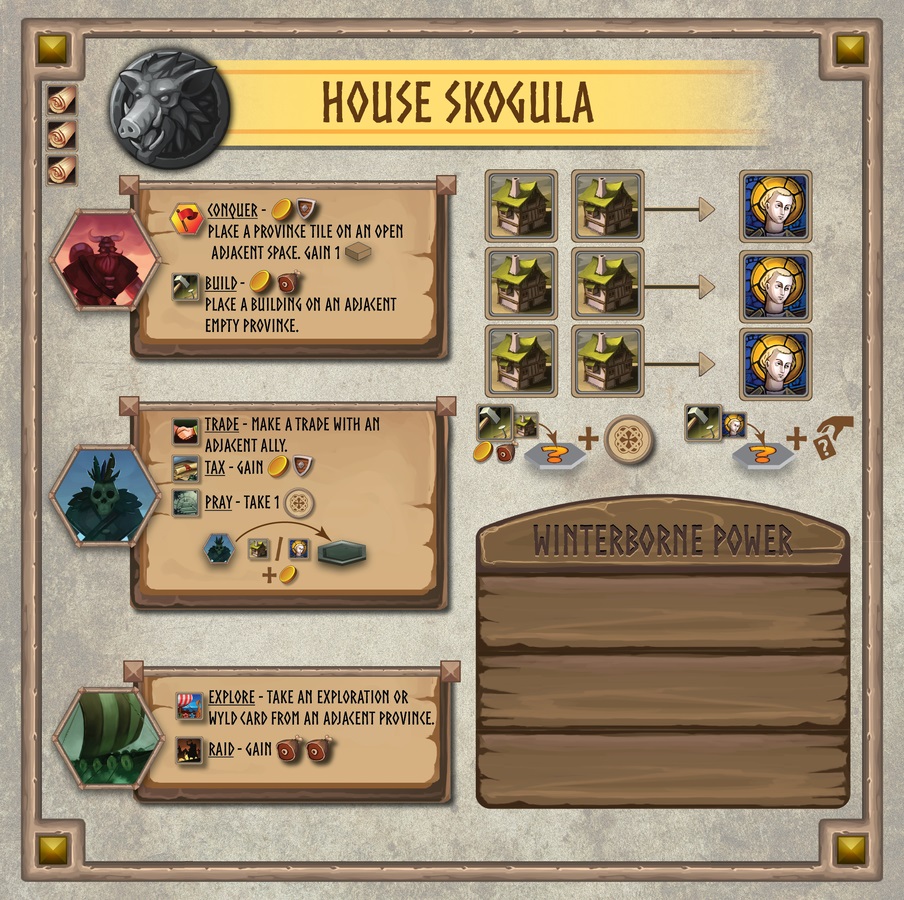 Each player is dealt a random Winterborne Power card at the start of the game.

The game plays out over 4 seasons and each season ends when the Explore deck for that season is empty. Exploring is how players will add fancy cards to their deck. Each province has a card on it which is the card that will be gained if a player explores in that region. That card is then replaced from the exploration deck.

Warriors have the ability to conquer, but also settle. Conquering allows players to add additional provinces to their map, customizing their own player board to better suit the ones they like to hit for often. While building allows players to build settlements, which can rack of loads of victory points very quickly at the end of the game. 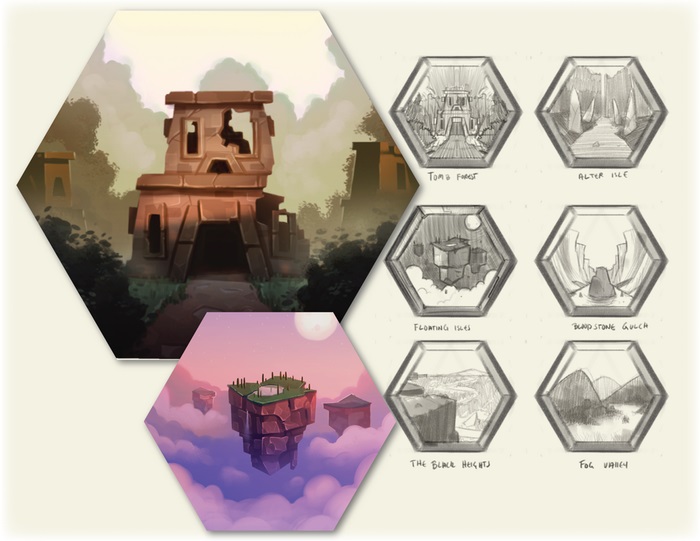 There are way more details and subtle mechanics about Winterborne that we didn’t really go over here, but hopefully we’ve touched on enough of the gameplay to give you a good idea of what you can expect from it. There is a lot of options and a lot of ways to win. Considering each card can be used in up to 3 different ways, that offers tons of player options during each and every turn, which is very rarely a bad thing. 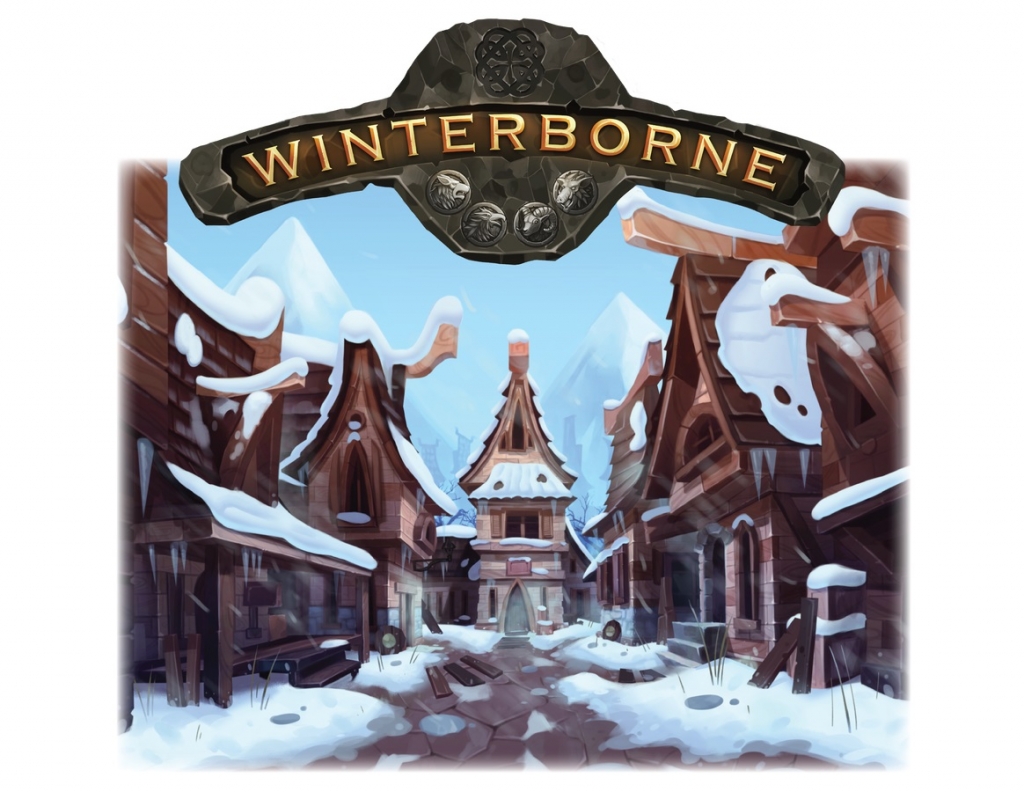 Winterborne is a Euro-style medium weight game with light deckbuilding and tableau building. Players will use three different characters; the Viking, the Shaman, and the Explorer to lead their clan and expand their kingdom. The game is played over the Norse calendar year and each clan is preparing for the harsh winter. Players will enjoy the light interaction by exploring for cards and conquering nearby lands. Once winter is over the game ends and the player with the most Victory Points wins the game.

Winterborne has multiple paths to victory and each player can decide the best route based on card collection, expanding and settling, or trading with allies. Each path provides a rich and enjoyable play.

Author: Matt Sall
Matt has loved games of all kinds his whole life: board, video, war, roleplaying. He's worked as a writer for BoLS since 2017. He's worked as freelance editor for board game rulebooks and has designed many of his own games as well.
Advertisement
Board Games Kickstarter Rules Tabletop News
Advertisement