D&D: Sidling Up With Selesnya – Guilds Of Ravnica 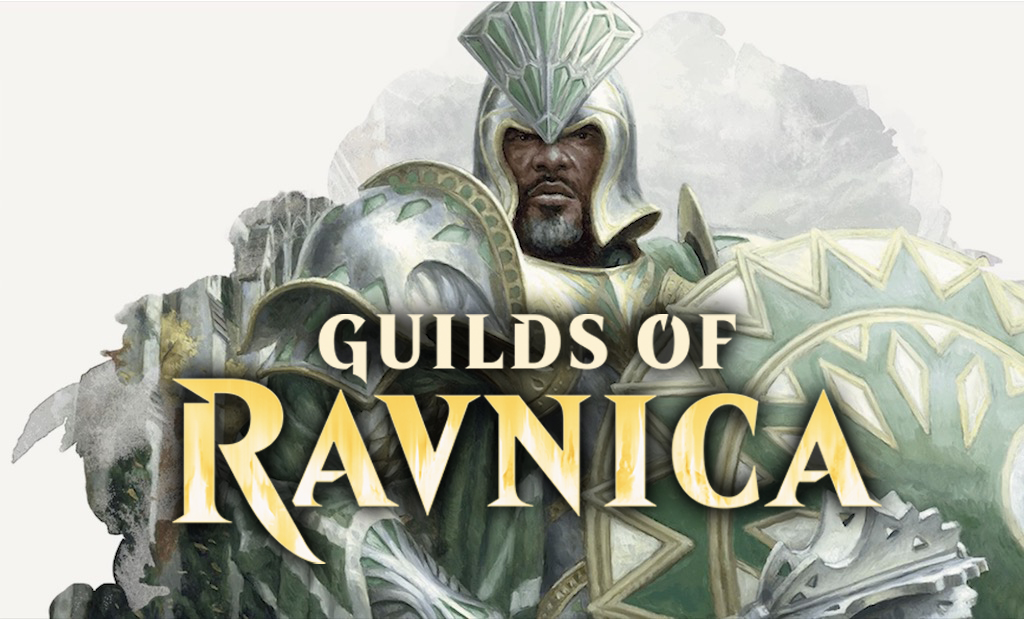 The Selesnya Conclave is a Guild that strives for peace and harmony while espousing that the whole is greater than the sum of its parts–and they have the numbers to fight for it if need be.

If you’re seeking harmony in the fast-paced city life of Ravnica, if you feel like you’re often caught up, and looking to belong somewhere where you’ll be a part of a greater whole, then the Selesnya Conclave might just be for you. Part spiritual organization, part guardians of nature, part sleeping army slowly waking to fight for Ravnica, the Selesnya Conclave is a Guild not to be underestimated.

At the heart of the Selesnya Conclave is the veneration of the Worldsoul–Mat’Selesnya, a manifestation or incarnation of nature itself. Ten thousand years ago, during the signing of the original Guildpact, Mat’Selesnya was present, embodied in the form of a powerful elemental which would go on to guide the Conclave as the first Guildmaster. In the ensuing years, the Guildmaster has become three dryads that have fused with Mat’Selesnya and things have become interesting–but the fact remains, the Worldsoul guides the Guild as it tends and cares for Ravnica like a gardener awaiting spring. 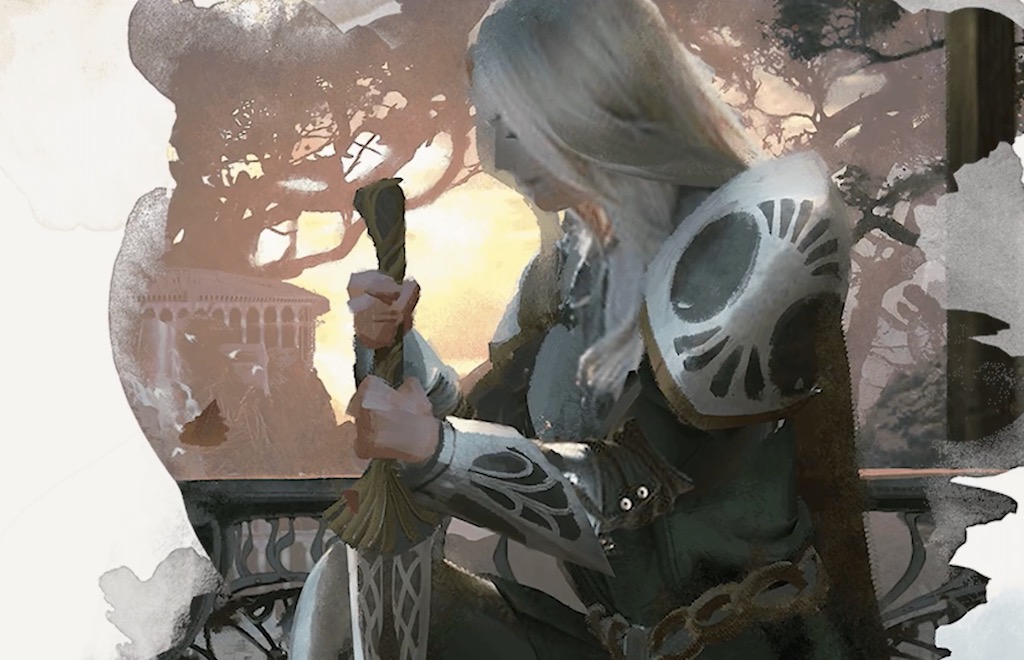 But though they may long for peace, members of the Conclave understand that it must be fought for. Their religion espouses harmony and communion and the individual belonging to something greater–but they realize this can only come about if their members are willing to fight against the corruption of the Orzhov, the duplicity of the Dimir, or the demonic delights of the Rakdos, to name a few. And to this end, the Selesnya Conclave has its own religious and military leaders, making sure that their faithful are well defended. 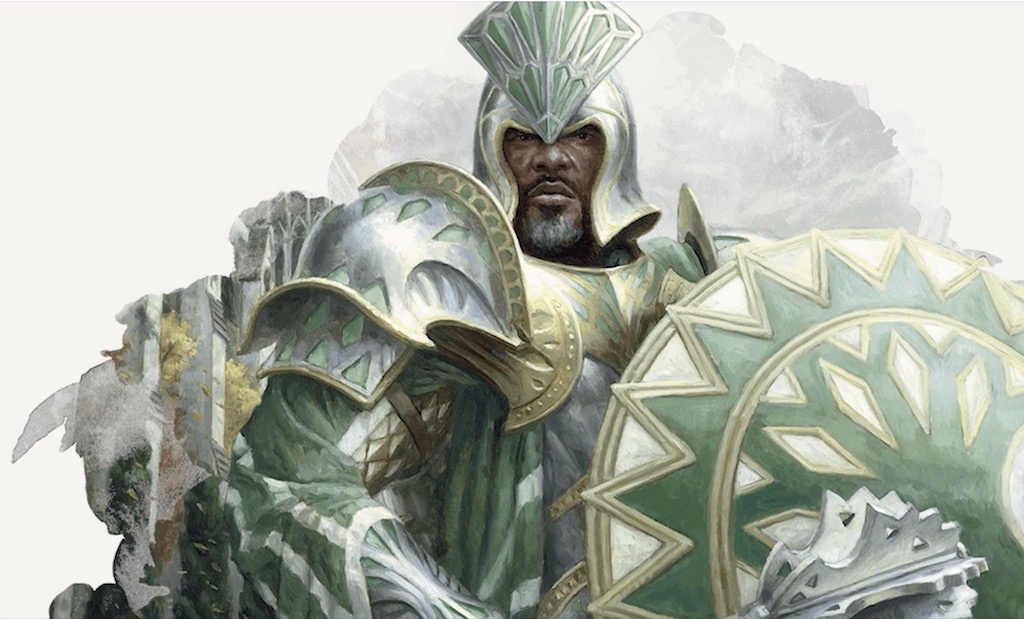 To be a member of the Conclave is an exercise in dualities. You’re an individual and can rise in ranks through the Guild, but also you’re just one small aprt of the Worldsoul. You’re a believer in peace, and yet, as Mat’Selesnya says, “for my seedlings to survive, we must grow an army capable of overwhelming such ambitions.” It is as much protecting nature and finding harmony as it is fighting though–so characters who have a connection with divinity might find themselves drawn to it. Druids and Rangers and Paladins are at home alongside Monks and Celestial Warlocks.

And members of the Selesnya Conclave will find themselves immersed in a community where nature and civilization coexist peacefully–and can always find shelter within it. Selesnya’s big advantage is their strength in numbers, and members can always find a place to hide in a Conclave’s Shelter, where even healing and magical care can be provided. As might be expected, the Conclave’s expanded spell list includes spells like druidcraft, aid, plant growth, and commune with nature.

Making any member of the Conclave able to reach out and help foster the Worldsoul should they need it. Though the Conclave might be about the Greater Good in the abstract, specifically, the Selesnya Conclave does recognize individual achievement, in that they’ll often give special preference to those who demonstrate skill and ability in fulfilling one of the Guild’s needs. As such, their hierarchy isn’t really a hierarchy so much as it is a collection of special ranks that have differing individual rewards. 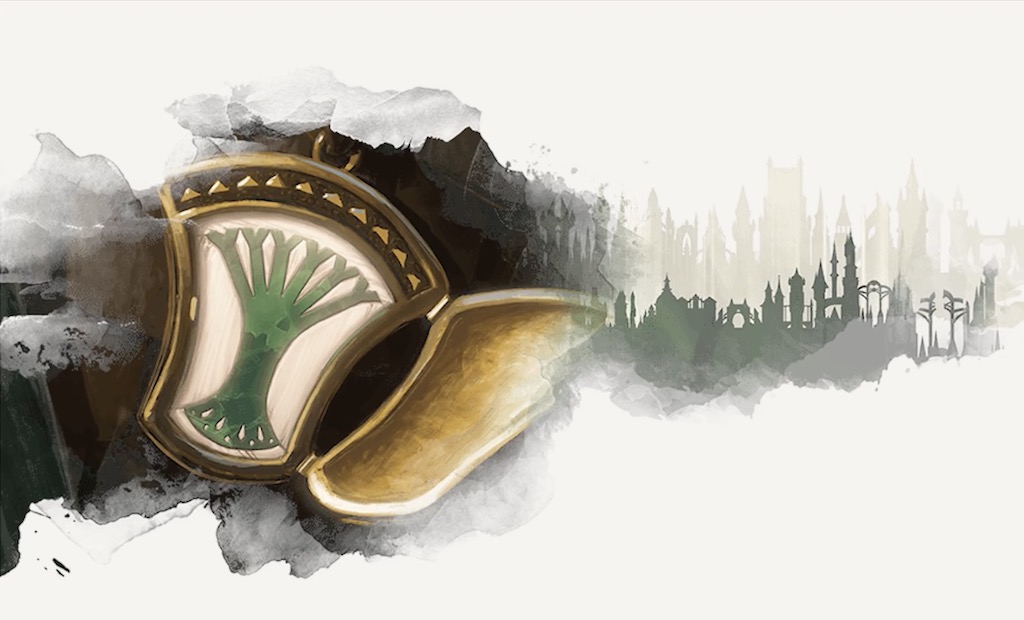 Evangels are perhaps the most common special role–these are the recruiters and missionaries of the Guild. Their job is to reach out and foster community among the rest of Ravnica, providing aid to the poor and needy and training new initiates into the way of the Conclave. They have a home base in a Selesnya Enclave, though they might spend little time there.

Votaries are soldiers who protect the Enclaves. These guardians of nature can call upon the plants in defense of their Conclave shelter–gaining 1d6 awakened shrubs or an awakened tree as allies to defend them as long as a threat to their home garden exists.

Saggitars are soldiers who prove themselves capable with the longbow–these archers might be called on to defend the Concalve, as votaries, and will find that the Guild will supply their arrows, however many they might need.

Equenauts are knights–but they’re knights mounted on Pegasi. Warriors and scouts, these airborne knights are given a lot of freedom. They are the questing knights of the Conclave, often given visions from Mat’Selesnya. As their job title implies, the big reward for becoming an Equenaut is gaining a pegasus as an ally and mount.

Hierarchs, despite the name, aren’t the head of a hierarchy really. This is just the title given to members of the Selesnya clergy. They are charged with leading rites for the faithful and calling upon the blessing of the Worldsoul. In their quest to help others commune with Mat’Selesnya, they can call upon 1d4 acolytes and can take them on missions with them as they venture into Ravnica, making this one of the more ‘leader-y’ roles in the Guild.

Ledev Guardians are powerful knights. With a prerequisite of 10th level and 25 renown in the Guild, these are elite characters indeed. Here you’ll get access to Dire Wolf mounts, and respect, but little else other than difficult adventures and constant excitement and action. 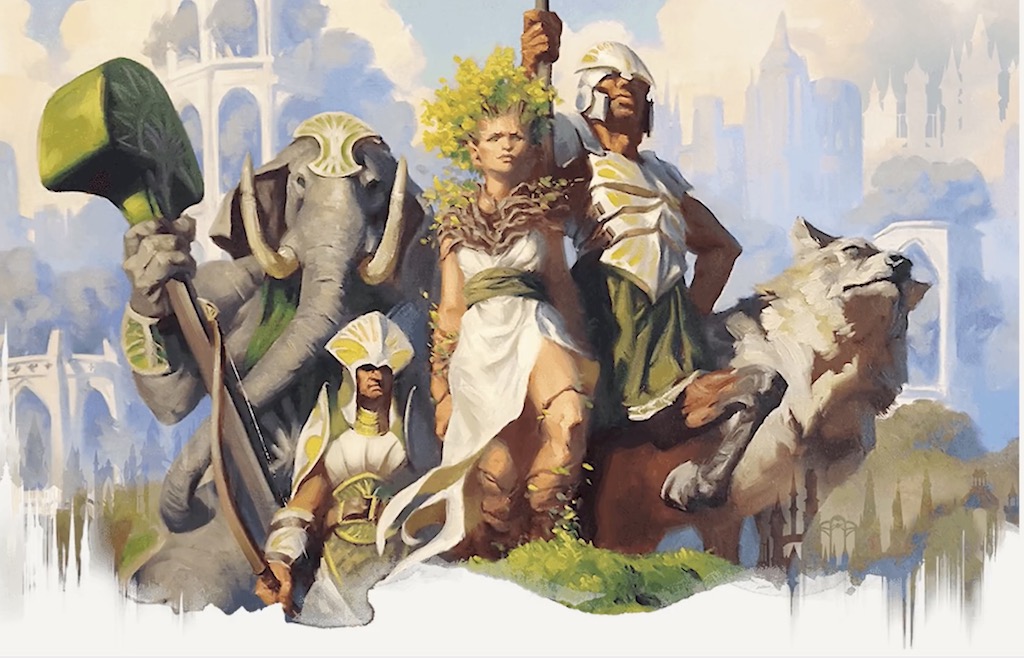 Finally, those chosen by Trostani herself, Dignitaries, are emissaries to other Guilds. These are the ultimate free agents in the Conclave, beholden to none but the Guildmaster–though they are expected to be at her beck and call. As the highest “ranking” of the Conclave members, Dignitaries can call upon significant aid–including 10d10 initiates when acting on behalf of Selesnya, or just 8d10 when acting independently. Sure they’re all lower level monsters and miions–but the strength of Selesnya is in their numbers.

Anyone with renown 10 or more can call upon a Selesnya Charm which allows you to cast aura of vitality or conjure animals as a spell once before vanishing–or alternatively, with an activation, you can grant resistance to nonmagical damage to up to three creatures of your choice within 30 feet of you until the end of your next turn. Either way, the Charm vanishes once used.

And just what sort of creature can lead a Guild like this? Here’s a preview of Trostani. 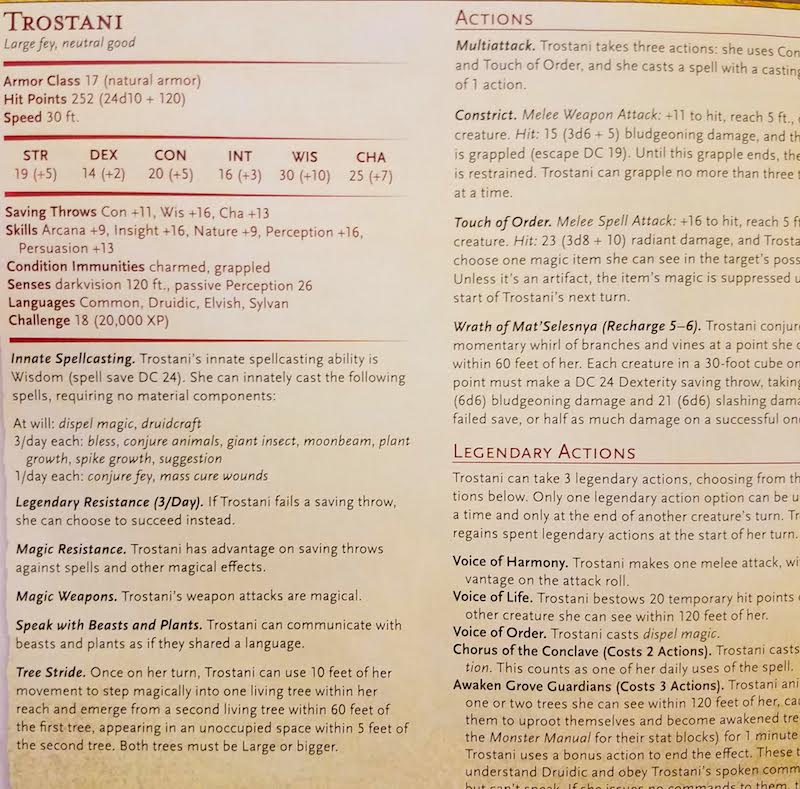 As you can see, she packs a wallop. What’s most interesting about her is the ability to do three distinct actions with her Multiattack–I think this is a great way to handle the balance of one creature vs. parties of adventurers. It’s not exactly the same as having multiple monsters, but it lets her compete. It’d be interesting to see this principle applied to others–not just attacks, but being able to cast spells or take defensive actions as well.

So if you’re looking to fight for the Greater Good of Ravnica, check out the Selesnya Conclave!