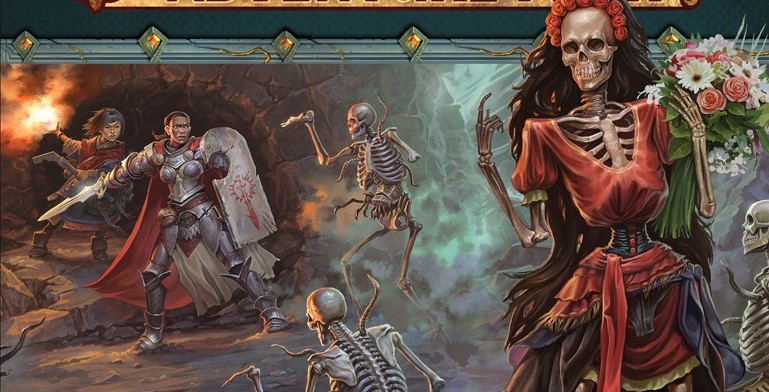 Most campaigns end with everyone dying–but the newest Adventure Path coming out for Pathfinder, the Dead Roads, starts that way. It’s newly released, so get ready to have the time of your life.

Start your next campaign off on a macabre note with the first adventure in the Tyrant’s Grasp. This module begins with the entire party dying. Sort of. Only it’s not so much dead as it is shunted bodily into the afterlife without all the problems of actually shuffling off the mortal coil. Unfortunately, the spirits that guide the souls of the dead are pretty certain that anyone coming in to the Boneyard has got to be dead, so characters will have to think fast before they take a step down The Dead Roads. 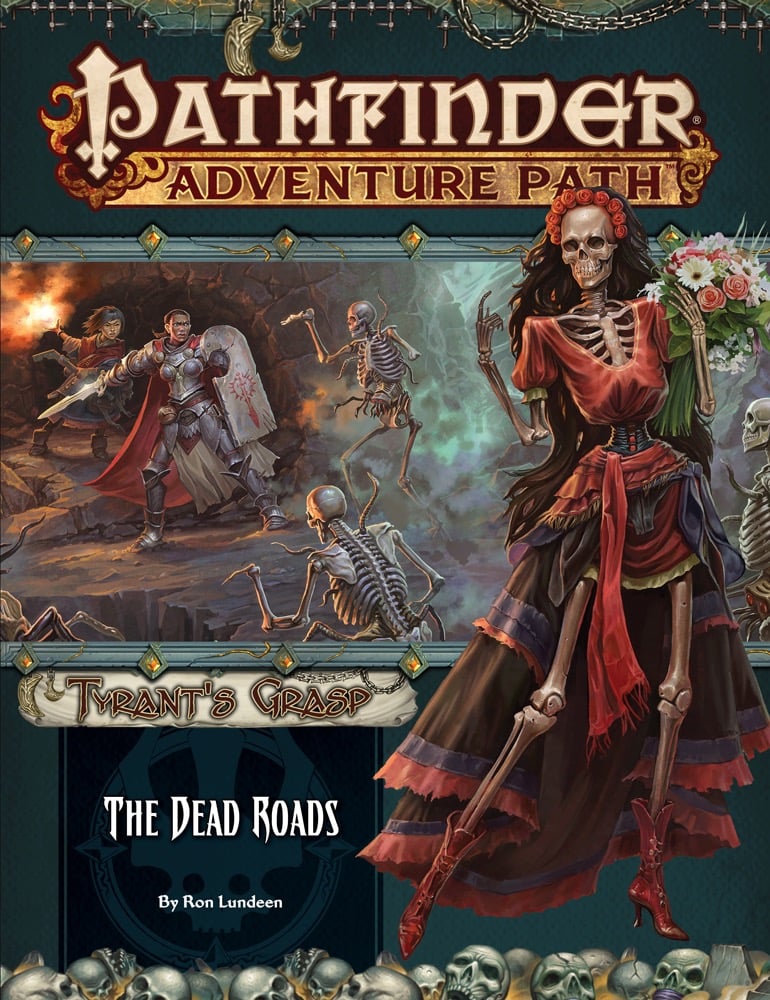 An unknown cataclysm thrusts the heroes into the Boneyard, where souls are judged after death… but the heroes aren’t dead! Trapped in a tomb that isn’t their own, they must use their wits and might to escape. The grim and otherworldly psychopomps who serve as the shepherds of souls are divided on what to do with these unexplained arrivals. The heroes must negotiate treacherous psychopomp politics and journey through a landscape of gloom and nightmare before walking the Dead Roads that can lead them home!

Here’s hoping your soul weighs less than a feather–happy adventuring!