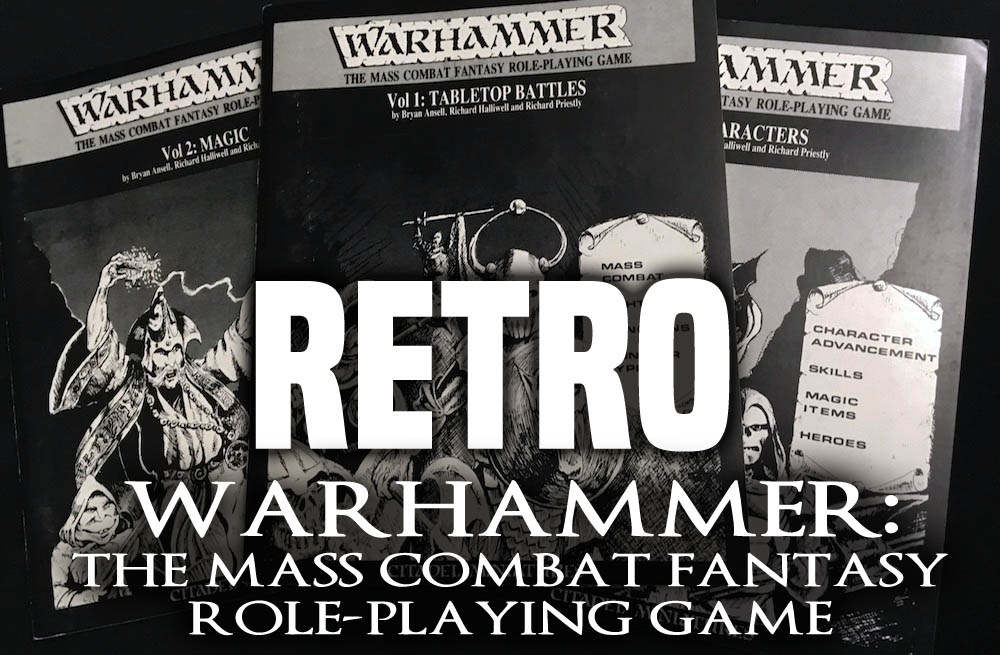 Ever wonder where Warhammer came from? Well we have the first edition boxed set and we’re taking a tour – come join us!

Going through the first edition of Warhammer is like opening a time capsule from that era. It’s simple layout with fantasy art mixed in with a fair “crunchy” set of rules would seem almost quaint by today’s standards. It’s kind of crazy to go through this set of books and realize that this is the box that launched what would become a massive gaming empire: 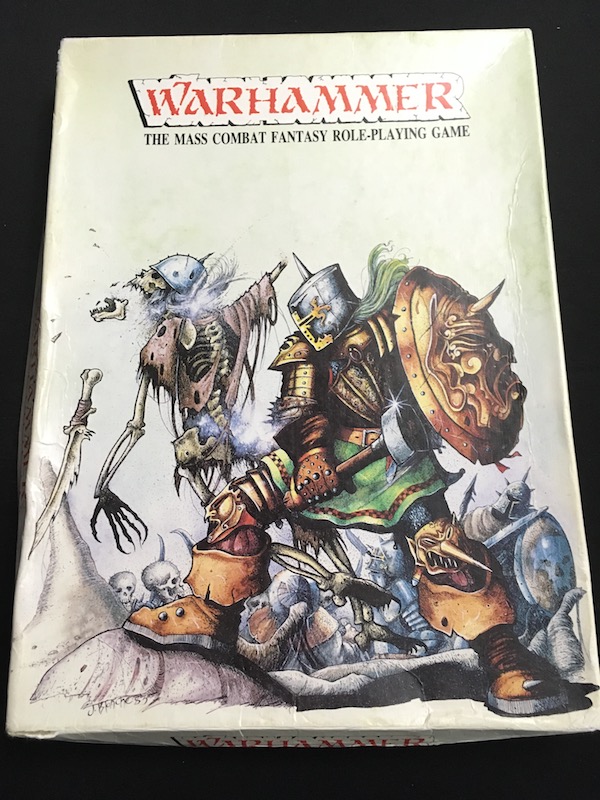 First edition (1983) The first edition, written by Bryan Ansell, Richard Halliwell and Rick Priestley was published in 1983 and consists of a boxed set of 3 black and white books illustrated by Tony Ackland: Vol 1: Tabletop Battles, which contains the core rules, turn sequence, creature lists, potion recipes and features an introductory battle ‘The Ziggurat of Doom’. 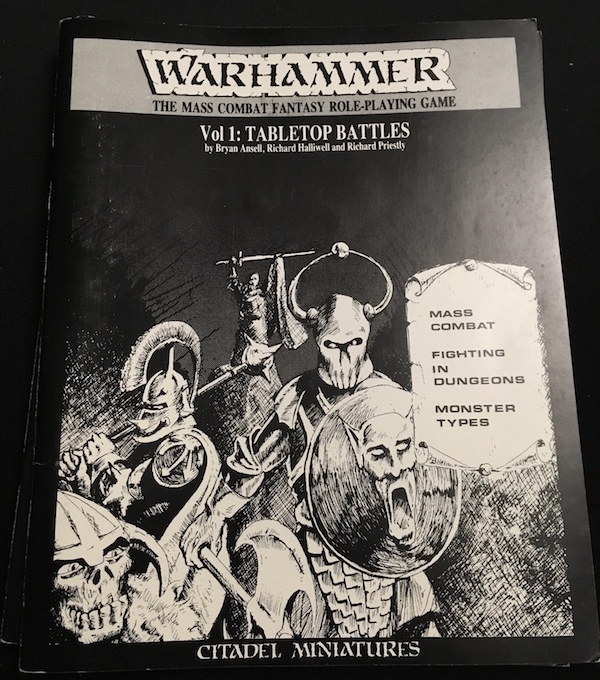 Vol 2: Magic which explains rules for wizards of 4 different levels and the higher order arch magi. Higher level wizards have access to more powerful spells. In this system, a wizard picks his spells at the start of the game, must have the correct equipment (usually Amulets), and as he casts each one it depletes a store of ‘constitution’ points, until at zero points he could cast no more. 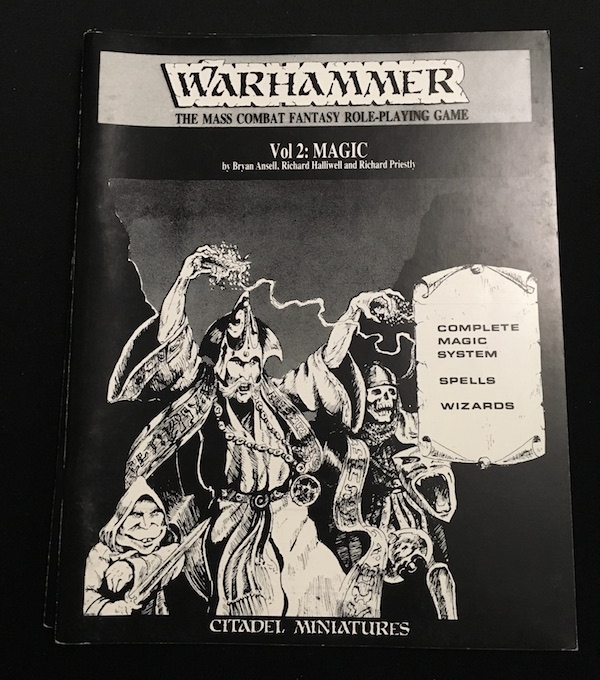 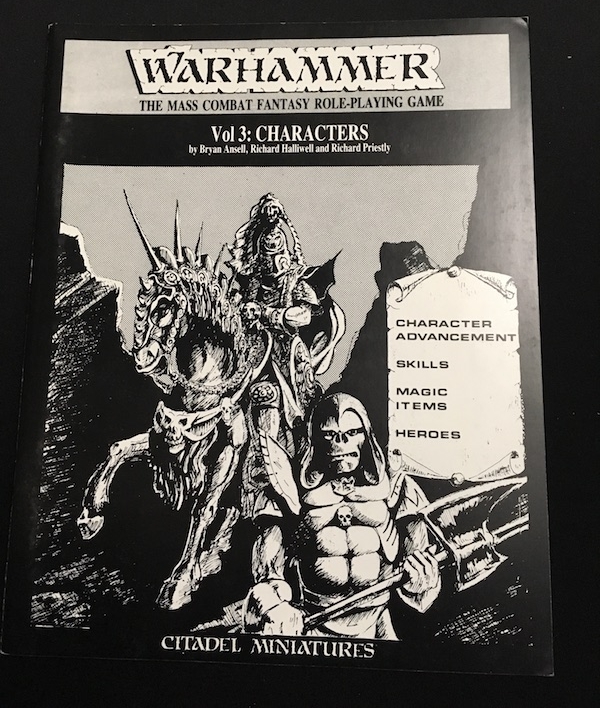 Very little world background is given at all and the race descriptions are kept to a minimum, and most of the background given is in describing the origins of magic items. Some notable differences to later editions are the inclusion of Night Elves (later Dark Elves), the appearance of Red Goblins – and that Citadel Miniatures order codes are given.

These three books launched thousands battles and helped to introduce a generation of gamers to “Mass Combat” style games. From these humble beginnings, the worlds and universes of Warhammer would grow and expand into even larger and more interesting places. With the increase in popularity and the rules evolved into what we have today – but when you go back and flip through these old books, you can still see the traces of “DNA” of where all those things came from.

Thanks for joining us on this trip down memory lane. Let us know in the comments what edition you jumped in and what has kept you around all these years!

Author: Adam Harrison
Writer, Editor, Texas Native, and Austinite for 15+ years, Adam covers all things Tabletop Gaming. Which includes Warhammer 40,000, Age of Sigmar, D&D, Board Games and everything else that involves dice, boards, cards and a table. A hobbyist, player, and collector of miniatures and games, Adam's current obsession are his Death Armies for Age of Sigmar, his Blood Angels and Tyranids for 40k, and his ever growing Arkham Horror: The Card Game Collection.
Advertisement
Games Workshop RPGs Rules Unboxing Videos Warhammer Fantasy
Advertisement 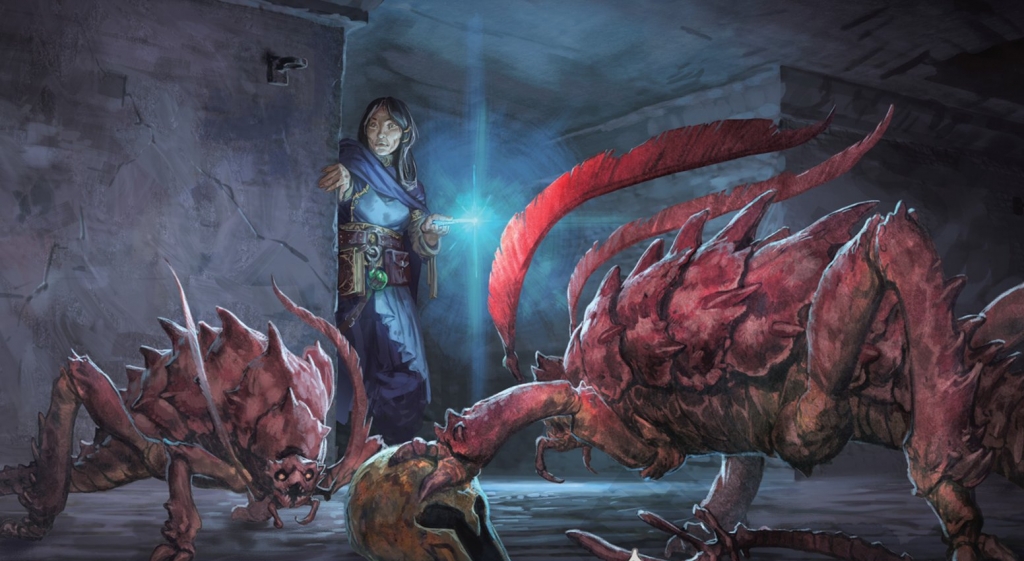