The countdown is over, Abaddon is here–and he’s looking better than ever. Come see his new mini in all its gory details!

Well here we are folks, 80 days ago, Haarken Worldclaimer, Lord of theRaptors claimed the world of Vigilus by planting his spear (not a metaphor) into the world and cursing it to feel the full might of the Black Legion (also not a metaphor). Now, wending his way out of the warp is a new and improved Abaddon the Despoiler, leader of not one, not two, but thirteen Black Crusades. Bedecked in armor and chock full of rich detail, Ezekyle is looking better than ever. So strap in and let’s take a look.

Abaddon is an integral part of Warhammer history – the star of countless books, campaigns and tabletop battles, this legendary overlord is perhaps second only to the Emperor as an icon of the 41st Millennium, and he definitely gets out more. The Warmaster has been one of the chief architects of the Imperium’s current woes, and it’s only fitting that he returns now with a new model. 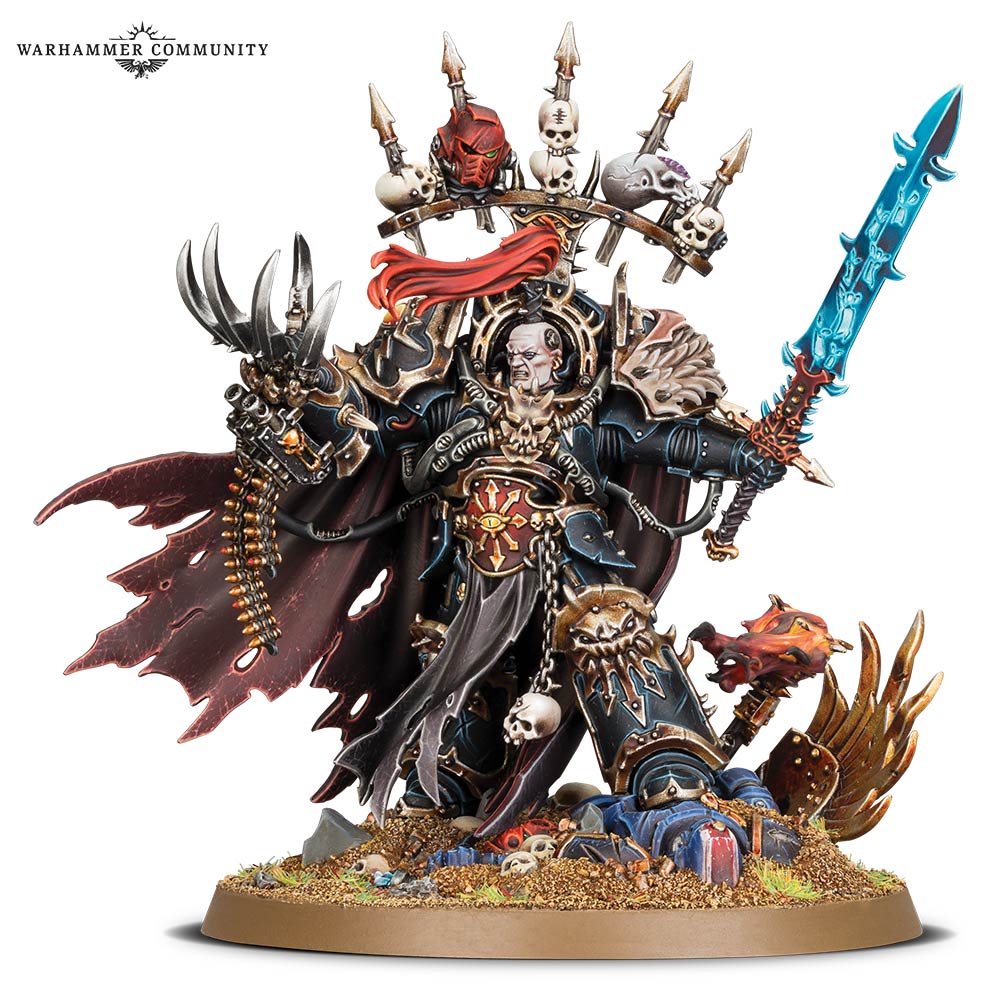 And what a model. Evoking the original Abaddon model but integrating all the lessons GW’s learned about sculpting since then–the Talon of Horus looks like something you wouldn’t want to end up on the wrong end of–after all, it’s the weapon that killed Sanguinius, designed and built by the Dark Mechanicum for the OG traitor, Horus, shortly before the start of the Horus Heresy. It has since been taken up by Abaddon after his master’s death and has seen the end of many a loyalist. 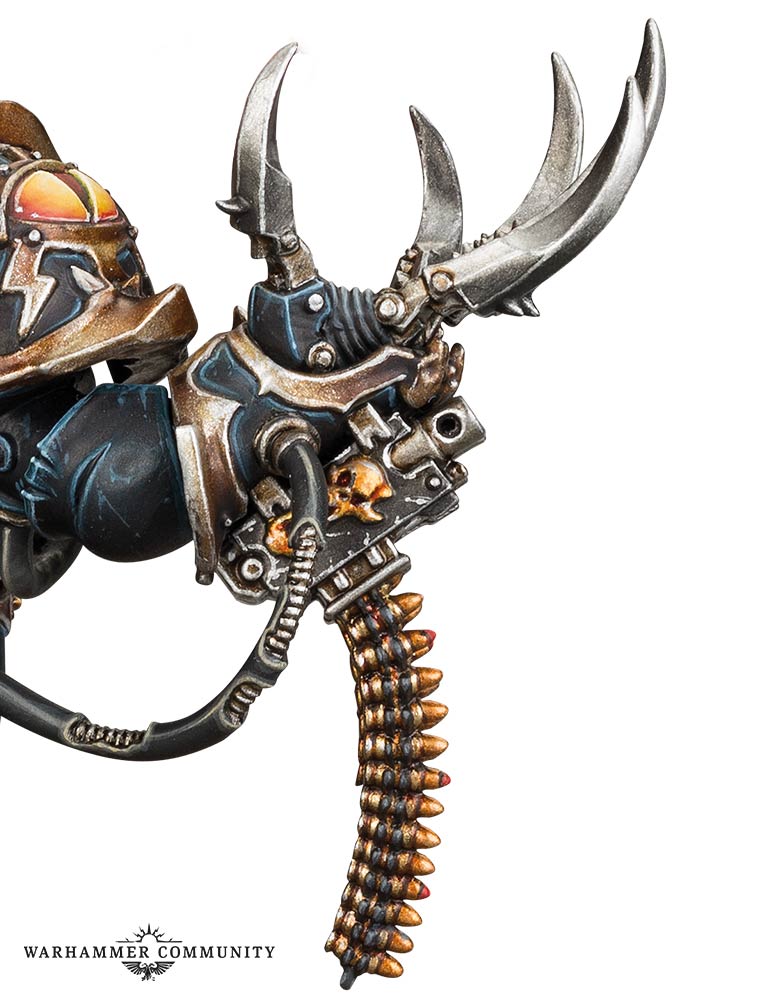 And in his other hand, he wields Drach’nyen, that twisted blade that is an ancient daemon, formed when brother slew brother during the first days of Humanity. Now it exists as a blade because the warmaster wills it. Drach’nyen is the End of Empires, the Echo of the First Murder, and pretty cool looking. 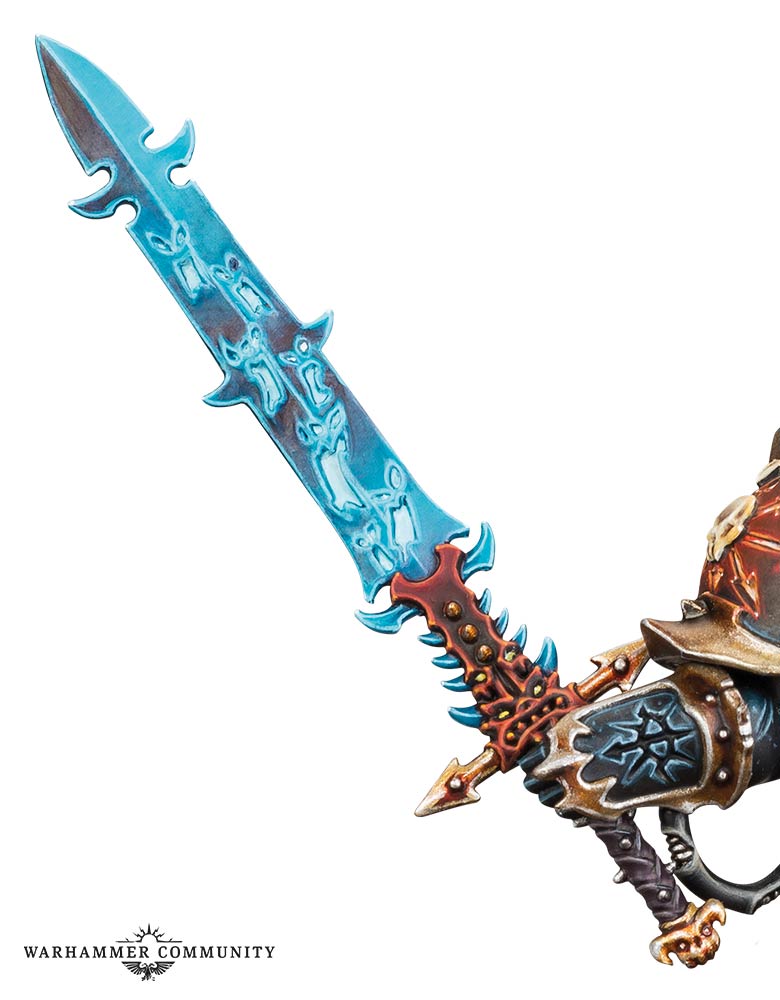 There is so much detail present on Abaddon’s new mini. From the custom grill on his backpack, to the burning brazier, and loyalist “friend” accompanying him. 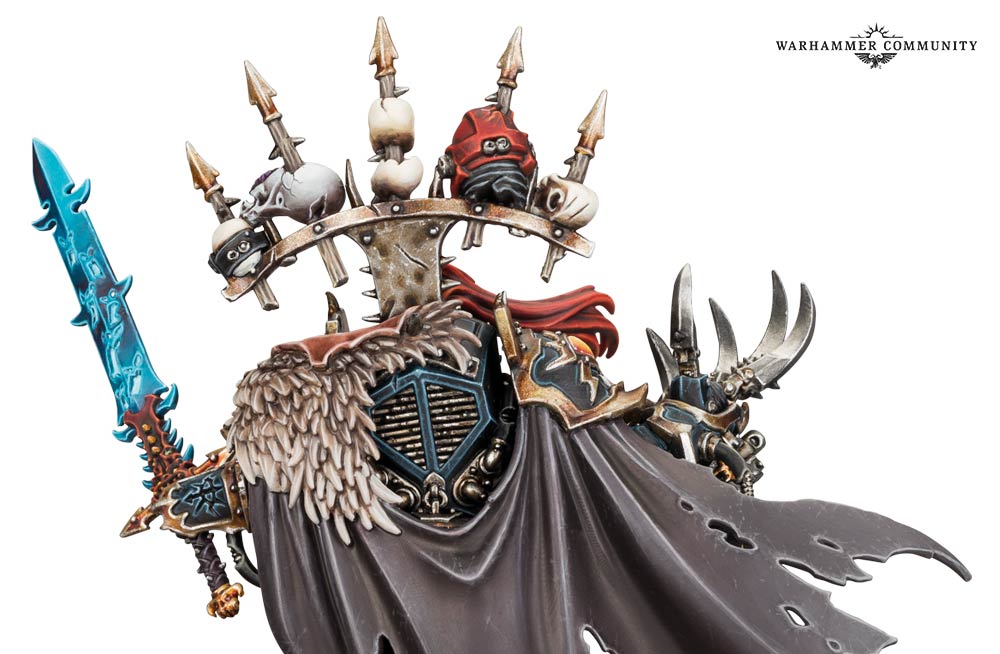 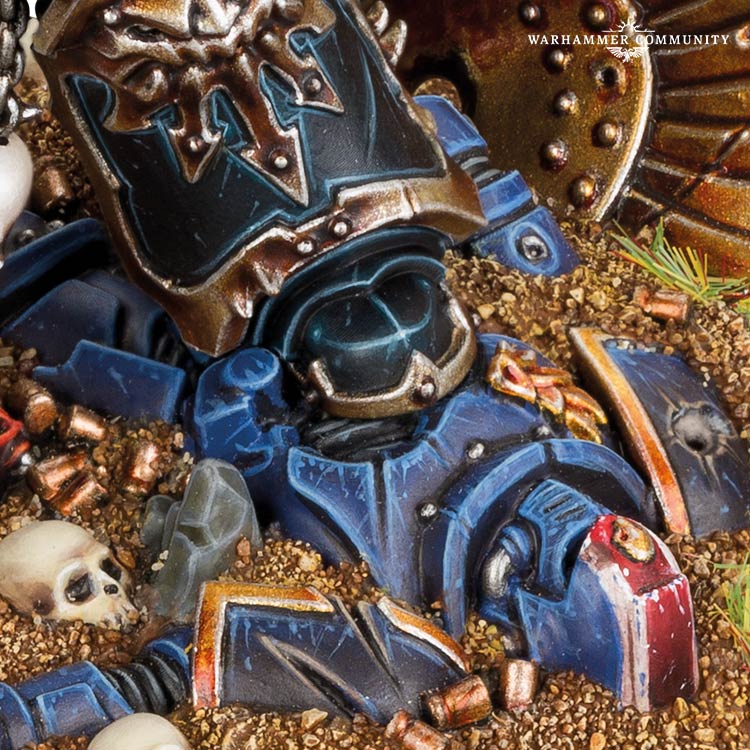 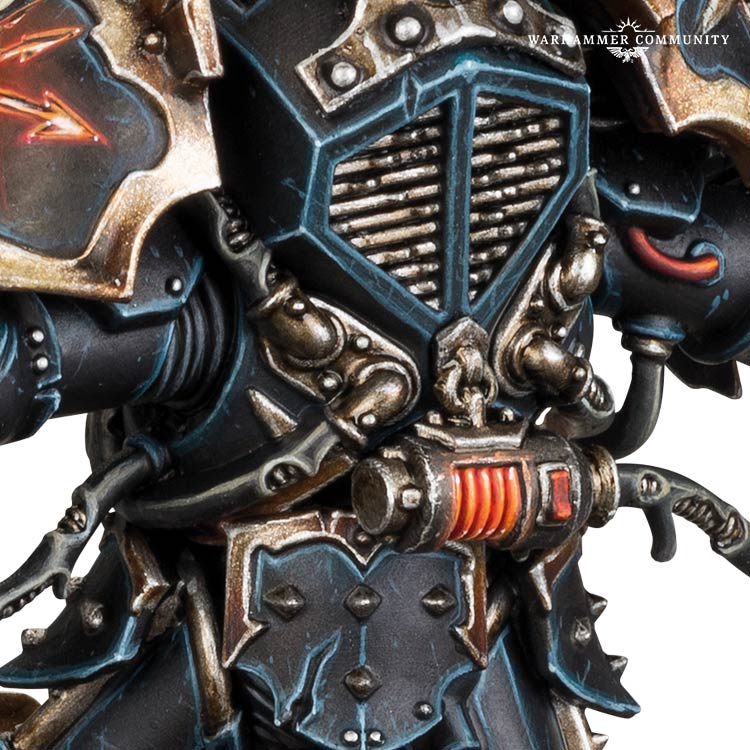 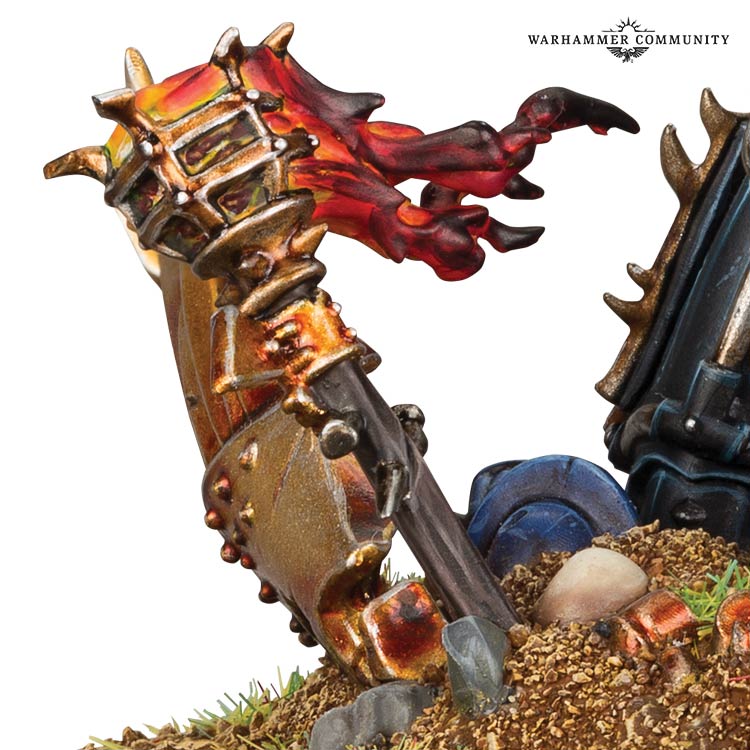 There’s just a ton going on here. And you’ll be able to customize him with a choice of three different heads! There’s angry Abaddon, stoic Horus cosplay Abaddon, and Abaddon but he’s wearing a respirator. 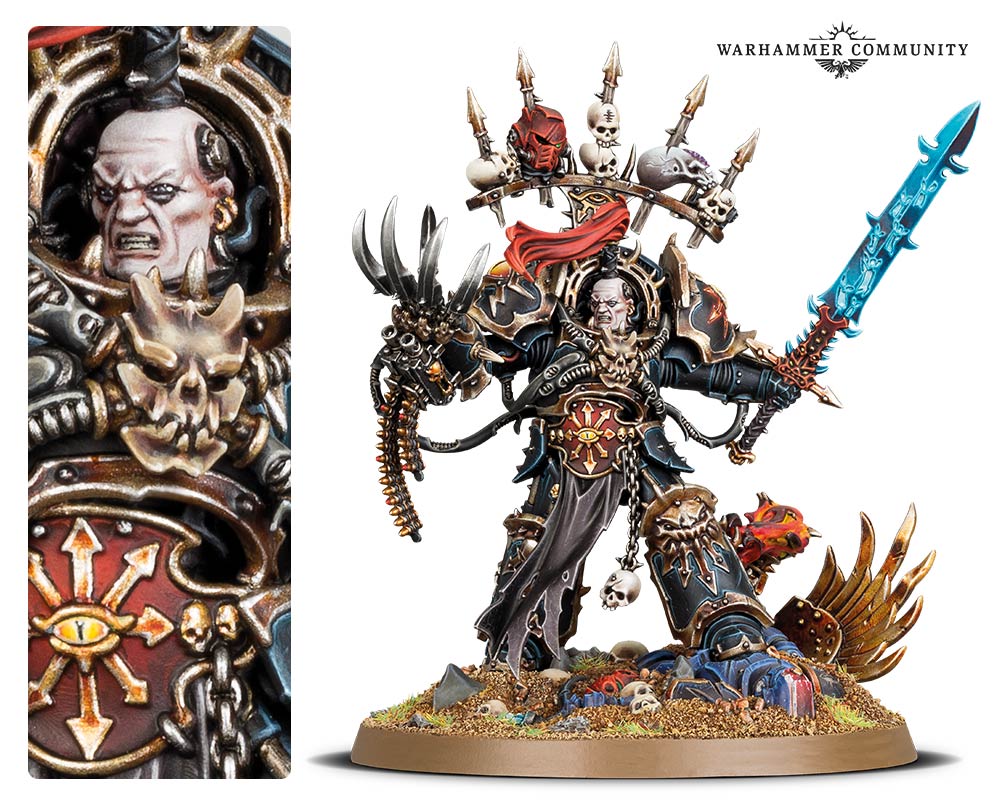 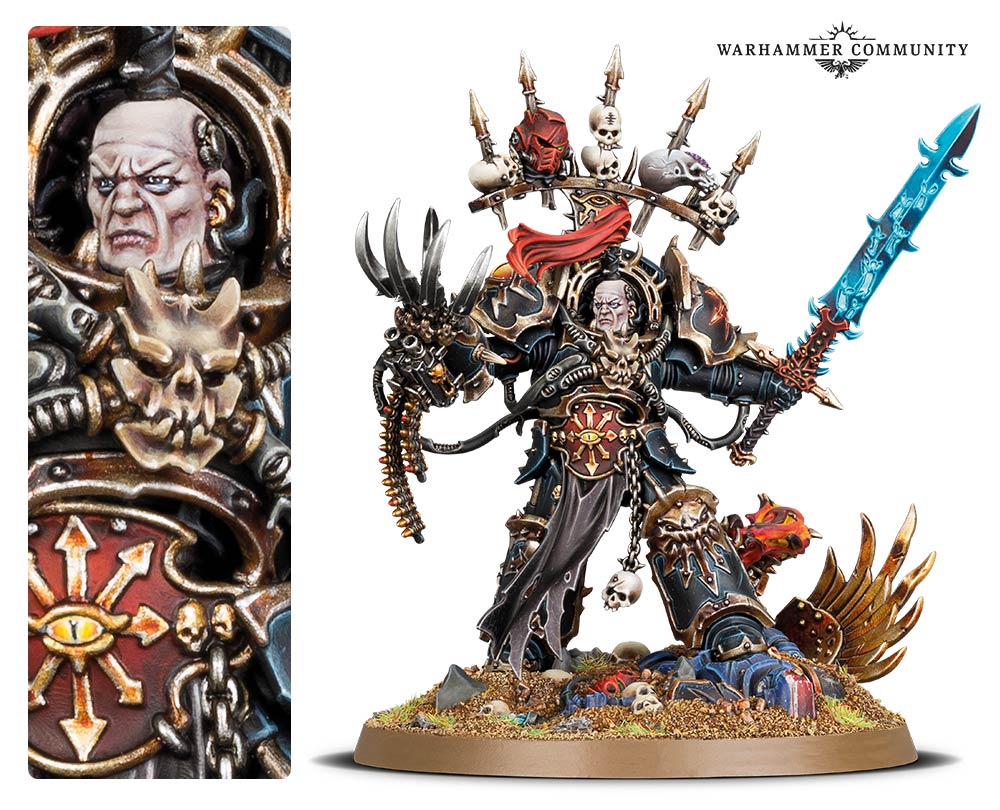 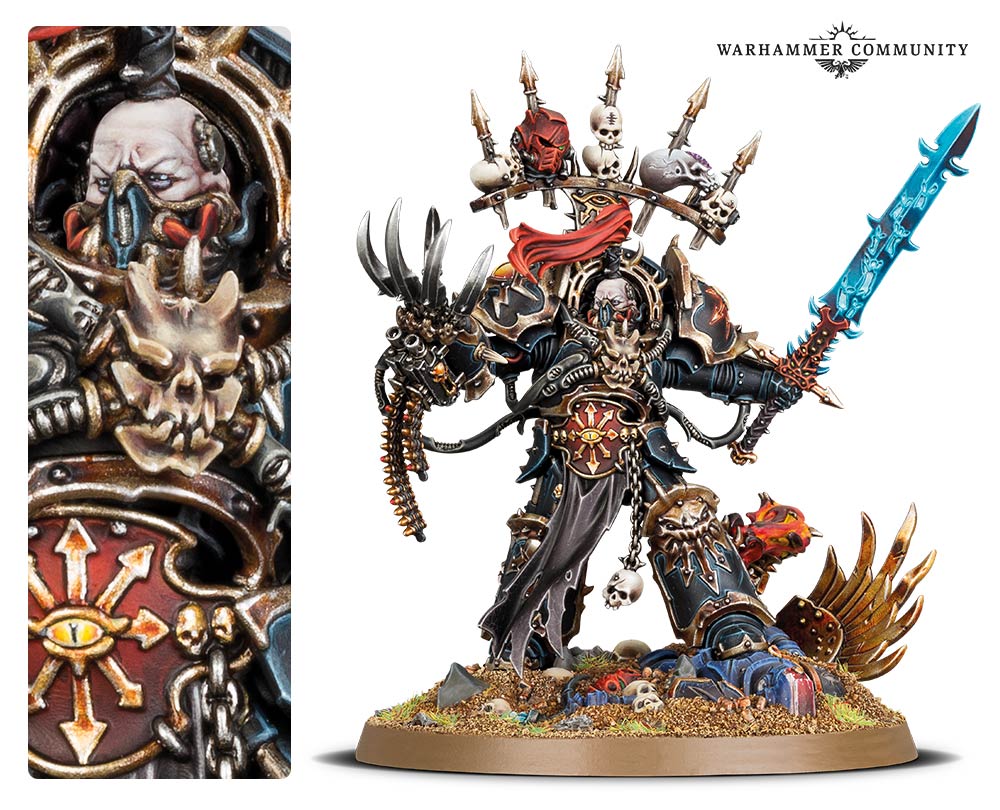 And as you can see from the minis here–his cloak is another option you can include or not to make him the Abaddon in your heart. Wellp, now that he’s arrived, it’ll be interesting to see what happens to that poor, beleaguered world of Vigilus, which stands guard at the head of the Nachmund gauntlet, a precious, stable route through the Cicatrix Maledictum. Will Abaddon conquer it? Will he fail and be driven back into the Warp (again)? Is this a new era of war for the Imperium and Chaos? We’ll have to find out in the new Vigilus book.

Whatever goes down on Vigilus, though, there’s no denying this new Abaddon looks amazing. What do you think? Let us know in the comments!