Alien Forces Land on the Battlefields of Vietnam in ‘Black Sun’ 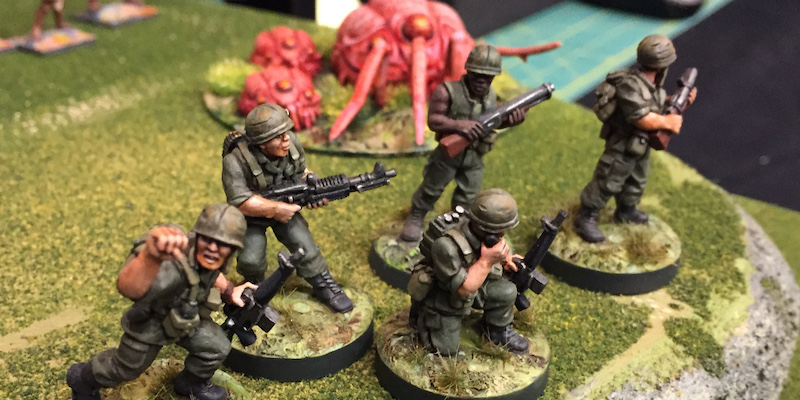 This Saturday. March 9th, a new and exciting game comes to Kickstarter – Black Sun by Crucible Crush. The game itself is a Vietnam Weird War 28mm Miniatures Game with 10 to 15 miniatures per side. For those more into historical, they will have pledge levels for you to pick up 28mm figures for historical games (without the weird stuff or rule book).

A little about the rules

Before getting in on the factions, I want to talk a little bit about the rule set. The rules are an adaptation of the same rules used for Flint and Feather, but with some changes.  Shooting is now more deadly (as assault rifles are more powerful than bows and arrows), and the Combat Cards also disappear from this version of the game engine.

Soldiers of the US Army, Marines or other support troops that have crossed over into Black Sun. 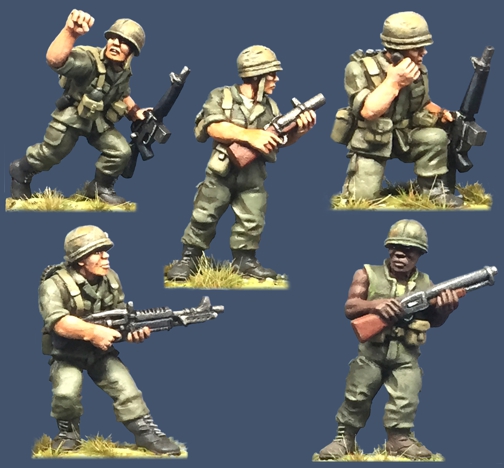 Some of the Pre-Existing US Soldiers for Crucible Crush’s Black Sun Line.

Soldiers of the North Vietnamese Army that have mistakenly crossed over into Black Sun.

Fish Men with AK-47 rifles, they dominate the waterways of the Black Sun and are an incumbent race within Black Sun. 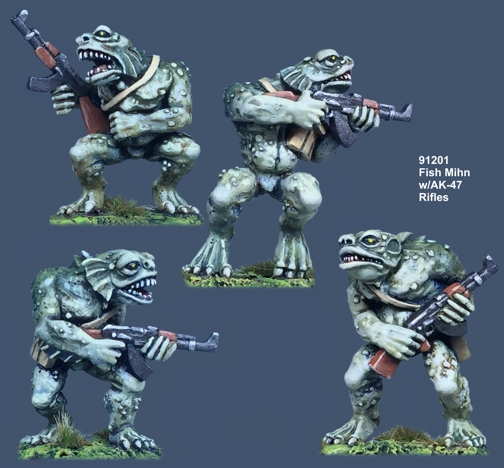 Some well armed Deep Ones. I love how they look, but it is going to take me a while to get used to calling them Adaro. 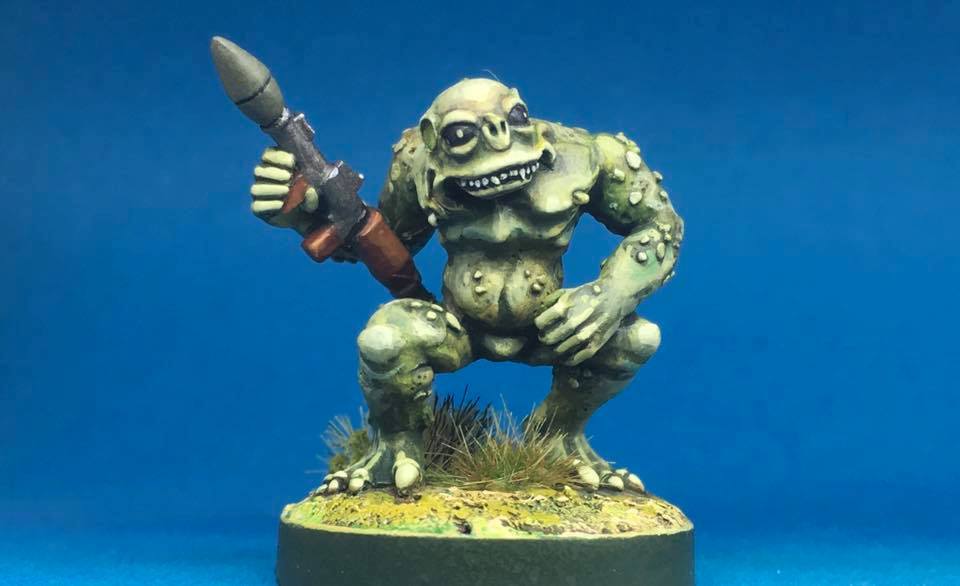 These Bugs are so named because they turn red when angered or enraged, which is their usual state when on the battlefield. 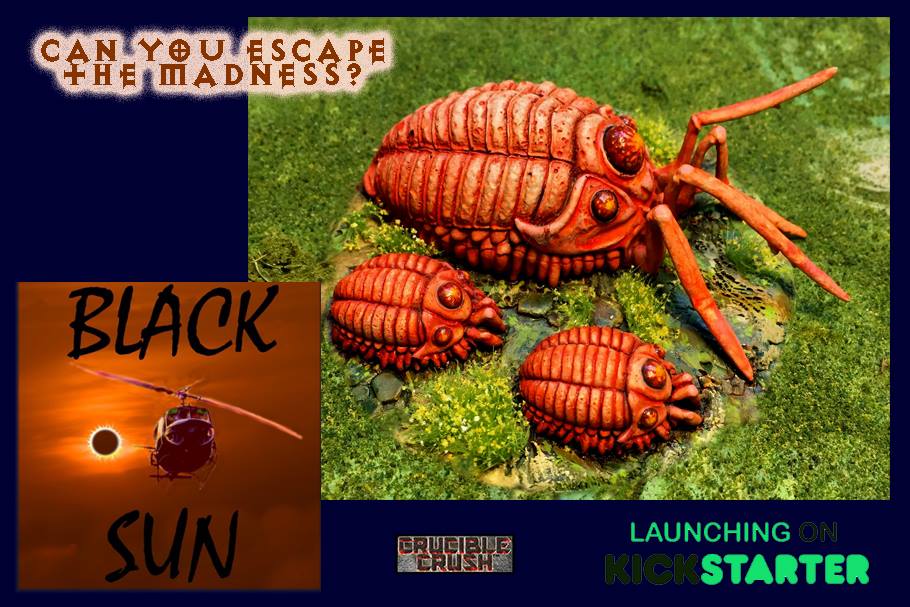 I am not sure what to expect with this faction, but I get the feeling from the images that this might be like Starship Troopers in Vietnam. Here’s hoping. I like that combination. 😉

While some miniatures exist already for the groups above, new ones will have to be made for the next three proposed factions. The appearance of these factions may be determined by stretch goals reached.

The first faction is called ““Deutsche LIG.” This is a group based on a German Occult Scientific expedition that went astray and ended up in Black Sun sometimes in the mid 30’s and now is attempting to break back into the real world to complete what Hitler failed to do.

The other human faction is the ANZAC forces, which where Australian and New Zealand troops stationed in Vietnam. This might be another set that will also interest strictly historical players as well as those that wish for something a little more sci-fi in their games.

The final faction is the Golem, which is is an ancient metaphysical energy being that is created entirely from inanimate matter. It also has the power to animate corpses into hordes of living flesh eating creatures with the ability to reanimate.

The main goal of the Black Sun Kickstarter Campaign is to publish the new rulebook and to expand the Black Sun line. The pledges will be delivered in two parts. The first as figures followed later by the rule book.

The pledge levels will be similar in style to Flint and Feather in that you will be able to pledge for one faction plus a rulebook and event cards. A different pledge level includes the Starter Set (which will contain two factions, 20 miniatures total, a rulebook and event cards). Finally, there will also be a historical pledge which contains 30 US Army soldiers, plus command plus MG team. For the North Vietnamese their set will consist of 40 soldiers. That is a lot of boots on the ground!!! I wonder if my Warhammer friends might let me proxy those in as Imperial Guards for a game or two.  😉

The two factions that excite me the most is the US Army and the Adaro. How about you? Which Faction would you take?

Hopefully you enjoyed this quick preview article. Black Sun by Crucible Crush comes to Kickstarter March 9th and runs for 30 days. Be sure to check out the project if this is exciting to you.

As a note, this article is slightly altered from the original preview article about the Kickstarter Campaign on Must Contain Minis.  Also, Crucible Crush provided us with all of the images in this post.