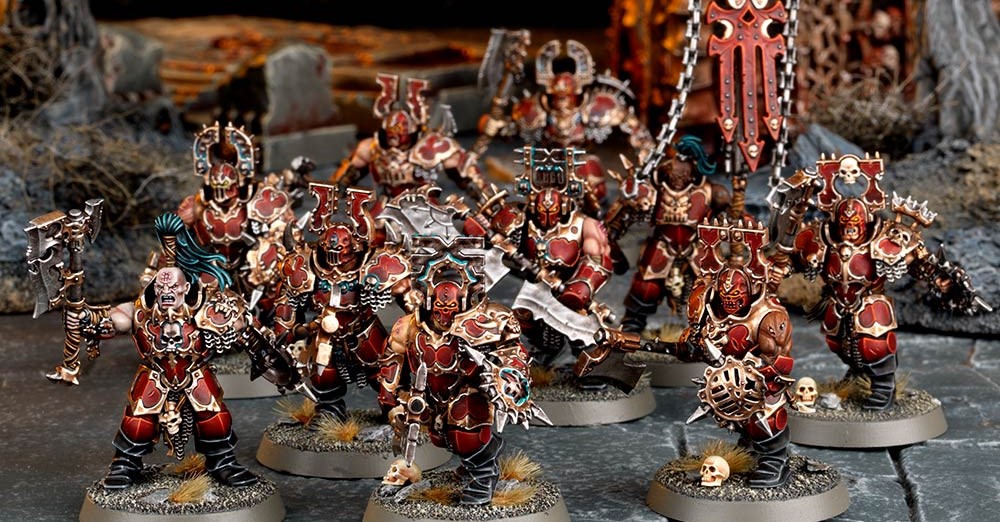 Many different factions serve the whims of the blood god, and in Battletome: Blades of Khorne, you’ll be able to wield the power of three of them. Don’t tell Tzeentch.

Of all the Chaos gods, Khorne seems like the one who looks forward to the weekend the most, and with the weekend just a scant day or so away, it’s time to start the unwindulaxing. So kick back, put up your feet just a little and enjoy the fact that it’s Thursday and here is a look at the three different factions of the Blades of Khorne.

All it takes to serve Khorne is the will to fight, a thirst for blood, and the occasional extra skull decoration (as long as you know it will eventually make its way to the Skull Throne). With three different factions spotlighted in Battletome: Blades of Khorne, you can see how the blood god rewards his most fanatical followers. 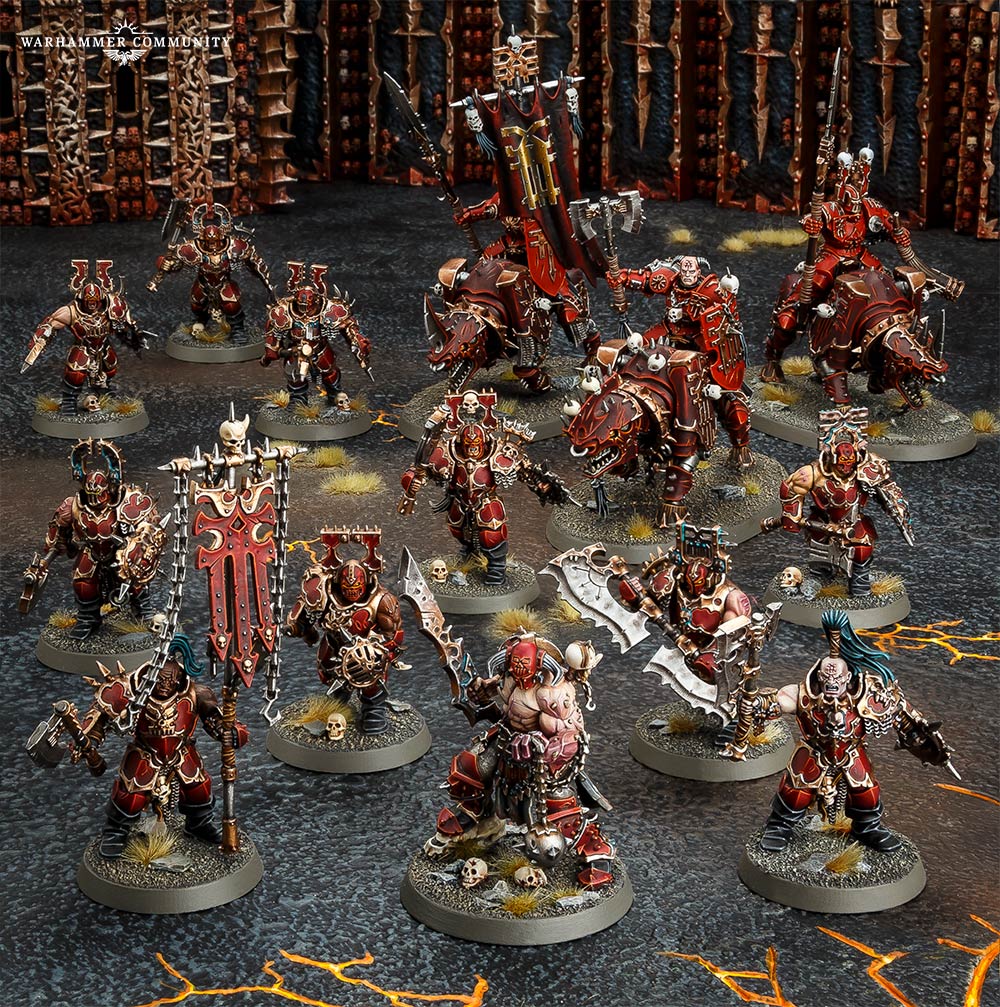 To begin with, let’s take a look at the Gore Pilgrims–whom you might recognize as most of the minis in the Khorne Start Collecting! set. In the new book, they are a Warscroll Battalion that lets you extend the range of your Bloodsecrator’s special abilities as long as there are Slaughterpriests to back them up.

The Daemonic Legion, of course, is present. With Bloodletters, Bloodmasters, Skulltakers, Bloodthirsters, Skullbleeders, Bloodskullery Maids, and various and sundry other daemons, the Murderhost is a powerful battalion indeed. And if you field gobs of Bloodletters, you’ll be able to increase their charge while a hero is nearby.

Then of course there’s the elite of the forces of Khorne–the Brass Stampede, who are capable of making some devastating charges. If you like Blood Warriors and Skullcrushers and Juggernauts, this is the Battalion for you. Especially since their Obliterating Charge ability lets you automatically inflict mortal wounds after finishing a Charge Move.

Which seems a bit tame, in comparison to the others. You’re doing auto mortal wounds, sure, but you were previously doing them on a 2+.

At any rate, those are three of the Warscroll Battalions you’ll find in Khorne’s new book.

Naturally, it’s written in blood. Let us know what you think of the battalions in the comments!

D&D: A Brief History Of Melf 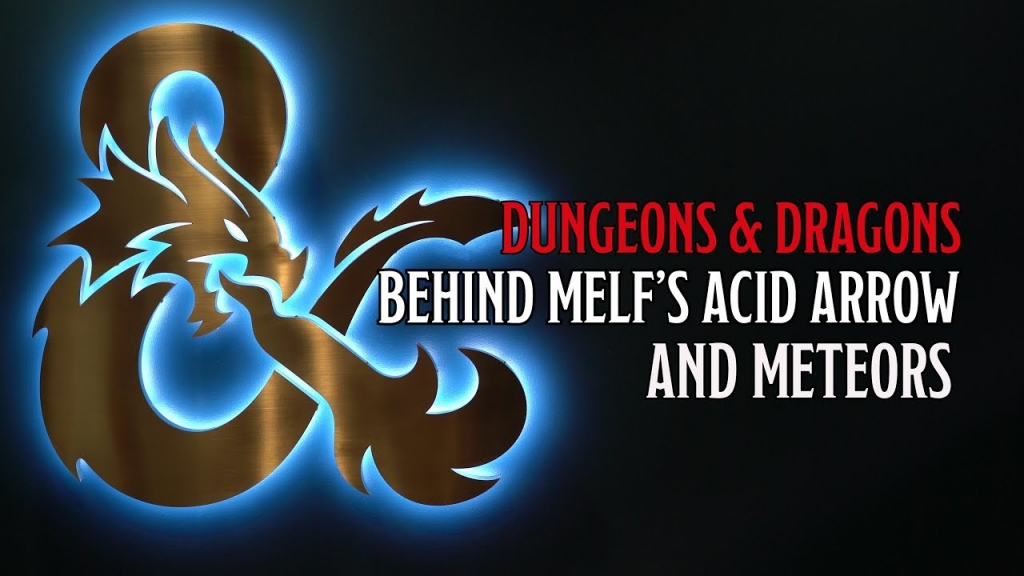