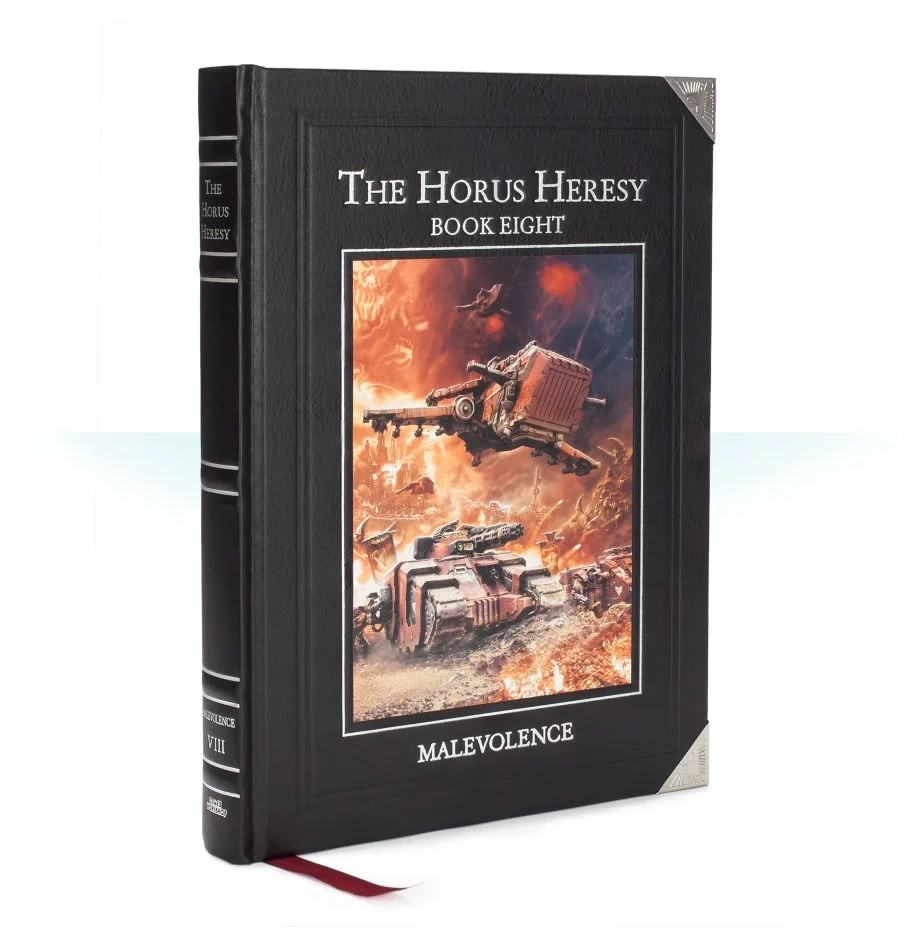 The Horus Heresy Book Eight – Malevolence is the latest chapter in the Horus Heresy saga, bringing two new Space Marine Legions, armies of Daemons and more to your Age of Darkness games.

As the traitor Warmaster Horus and his armies burn their way across the Imperium, their sights fixed on Terra, the Dark Gods’ plans for other Legions unfold in the dark places of the galaxy.

A hidden war rages, as the Daemons of the Ruinstorm manifest in reality in numbers undreamt of, laying waste to worlds and trying to bring more of the Primarchs under their masters’ sway. Chief among their targets is the angel Sanguinius, whose Legion has been deployed to the Signus Cluster where horror awaits him.

Elsewhere, the proud and savage White Scars cleanse the Chondax system of greenskins, but the Alpha Legion wage a war of stealth and deception against their erstwhile brothers. Will the White Scars and Blood Angels fall to the lures of their enemy, or hold firm in defence of the Imperium?

Malevolence contains extensive background on the wars that rage across the Imperium’s fringes, including the Betrayal at Chondax and the Battle of Signus, as well as details of the Daemonic hordes that assail the Imperium. In addition, it details the Blood Angels and White Scars Space Marine Legions, their heraldry, history and traditions. There’s also loads of rules content, including characters and units from these Legions, army lists, and two complete campaign systems based on the major battles from the book. Inside, you will find:

Sanguinius, Primarch of the Blood Angels $124 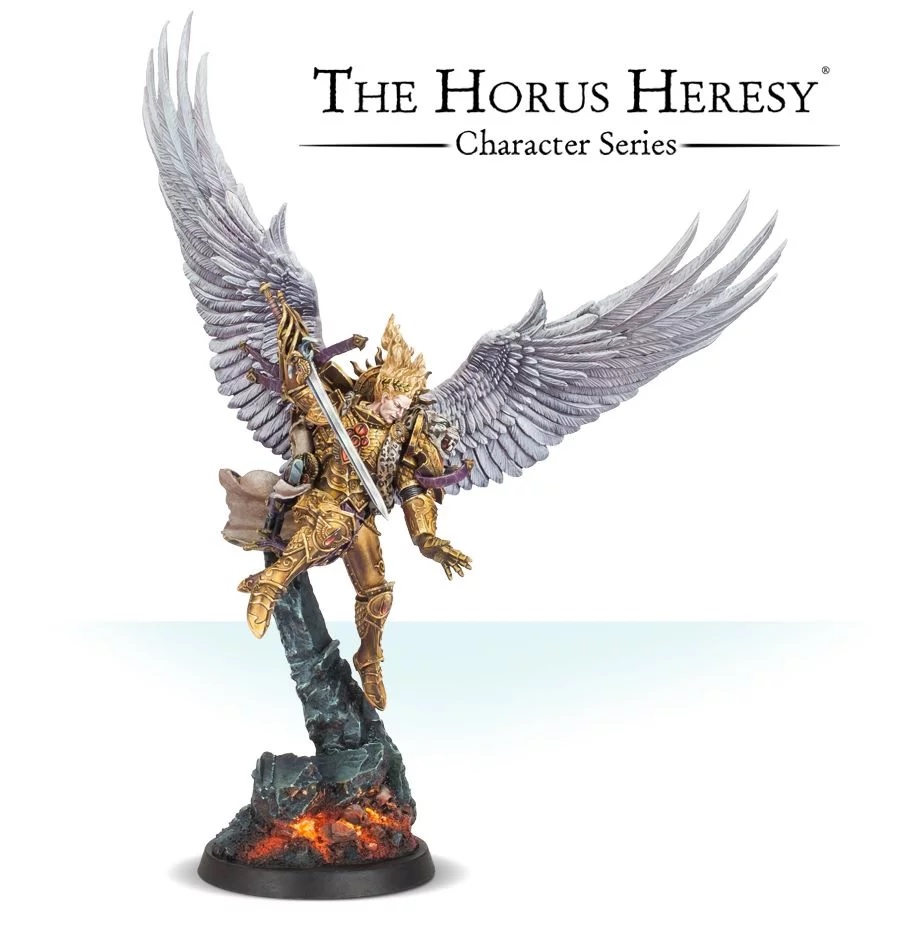 Often considered to be the greatest of his kin, Sanguinius is a peerless warrior, masterful strategist and beloved hero of the Imperium. Among the Primarchs, there were few who would speak ill of him, with even grim figures such as Perturabo and Ferrus Manus offering grudging praise of their winged brother.

Many among that legendary brotherhood were surprised to find that the Emperor named Horus as the first among them, rather than choosing Sanguinius, and those who survived the Age of Darkness have been known to speculate that this was their father’s great mistake. For even as the wars of the Horus Heresy tore the Imperium apart and set even the noblest of his brothers on dark paths, Sanguinius remained untarnished and resolute, a beacon of hope that outshone even the darkness of that age.

Sanguinius is sculpted in the midst of battle, wings spread as he swoops down, to deliver a killing blow to an unseen enemy. The model is held aloft by a spire of stone, giving the illusion of flight. Sanguinius’ ornately designed armour, and the animal pelt he wears draped over it, provide a variety of textures and designs sure to delight painters, while his face is a mix of majesty and fury that perfectly reflects the duality of the Blood Angels Legion. A choice of weapons – the Blade Encarmine and the Spear of Telesto – allow the model to be customised to the builder’s choice.

Sanguinius, Primarch of the Blood Angels, is supplied in 26 resin components, including a choice of two weapons, along with a 40mm base. It comes in a Horus Heresy Character Series box.

Rules for Sanguinius, Primarch of the Blood Angels are available in The Horus Heresy Book Eight – Malevolence

Sanguinius, Primarch of the Blood Angels, with Diorama Base $194 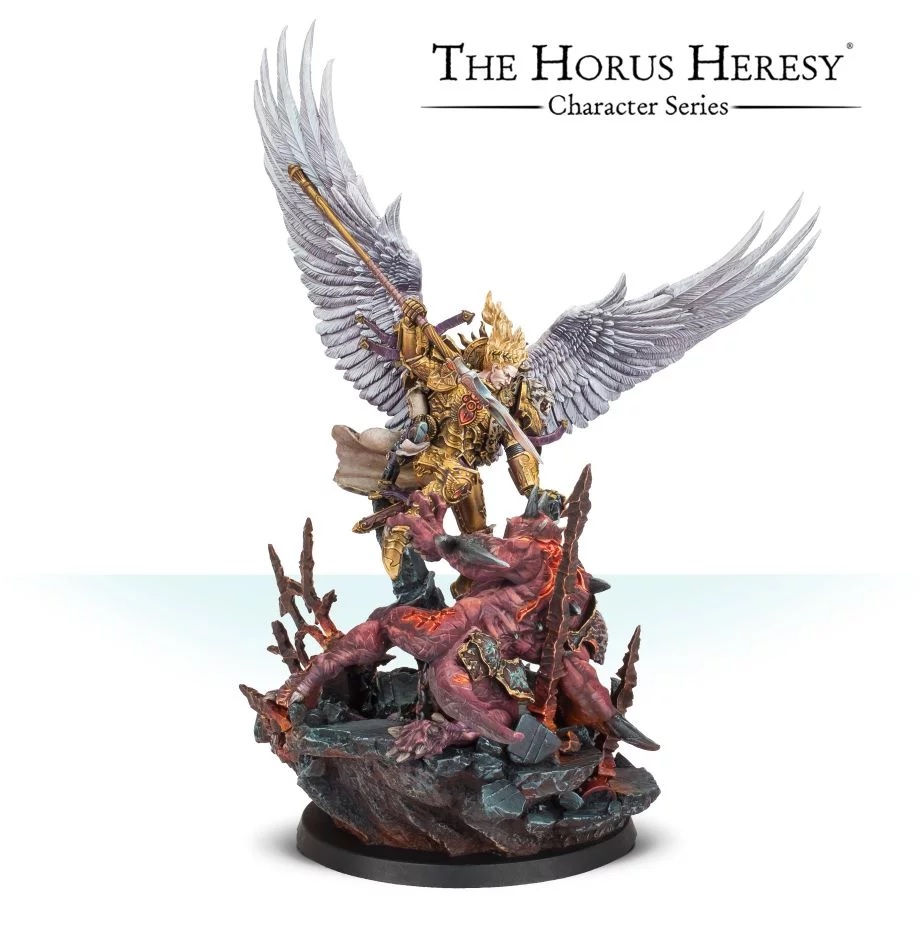 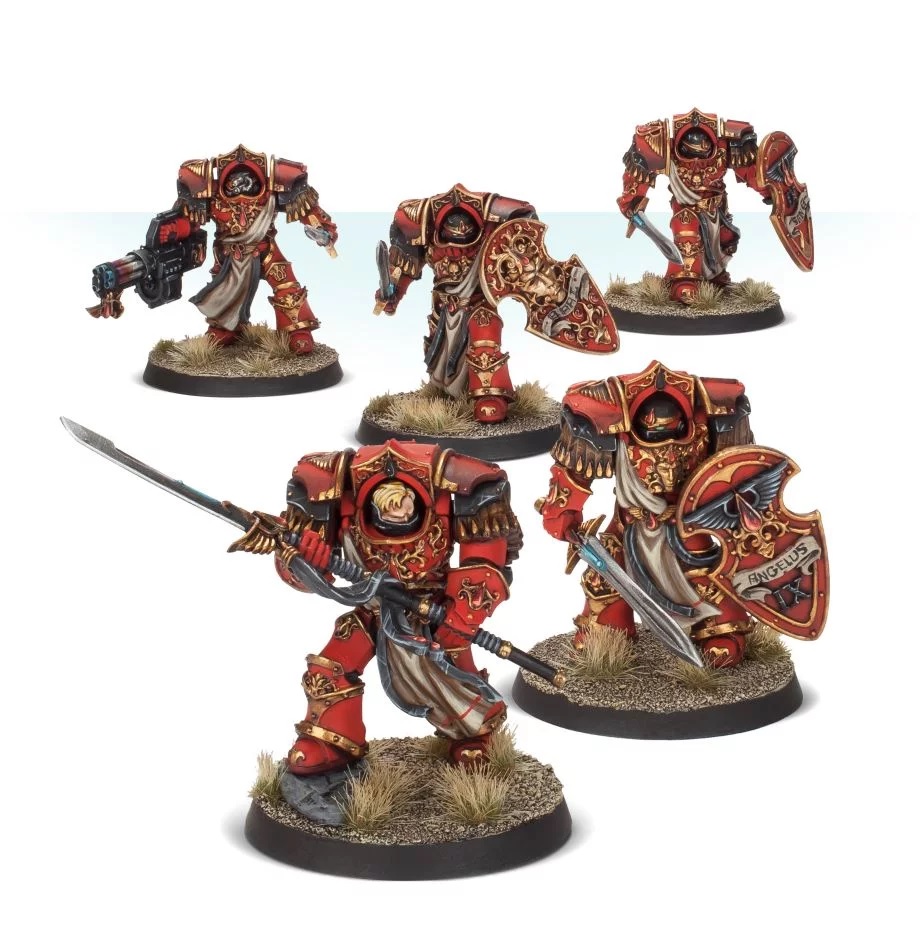 The Crimson Paladins of the Blood Angels stand as the guardians of the Primarch’s halls, a grim counterpart to the Golden Seraphs, the Sanguinary Guard. When these warriors take to the field, clad in the reliquary armour of their Order and cloaked in the names of the immortals, they stand as a bulwark against the foe and a shield for the sons of Sanguinius. They form the unyielding anchor upon which the Crimson Host turns – a single unshakeable bastion of blades and power shields. By their sacrifice and indomitable resolve are the Blood Angels freed to give vent to the noble fury of their Legion.

This multipart resin kit contains the components necessary to assemble 5 Blood Angels Crimson Paladins. Each wears a suit of Cataphractii Terminator armour, the baroque design and embellishments making each model unique within the squad. Each is armed with a power sword and storm shield, bringing the fury of the Blood Angels to bear against foes in brutal close combat. The kit also includes components to arm one model with an Iliastus pattern assault cannon, and to replace the sergeant’s weapons with a two-handed blade of perdition.

This kit is supplied as 38 resin components, and comes with 5 40mm round bases.

The Blood Angel’s finally have their Primarch…

40K: Warzones of the Future